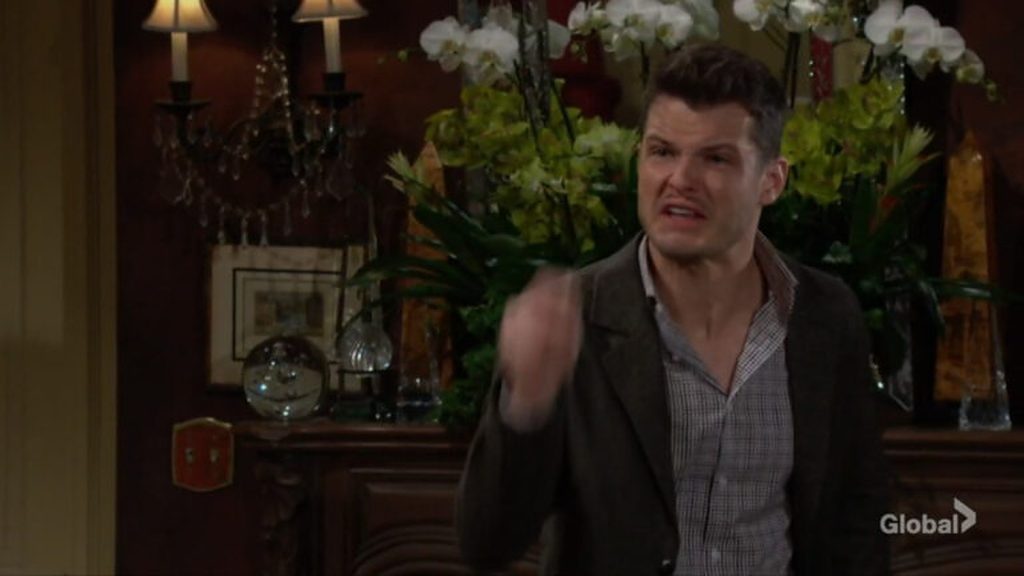 Y&R/Kyle (Michael Mealor) is pissed off with Ashley
News

The Young And The Restless spoilers for December 8, 2022, reveal that Victor won’t like how Jeremy is in town and possesses a huge threat. So, he will want to protect his family at any cost. Elsewhere, Kyle will lash out at Ashley for picking up on Diane again, which will shock Ashley. But she will have more things to witness later. Keep reading to know what Y&R has in store this time.

Victor’s Desire To Protect The Family

On Thursday, Victor will decide to take some steps to keep Jeremy out of his family. The Young And The Restless spoilers show Victor considering Harrison as his grandson. So, he won’t want the kid to get into any problems. The same applies to Summer, Ashley, and even Phyllis as well since she is Summer’s mother. Above all these people, Victor’s first priority will be Nikki. He doesn’t like how she is also linked in this mess indirectly, even though she wasn’t the one who called Jeremy.

Whatever the case, Victor will take some necessary actions. Victoria will also have some questions for Nikki and will want to understand her role in summoning the criminal. Elsewhere, Nick will challenge Summer to stay away from his love life. Fans know that Summer dislikes Sally and would never want her father to get even closer to her. However, things have changed big time, and Summer is worried for Nick. So, he will simply ask Summer to stay away since he can take care of his emotions. Later, Summer will also confront Phyllis and will blast at her for summoning Jeremy and putting her family in danger.

The Young And The Restless Spoilers: Kyle’s Verbal Attack

Next, Kyle won’t like how Ashley is stubborn not to let go of her desire to drive Diane out of Genoa City. The Young And The Restless spoilers claim Ashley will find that Diane slept in the guest room and will get immediately pissed off. Jack was the one who offered Diane to stay because he worries about her. But seeing her first in the morning will piss Ashley off, and she will again try to pick on Diane. Kyle will intervene in between and will lash out at Ashley for behaving so childishly. This might leave Ashley to seek some help from Tucker.

However, Ashley will witness something more shocking when she sees Tucker with Audra after their hookup. Tucker will immediately try to defend himself and will remind her that she hasn’t committed to him. Moreover, it was just something casual and had no feelings behind it. If Ashley shows a bit of jealousy, it will be a green signal for Tucker to hope for a future with her. Ashley will need to watch her steps and not get into Tucker’s trap. The Young And The Restless airs every weekday on CBS. For more updates and spoilers, visit our website, TV Season & Spoilers.