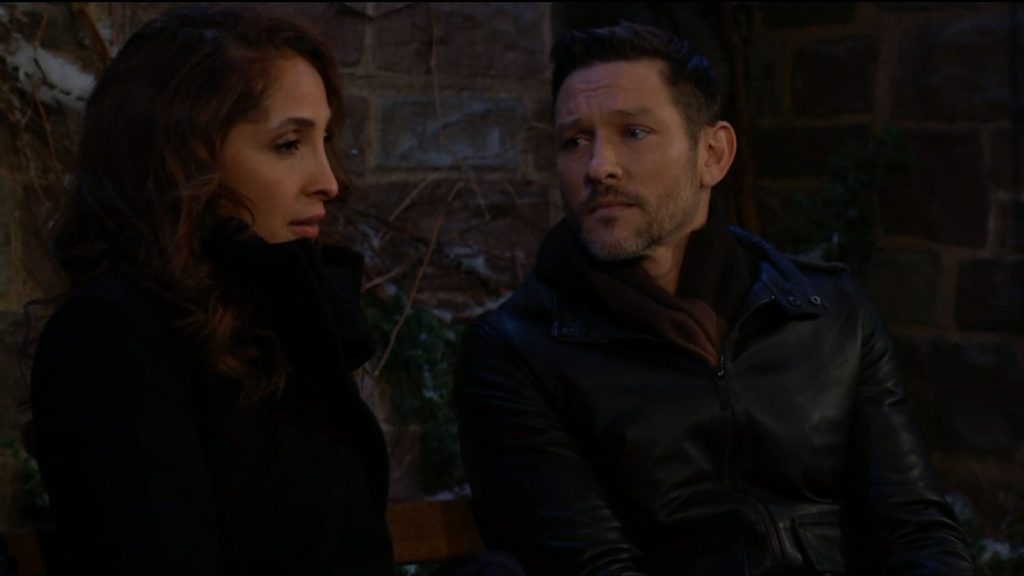 The Young And The Restless Spoilers For January 12, 2023: Chloe Sets A Trap, Daniel Makes A Promise

The Young And The Restless spoilers for January 12, 2023, tease that Chloe will set a trap for Nick. This might be related to Sally’s dilemma about knowing who the father is. Will Nick fall into this trap? Elsewhere, Daniel will make a promise to Lily, who will be upset with her life and the people she bonds with. Meanwhile, Chelsea will help Billy when he will struggle with his break up with Lily. Keep reading and find out what Y&R has in store for the viewers in today’s case.

Chloe Sets A Trap For Nick

First, Chloe will decide to set a trap for Nick. The Young And The Restless already showed how Chloe promised Sally to help in finding the father of her baby. So, this trap might be to find out if Nick is the baby of the father or not. Chloe might want to collect Nick’s DNA to see if he is the one or not. She may have a conversation with him and secretly hide his water bottle or glass to get some DNA.

If not this, she may strike up a conversation with Nick to find out if he will be happy to have children at this age. She might act like she is planning to have another kid with Kevin just to see how he reacts to her wish. Whatever it is, Sally will await her updates and will pray that Chloe shouldn’t make Nick suspicious. Other spoilers say Nick might actually end up falling in her trap. So, we have to see what Chloe will do and how Nick will react or answer to her.

The Young And The Restless Spoilers: Chelsea Helps Billy

Further on The Young And The Restless, Chelsea will try to comfort Billy after he confesses that his relationship is over. The spoilers say Billy will feel bad for sharing all his worries with Chelsea while she herself is recovering. However, Chelsea will assure that she is willing to help anyone who needs her, especially Billy. When Chelsea was going to end up her life, it was Billy who saved and her and was there for her throughout. So, when he is in pain, she can never think of leaving him.

In the meantime, Lily will also have a conversation with Daniel. She will share about her relationship failure. Other spoilers say Lily will also share her fear with the people she is bonding. Whenever she bonds with someone due to business, it always ends up in tragedy. Starting with Nate, Billy, and now Devon, everyone have distanced themselves from Lily. So, she will fear that working with Daniel is also not the right thing to do.

As for Daniel, she will assure her that no matter what happens, he will never let anything come between their bond. He will make it clear that the friendship he has with Lily is something that means a lot to him. Chances are there that Lily and Daniel’s past feelings might also get triggered in the upcoming episodes. We have to wait to see how they will end up being a couple. The Young And The Restless airs every weekdays on CBS. For more updates and spoilers, visit our website, TV Season & Spoilers.