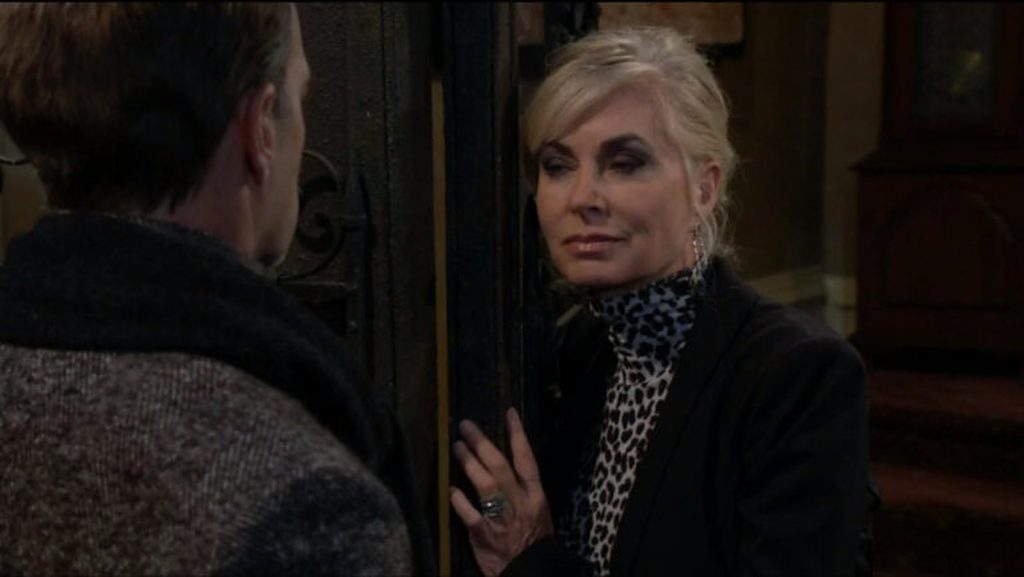 The Young And The Restless Spoilers For January 13, 2023: Tucker Asks For Another Chance, Jack’s Risky Move For Diane

The Young And The Restless spoilers for January 13, 2023, reveal that Tucker will ask Ashley to give him another chance. As for Ashley, she might come up with a plan but, at the same time, might also not be able to stop her feelings for Tucker. Over with Jack, he will want to make a risky move for Diane’s sake, but she will ask him to back off. At Society, Kyle will have a secret meeting with Victor, but Adam will pop from nowhere. Continue to read further and find out what your favorite characters are up to in today’s episode.

On Friday, Victor will call Kyle to meet him at the Society. The Young And The Restless spoilers say Kyle and Victor will decide to have a secret meeting with each other. However, once Kyle reaches Society, Adam will pop from nowhere and will have a clash with Kyle. It will just increase Kyle’s hatred for Adam more, making it easy for Victor. Once Victor comes, he will be clear that he is not there to talk about Diane or someone else.

Victor knows Kyle also wants Adam out of the company. Since they share the same intention, Victor will wish to hire Kyle on his team to take down Adam. For Adam to join Newman Media, he will first have to leave his job at Jabot which he won’t do that easily. So, Victor will want Kyle to help him set a trap for Adam, which will eventually cost him his position in Jabot. Once he is fired or quits his job himself, that might make Victor’s path easy to call his son in Newman Media. So, Kyle and Victor will team up for that.

Elsewhere, Jack will be planning something with Diane. Since Diane needs to pass Jeremy’s loyalty test, she will now have to steal Nikki’s jewelry. But Jack will want to help

her with that, so he will offer to steal them on her behalf. Diane won’t allow Jack to make a risky move for her sake, so she will want him to back off. Will Jack really listen to Diane this time? We will know that soon.

The Young And The Restless Spoilers: Tucker Asks For Another Chance

Further, after Audra is exposed, Tucker’s business plans will fail miserably. His own son will also turn against him, in all this chaos, he will want Ashley to stay with him at least. The Young And The Restless spoilers claim Tucker will ask for another chance from Ashley. He won’t want to lose her and will beg to trust him this time.

Even though Ashley might not want to trust him back, she might do make a bold move. Chances are there, Ashley might want to get out of the town from all the chaos for a few days and ask Tucker to join her. If not, she might return to town earlier than expected since she won’t be able to stop her feelings for Tucker. After hitting the sheets, Ashley might now feel more attracted to Tucker than before. Stay tuned to see if Ashley is planning to use this opportunity to trap Tucker in a fake romance. The Young And The Restless airs every weekdays on CBS. For more updates and spoilers, visit our website, TV Season & Spoilers.