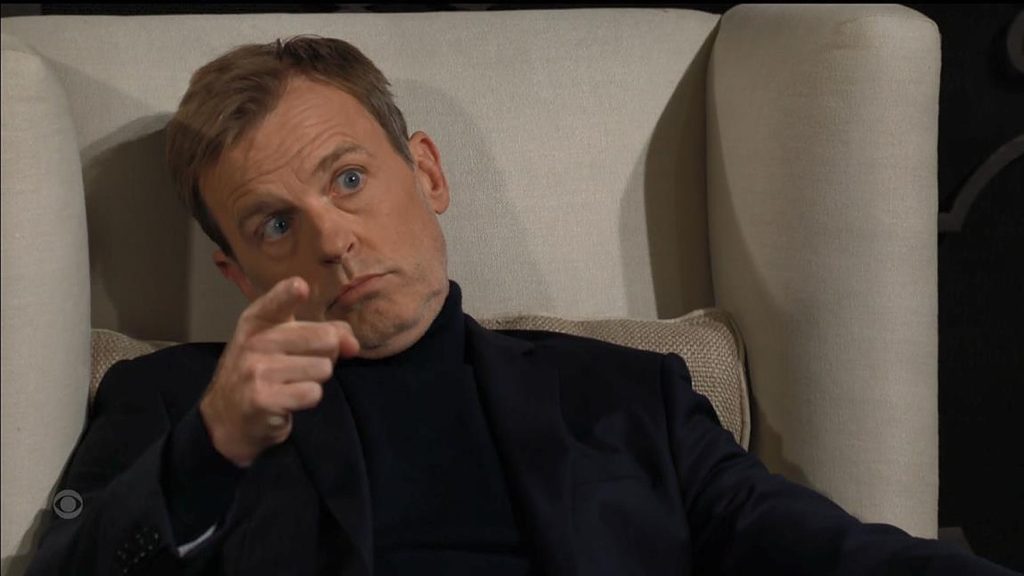 The Young And The Restless spoilers for November 15, 2022, reveal that Chance will give divorce to Abby. However, she won’t want to do that and will ask him for another chance. Will Chance be willing to give one to Abby? Across the town, Tucker will have another meeting with Audra in today’s episode. He will finally reveal his whole game plan and how he is going to execute the takeover. Was Victor right when he sensed That Tucker might have a huge takeover plan? Keep reading to find out what is brewing in Genoa City.

On Tuesday, Tucker will have another shady meeting with Audra. One in which he will spill out his whole takeover plan. The Young And The Restless spoilers say Tucker was not just wanting to takeover Chancellor-Winters, but also Jabot. As Victor sensed, he was indeed in here in Genoa City for something really big. Turns out that he wants to take control of the whole empire and business.

However, Tucker still wants to get back with Ashley. He does want to take control of the whole empire, but he is dreaming about all this, along with Ashley in that. Tucker wants Ashley to be the CEO of Jabot, and they should become the power couple in the town. For that, Tucker will lay out the strategy that is going to approach in this plan. Looks like Tucker will first turn brother against sister, that is, turning Devon against Lily. Once he does that, it would be easy for him to combine all the shares with Devon. As far as Ashley is concerned, it will be easy for him to turn her against Jack. Tucker knows how much Jack is connected with Diane, so Ashley obviously will bicker with her brother regarding that.

Speaking of Diane, Ashely will give her intel about Jeremy’s release. As decided earlier, Nikki and Phyllis will also help her in scaring Diane. They will ask Diane to leave the city since Jeremy might return

to take revenge on her. However, even if Diane is scared, she would certainly won’t want to show it in front of her enemies. Will Diane choose to leave the city? We will know that.

The Young And The Restless Spoilers: Chance Hives Divorce To Abby

Over with Chance, he will ask Abby to surrender to her feelings. He knows it very well that he can’t give her the life she wants. Chance is a detective, and his job demands him to be on alert all the time, and in that, he can’t spend time with his family. The Young And The Restless Spoilers show that Chance will decide to divorce Abby so she can happily live with Devon.

As for Abby, she will hope to get back with Chance again. But he will be clear that Devon is the right one for Abby, and there is nothing much to fix between them. Whatever it is, Chance and Abby’s marriage will end soon. Stay tuned and watch The Young And The Restless, it airs every weekdays on CBS. For more updates and spoilers, visit our website, TV Season & Spoilers.de