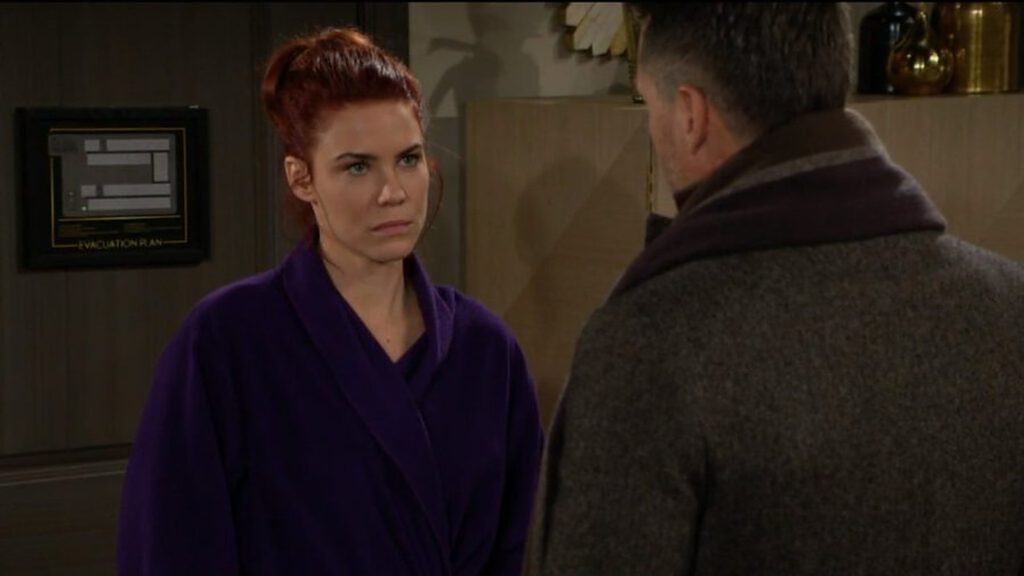 The Young And The Restless spoilers for January 20, 2023, Nick will find Sally sick again, he will doubt if it is morning sickness. This is where Sally will finally confess about her pregnancy to him. Elsewhere, Nikki will grill Jack and Diane for spilling the half-truth. She won’t believe that Jeremy is going to such lengths to steal her necklace. Not just Nikki, Chance will also have the same concerns that something is wrong with the investigation. What is Chance suspecting? Keep reading to know what Y&R has in store.

Victor Persuades Kyle To Team Up With Him!

First, Victor will approach Kyle since they both have the same goal. Both of them don’t want Adam to continue working at Jabot. Since Victor already has a plan, he will want Kyle to team up with him. The Young And The Restless spoilers reveal that Victor will persuade Kyle to help him achieve his goal. As for Kyle, he already is having enough drama at home with Summer. Teaming up with Victor will add more to that.

However, it will get really difficult for Kyle to deny Victor in his plan. He will be extremely persuasive, and a part of Kyle also wants Adam out. So, he will team up with Victor to make Adam lose his Jabot position. Victor will ask him to make a dirty move against Adam and set a trap for him to fail. Once he pulls this off, Victor will have other tasks lined up for Kyle. In the meantime, Jack and Diane will land in a tough spot.

Looks like Nikki won’t believe their story about Jeremy’s arrest. She will grill both Jack and Diane to spill the truth since she will senses they are fabricating the information. Not just Nikki but Chance will also be disturbed by the case. He will suspect that Jeremy stole only one necklace

while he could have stolen more. The whole case will look just too neat and clean for Chance to believe.

The Young And The Restless Spoilers: Sally Spills The Pregnancy Truth

Further, on The Young And The Restless spoilers, Sally will face some problems ahead of her big pitch to Jill. The spoilers say Sally will have morning sickness and will struggle with that. Nick will come to wish her luck but will find her sick in her bathrobe. Given how Sally has been behaving weirdly lately, Nick will suspect it is morning sickness.

Speaking of Sally, she will realize that hiding such a huge secret is not going to help at all. So, she will finally come clean about her pregnancy with Nick. Will Nick discover that Adam might also be the father of the baby? If he does, how will he react to it? Adam still doesn’t know about Sally’s pregnancy, once he does, it will be a game-changer. He still has feelings for Sally, so he might again start convincing her to get back with him. The Young And The Restless airs every weekday on CBS. For more updates and spoilers, visit our website, TV Season & Spoilers.