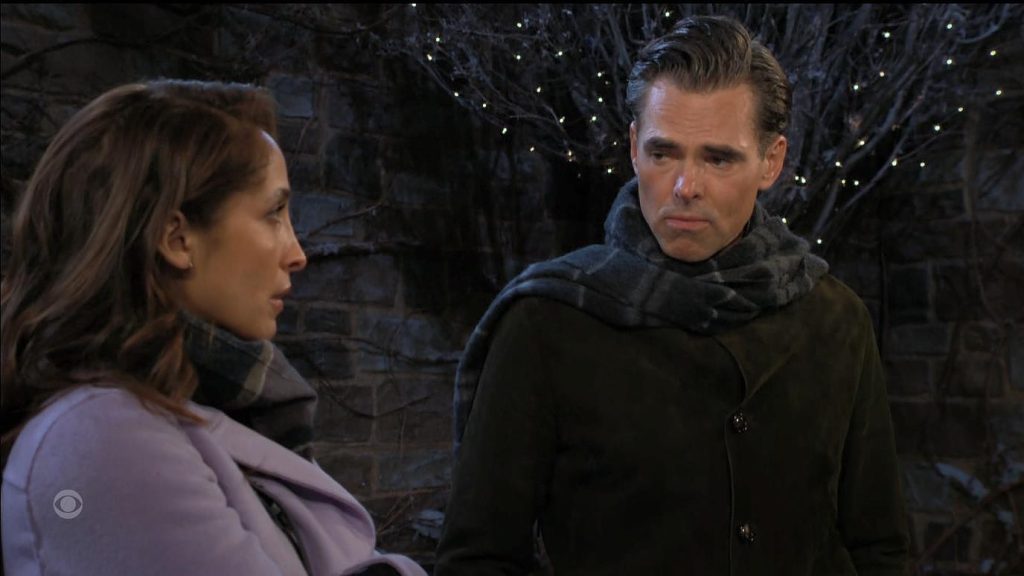 The Young And The Restless Spoilers For The Week Of January 2-6, 2023: Sally’s Pregnancy Result Out, Lily-Billy Break Up

The Young And The Restless spoilers for the week of January 2-6, 2023, reveal that Sally’s pregnancy test results will finally be out. Is she really pregnant, or was just having some stomach issues? Elsewhere, Billy will again make yet another blunder leaving Lily to make a final decision. Elsewhere, Victor will also be plotting some wicked plans. Who is he targeting this time? Keep reading to know what is brewing in Genoa City.

Sally’s Pregnancy Test Result Are Out

Next week, Sally will ask Chloe to help her to get a pregnancy test done. The Young And The Restless spoilers for the week of December 2-6, 2022, claim once Sally gets her results, she will fret over her future. Looks like the test results will be positive, confirming that she, indeed, is pregnant with a Newman heir. However, she won’t know who might be the father. Fans know that Sally slept with both Adam and Nick, which will make her fret over the consequences.

Later, Sally will cross paths with Adam and will be scared. The Young and the Restless spoilers say Adam will be extra nice to her while talking. Sally will wonder if he knows that she is pregnant. Once she asks him, he will tell her that she knows why he is talking like that. He’ll again make it clear to her that he has feelings for her and thinks Nick doesn’t deserve to be with her.

While Adam is concerned about his feelings, Victor will be plotting wicked plans. Fans know he dislikes Sally a lot and has advised his sons to stay away from her. But no one listens to him! Victor will now decide to drive Sally out of town. However, he doesn’t know that she is carrying Newman heir, which will also go with her if she leaves the town.

The Young And The Restless Spoilers: Lily-Billy Break Up

Over with Billy and Lily, they will continue to have troubles in their relationship. The Young And The Restless spoilers suggest Billy will make another blunder. Instead of making any New Year plans with Lily, he will meet her in the park. This will be the time when Lily decides they need to take a break. So, it will be interesting to see how Billy will react to her breaking up with him this New Year.

Talking about break up, another couple will also be facing the same trouble. It will be none other than Kyle and Summer. In the upcoming days, she will rant to her brother about what Phyllis is doing and how that is impacting her marriage. Other The Young And the Restless spoilers say Kyle and Summer will face some problems in their marriage in the coming days.

On the other hand, Abby and Devon will again hit the sheets. Since they both are single, they won’t be able to control their feelings for each other now. Chances are there, they might even make their relationship official. Stay tuned and watch Y&R as it will air more emotional-packed episode in the future. The Young And The Restless airs every weekday on CBS. For more updates and spoilers, visit our website, TV Season & Spoilers.