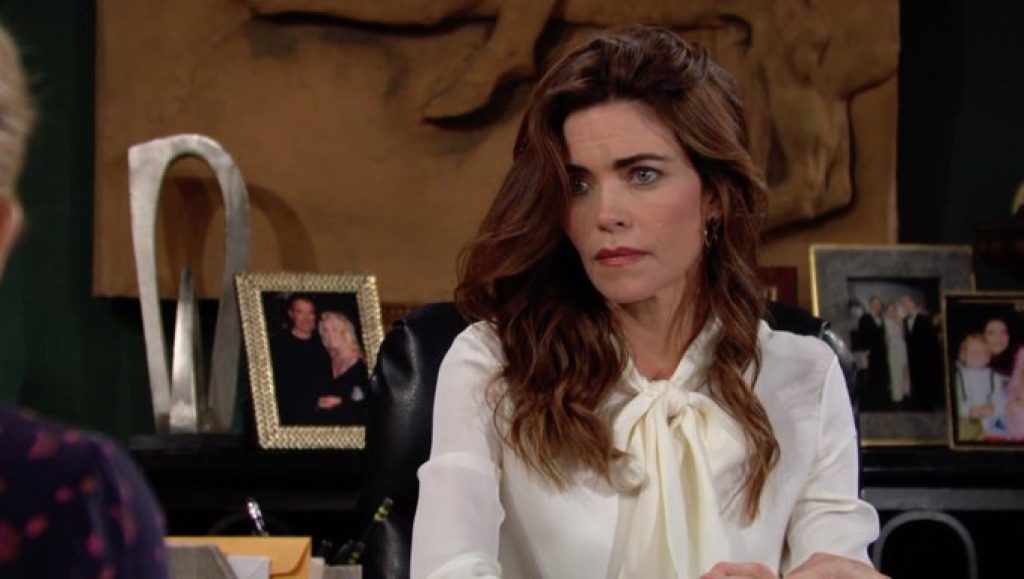 The Young And The Restless Spoilers For Monday 6, 2022: Victoria’s Rebellious Decision, Adam Disappointed

The Young And The Restless spoilers for Monday- June 6, 2022, are out, and it reveals that Victoria will make a decision. She will assert her independence and stop Ashland from leaving Genoa City. She will be mad at her father for doing what he did, and she will make her stance clear. Next, Adam will be enraged when he realizes the whole Victoria situation. His dreams will shatter, and the person to break all his dreams will be none other than Victor. What would he do? Here is everything about it.

Victoria will tell Victor that Ashland might not be a saint. But he loves Harrison, and it is just cruel of him to do something like keeping a father away from his son. She will point out that Victor sunk too low this time, and it is something that she cannot be okay with. Victoria will be even more furious because Ashland did all of this while she was out of town.

After this, Victoria will make it clear that she will not let Victor control her life, and hence she is making a decision. As per the latest The Young And The Restless spoilers, Victoria will decide to leave the Newman family and the business. She will tell everyone that she is planning to step away. However, Nikki will make moves and try to stop Victoria from taking things this far.

While Victoria is still in Genoa City, she will pay Ashland a visit. And when she reaches there, she will find him packing his stuff. This will enrage her. She might land in Ashland’s arms and plant a passionate kiss on him. Would things get steamy there? It is for sure a possibility.

The Young And The Restless: Adam Gets Hopeful, Disappointments Follow

While Victoria fights with Victor, Adam starts getting hopeful. He will feel that since Victoria is anyway leaving, he could take over the Newman business. However, his dreams will shatter when Victor decides to keep Victoria’s position open for her. Adam will feel that Victor gives Victoria too many chances than she deserves.

He knows that Nikki is the Co-CEO of the business, and he is ready to manage the business. But when Victor shuts down the idea of Adam being the Co-CEO, Adam will be enraged. He will start to lose patience, but thankfully he will have Sally by his side. Sally will ask him to be patient and hope he keeps his eyes on the price. Would Adam be able to be patient? We will know soon. Much Newman family drama is coming up on the soap opera in the upcoming days. Make sure you tune in and enjoy.