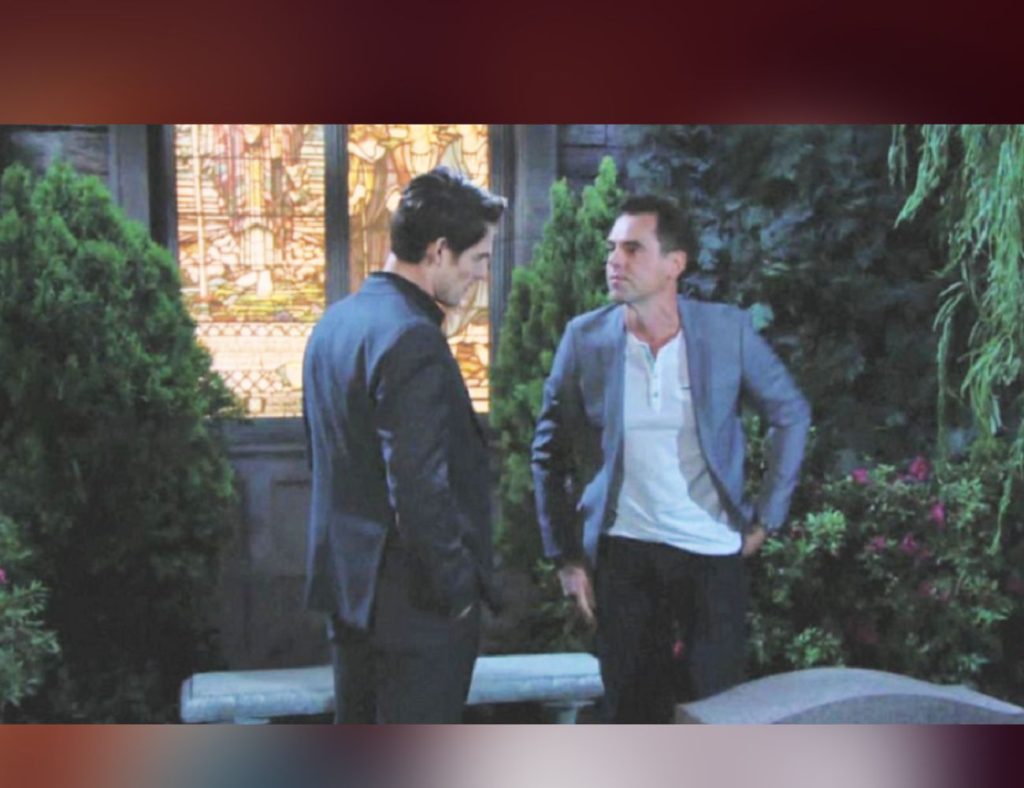 The Young And The Restless Weekly Preview Video For The Week Of December 5-9, 2022: Adam And Billy Face-Off, Summer Issues Phyllis A Warning

The Young and The Restless Weekly preview for December 5 to 9, 2022, reveal that Summer is going unleash hellfire on her mother, Phyllis, for her reckless acts. Meanwhile, Audra takes a step forward in some risky behavior of her own and attempts to seduce Noah. In the other part of Geona City, Billy and Adam have a faceoff of their own regarding Chelsea. Looks like the upcoming week will be packed with some solid drama! Keep reading to find out what to expect.

Summer Rips Into Phyllis On The Young And The Restless

The Young and The Restless Weekly preview for December 5 to 9, 2022, reveal that Summer will call out her mother for her unthoughtful ways. She will angrily lash out at Phyllis for putting her family in harm’s way. A confused Phyllis will ask for an explanation. Summer will give her a piece of her mind. She will remind Phyllis that she has risked Harrison’s safety by bringing Jeremy Stark into their lives. When Phyllis told Jeremy that he could find Diane at Abbott Mansion. She not only risked Diane’s life, but she also put a target on Harrison’s back.

Phyllis has been so hell-bent on destroying Diane that she isn’t releasing all the damage that she is doing. When her earlier plans to chase Diane out of town failed, she brought in Jeremy to scare Diane on The Young and The Restless. However, she is not realising that Jeremy stark is a hardened criminal. And planting him in the lives of her loved ones could have devastating consequences. Summer’s anger on Phyllis over her actions is going to be shaking!

Meanwhile, Audra will be stepping up her game on the other side of Geona City. Ever since she told Noah about how she miscarried their baby, he has softened to her. Noah believes that Audra is probably looking for an apology from him on The Young and The Restless. However, it seems that Audra has a lot more in mind. From the minute she stepped in town she has had her eyes set on getting closer to Noah.

The Young and The Restless weekly preview reveals that Audra wants something more than just an apology from Noah. When Noah offers her his heartfelt apology, which he feels she deserves, she will strike! Audra will put her hot siren behavior to good use and try to seduce Noah. For a while now, the news has been going around that a steamy scene is about to air starring Audra. Thus, it’s safe to assume that she will succeed in her attempts and get Noah into bed with her.

Billy And Adam Have A FaceOff Over Chelsea

Billy and Adam both have been going up against each other over Chelsea on The Young and The Restless. So much so that it is turning into some sort of competition. The weekly preview reveals that Adam will step up to Billy and thank him for helping Chelsea in the dire moments. Having said that, Adam will advice Billy to now take a step back from her. Billy, however, will pay no heed to Adam’s advice. He will tell Adam that he has no intentions of abandoning Chelsea.

Adam will not look like he is willing to take no for an answer. His next round of advice might turn a little sour. The spoilers suggest that their verbal altercation might take a much dramatic turn in the upcoming episodes. So stay tuned to CBS over the next week to watch it all play out at length on The Young and The Restless. Meanwhile, tell us in the comments which of the above storylines you are most looking forward to. Check out the preview video here-