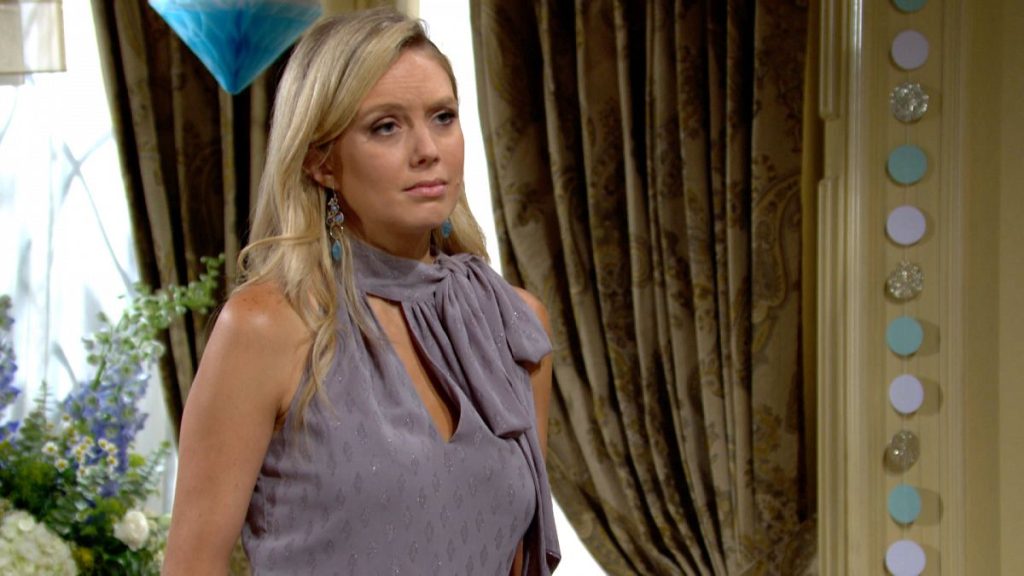 The Young And The Restless Spoilers For November 15, 2021: Abby Makes A Request, Lauren’s Gets Suspicious

The Young and the Restless preview video for the week of November 15, 2021, is out. And it reveals that Abby will have a request to make. She will ask Devon to take care of something and then make some hasty moves. Adam and Victor’s plan to take down ChancComm will be track and they will be happy about it.

More spoilers suggest that Lily and Billy will face some troubles and Lauren will become suspicious. What could she get suspicious about? Here is everything to know.

The Y&R preview video reveals that Abby will make a heartfelt plea in the upcoming days. She will tearfully ask Devon to take care of Dominic until she can put her head together. Y&R viewers know that Devon had already been thinking of something like this. While he didn’t want to bring it up because he thought that it would make Abby’s pain worse, it looks like Abby will bring it up herself. So, things will work out for Devon.

More related The Young and the Restless spoilers suggest that Devon will tell this to Amanda. She isn’t the kind of person who would stand between Devon and Dominic. So, she might assure Devon that she is more than fine if he brings the baby to their place. So, Devon and Dominic will get comfortable at the penthouse.

The Young And The Restless: Adam And Victor Are Ecstatic

On the other end of the town, Adam and Victor will be ecstatic when they realize that their plan is working. They have been after ChancComm for some time now. When the plan works, they will be over the moon. Adam will gloat about the well-executed plan, and he will pra ise Gaines for the marvelous act he has pulled off.

However, Y&R spoilers suggest that Gaines won’t be too happy because he was forced to do all of this. But, he might hope that now, Adam and Victor will let him go. He has done everything they asked him to. So, Adam might suggest that they are done for now. But they will want him to come back if anything else comes up.

Celebdirtylaundry.com reports that Billy and Lily will fall into Victor and Adam’s trap. That will do some serious damage to the company. So, Victor and Adam will have a number of reasons to celebrate. However, The Young and the Restless spoilers suggest that Billy will not give up just yet. He will put up a fight.

Lauren Has Her Doubts

The Young and the Restless preview video reveals that Lauren will have her own doubts when it comes to Jack. Jack will start being objective about Phyllis Summers.

So, Lauren will point that out and wonder if Jack is hoping for a reunion. She will put Jack on the spot and speak to him about what he is thinking regarding Phyllis. So, he will think about his future once again.

Y&R spoilers suggest that some big storylines are coming up around Jack and Phyllis in the upcoming days. So, make sure you tune in and enjoy. Tvseasonspoilers.com will keep you updated with all the news about the soap as it surfaces. So, stay tuned. This upcoming week of The Young and the Restless will be full of action. Don’t miss the drama.