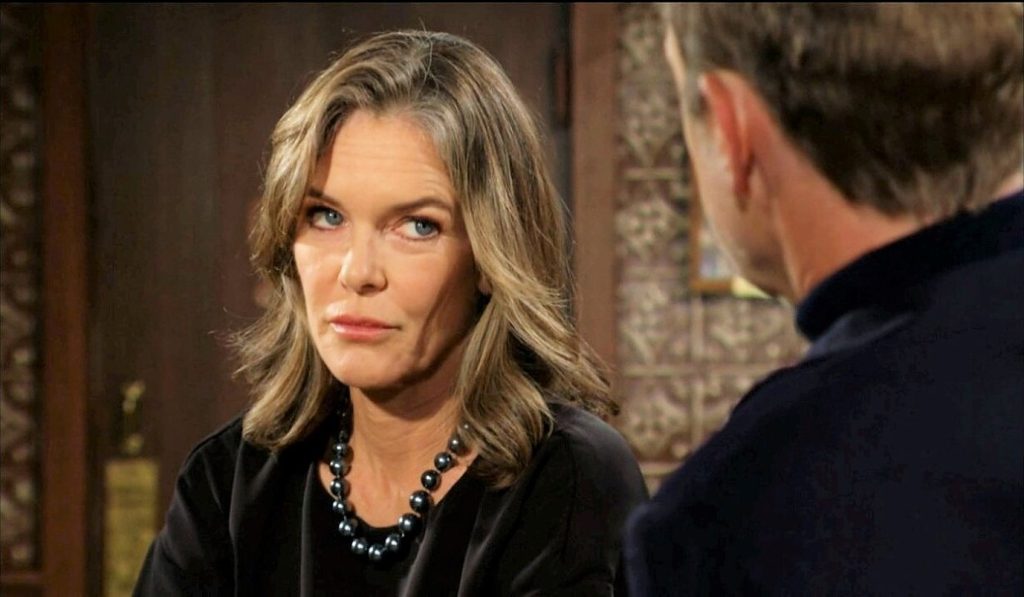 The Young And The Restless Spoilers For November 18, 2022: Diane Threatens Tucker, Ashley-Jack Clash

The Young And The Restless spoilers for November 18, 2022, reveal that Diane will threaten Tucker and will warn him not to ruin her happiness. She won’t want him to interfere in her plans to get back with Kyle and Jack. On the other end, Jack will have a face-off with Ashley. She won’t understand why Jack is so blind to see Diane’s deception. However, Jack will just wants Ashley to leave Diane alone. Will Ashley be willing to do that? Keep reading and find out what is going to uncover in today’s episode.

First, Ashley will wonder why Jack is not noticing Diane’s true color. The Young And The Restless spoilers say Jack won’t understand why Ashley is hell-bent on driving Diane out of town. He already warned Ashley not to meddle in Diane’s business. However, seeing that Ashley hasn’t stopped, he will want to warn his sister again.

As for Ashley, she will certainly get frustrated with Jack and won’t know how to open his eyes and let him see that Diane hasn’t changed, really. Fans know that Jack is struggling to believe Diane after her confession. Even though he is trying to support Diane, that doesn’t mean Jack blindly believing her on whatever she says. Jack knows that if Kyle faces another betrayal from his mother, he will certainly lose hope and will be devastated.

Speaking of Diane, she will threaten Tucker and will also warn him to stay away from her plans. She has taken immense efforts to get back with Kyle and Jack. So, she won’t want anyone to ruin it. However, Tucker won’t be bothered by her warnings at all. Instead, he will find it funny that Diane is coming and threatening him. But Diane continues to piss off Tucker, then he will also show her what he is made of. So, it is better for Diane to watch her steps and think before she talks.

The Young And The Restless Spoilers: Nick-Sally’s Relationship

Looks like they will make an agreement. One that allows them to get closer to each other. Although Sally is head over heels for Nick, she won’t want anyone to hurt her further. Y&R spoilers tease that these two will face some troubles and will have to tackle some complicated situations. Stay tuned and watch The Young And The Restless, it airs every weekday on CBS. For more updates and spoilers, visit our website, TV Season & Spoilers.