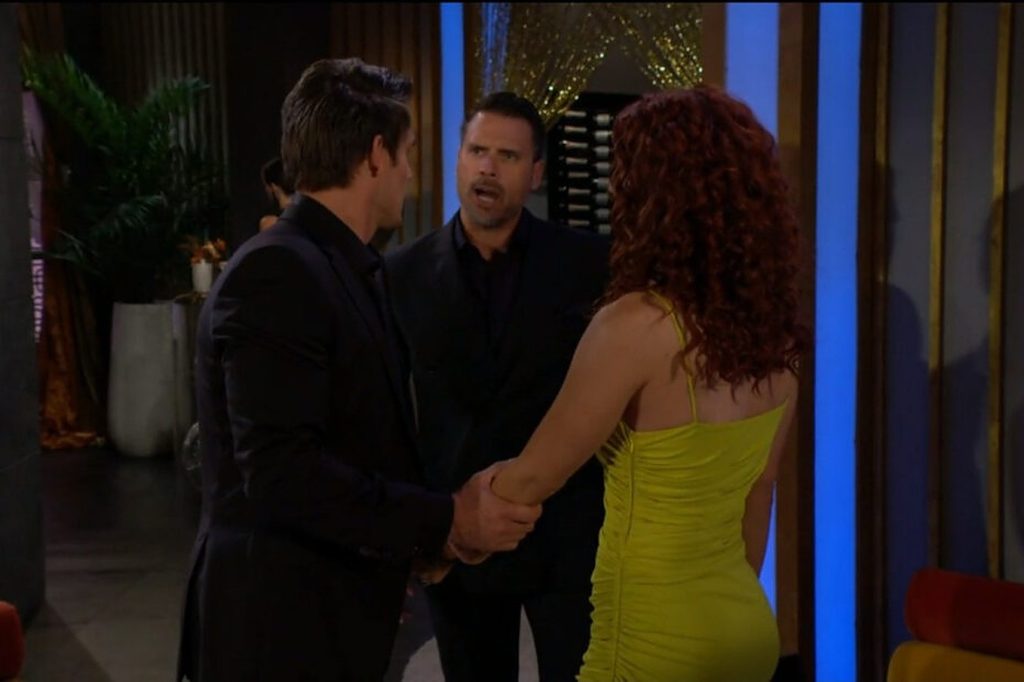 The Young And The Restless Spoilers For November 22, 2022: Adam-Nick Feud, Lily To Hire Daniel?

The Young And The Restless spoilers for November 22, 2022, tease that Billy will help Chelsea make a decision. Since Billy is liking how Chelsea is becoming positive day by day, he will decide to be with her no matter what happens. Across the town, Daniel will want to know what happened with Lily and other past few years when he wasn’t around. However, once the conversation changes, Lily will feel like Daniel can be a perfect fit to replace Billy’s COO position. Elsewhere, Nick and Adam will continue to clash for Sally. Keep reading to know what uncovers in today’s episode.

First, Chelsea will discuss about her conversation with Connor with Billy and will tell him that Adam was really helpful in that. The Young And The Restless spoilers say Billy will feel immensely relieved now that he can see Chelsea is having some positive thoughts. However, Chelsea will have another thing in mind that she’ll have to look at.

Other The Young And The Restless spoilers say Chelsea will now have to make some decisions. It might either be regarding her career or something else. Whatever it is, Billy will remain to be her support and will stay by her side whenever she needs it, even if Lily asks him to back off. Speaking of Lily, she will be with Daniel in Society. Since Daniel was away for all these years, he will catch up with Lily on how things have been. As for Lily, she will wonder why Daniel is in town. So, he will inform her that he wants to be with Phyllis this Thanksgiving and might also stay for longer.

Once Lily asks about his art career, he will say he is willing to use his skills in other fields where he will get good pay. Hearing this, Lily will feel that Daniel might be the right person to replace Billy’s COO place in Chancellor-Winters. Chances are there that Lily might offer Daniel this job. Regardless, Daniel might have few secrets within him now that he has suddenly returned to town. Chances are there, he might also be working for Tucker. But before that, we will have to look at how Lily and Daniel will add to the storyline since they are ex-lovers.

The Young And The Restless Spoilers: Ashley Discovers Tucker’s Secret

Further on The Young And The Restless, Ashley will discover Tucker’s secret. She will find that Tucker is plotting to steal Jabot’s financial stability information. So now, Ashley will not just have to look for Diane’s dirt but also Tucker’s. she will continue to scheme against Diane despite Jack’s efforts to stop her. As far as Tucker’s secret is concerned, Ashley will use that info at the right time.

At the Glam Club, Adam will receive a blunt reply from Sally for his marriage proposal. Of course, she will reject his offer, but she will do it in a rather different way. Looks like Sally will lash out at Adam for his constant attempts even when she doesn’t need it. In the meantime, Nick will feel the need to interfere and stand for Sally. The spoilers say that Nick might attack Adam. It might either be a verbal attack or, in the worst-case scenario, even a physical attack. Whatever it is, Nick will stand for Sally. The Young And Restless airs every weekday on CBS. For more updates and spoilers, visit our website, TV Season & Spoilers.