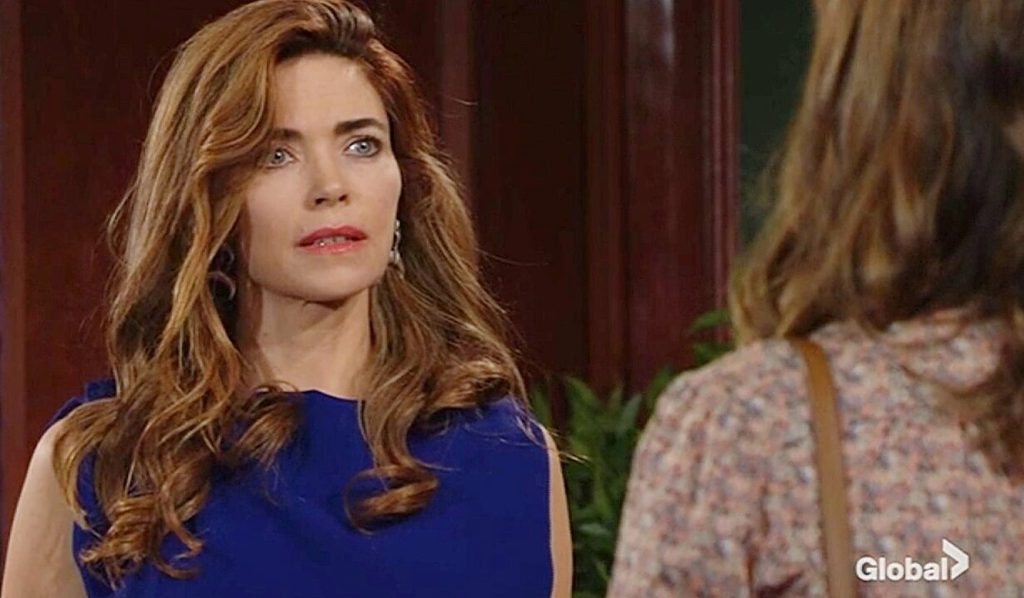 The Young And The Restless spoilers for October 27, 2022, tease that Sally will lose her CEO position. While Nick feels guilty for everything, Sally will know that he has nothing in his hands. On the other end, Victoria will set new boundaries for Chelsea and Johnny. In any case, she won’t want Chelsea to put pressure on Johnny. Looks like both Sally and Chelsea will be having a pretty bad day in today’s episode. However, there will be someone who will come to make Sally’s day even worse. Who could it be? Keep reading to know what is brewing in Genoa City.

On Thursday, October 27, 2022, Nick and Sally will sit to have a serious chat. Over there, Nick will inform Sally that he has got bad news for her. The Young And The Restless spoilers tease Nick will inform Sally that she has been fired from the CEO position. This news will completely devastate Sally since she tried her best and gave her all to make people aware of her capability. So, this news will just make her feel that all her efforts went down the drain.

However, Nick will continue to feel guilty since he wasn’t able to convince Victoria to make Sally stay. Earlier also, Nick was the one who saved Sally’s position, so she will know it is not Nick’s mistake. Whatever the case, Sally will be devastated by this news. In the meantime, when she learns that Chloe is getting the boot, it will frustrate her even more.

Later, Nick will have a chat with his mother, where he will share his ordeal. Nikki will advise Nick that it is important to keep personal and professional separate. And when it comes to prioritizing, the business should always come first. The Young And The Restless spoilers claim that Nikki will want Nick to respect Victoria’s decision.

Sally will continue to struggle with the sudden blow. So, she will decide to spend some alone time in Society. Well, looks like Phyllis will cross paths with Sally at the wrong time. Phyllis will rub the fact on Sally’s face that Diane was right in targeting her. She is already having a bad day, Phyllis’ presence and harsh words will make it worse.

The Young And The Restless Spoilers: Victoria Sets New Boundaries

Next, Victoria will offer the CEO position to Nate. As far as Victoria is concerned, she is better off keeping Nate as CEO instead of Sally. Once Sally is fired, she will immediately offer Nate the position. Whether he accepts the job or not, we will know soon.