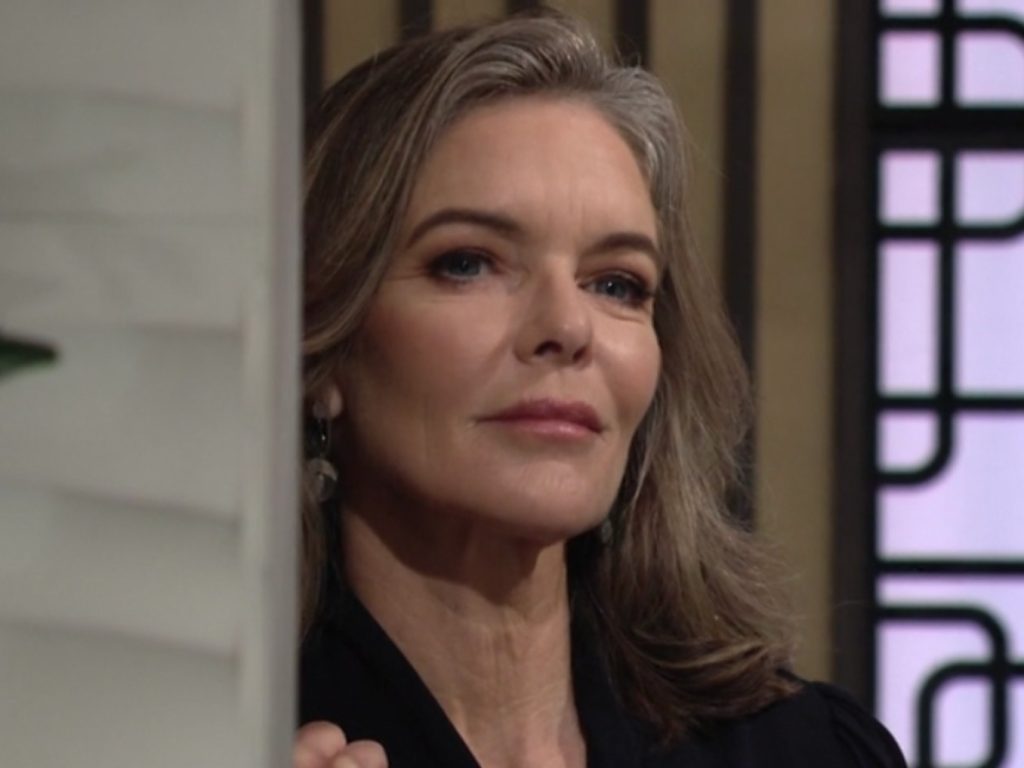 The Young And The Restless spoilers for October 3, 2022, tease that Nikki and Phyllis will plot plans on how to expose Diane with Deacon’s evidences. However, Diane will catch both of them plotting. Over with Tucker, he will land in a helicopter and ruin Kyle and Summer’s vow renewal ceremony. Elsewhere, Billy will comfort Chelsea as she remains deeply troubled about Johnny’s rejection. Let’s read further to know what is brewing in Genoa City.

Previously we saw The Young and the Restless preview video that revealed how Summer and Kyle were excited about their vow renewal ceremony. She specially mentioned to her mother that she didn’t want any interruptions. Well, it looks like if not Phyllis, then someone will barge in to ruin their special day. The Young And The Restless spoilers tease that Phyllis and Nikki will be discussing the plan on how to expose Diane. Just at that moment, Diane will catch them talking about her.

For now, Diane might think she got the upper hand by catching them. But someone else is soon going to land and make Diane shiver for her future. Well, that is Tucker, Diane’s partner in crime. Tucker will fly in by helicopter and ruin Kyle and Summer’s ceremony. However, Jack will jump to rescue his family members.

Long-time Y&R fans know that Tucker already has a history with some of Abbotts and Newmans. So, Jack will sense the danger. The spoilers hint that Jack and Tucker will have a showdown soon. In all this, Diane will grow concerned about what her fate is to offer her. Even though Tucker promised Diane to keep their connections under wraps, she will remain on edge. Stay tuned since Diane’s countdown has started, and she will soon land in hot water.

The Young And The Restless Spoilers: Billy Comforts Chelsea

Further, on The Young And The Restless, Billy will come to comfort Chelsea. After getting rejected by Johnny, Chelsea will be deeply distraught. For all this while, she waited for her son to come back to her. Not just that, but she also wanted him to know that Connor is his half-brother. But all her plans went in vain. Even though Chelsea betrayed Victoria and Billy, he will still understand that Chelsea is struggling.

Once Billy tries to comfort her, she will use that in her favor. Chances are there that Chelsea might now make plans to take Billy to her side. Maybe help her with convincing Johnny. Whatever it is, Chelsea is going to come up with a new strategy. Other spoilers hint that Chelsea’s efforts are only going to make things worse with Johnny. So, she better be prepared and watch her steps. Stay tuned, as Y&R will air more twisted episodes in the upcoming week. The Young And The Restless airs every weekday on CBS. For more updates and spoilers, visit our website, TV Season & Spoilers.