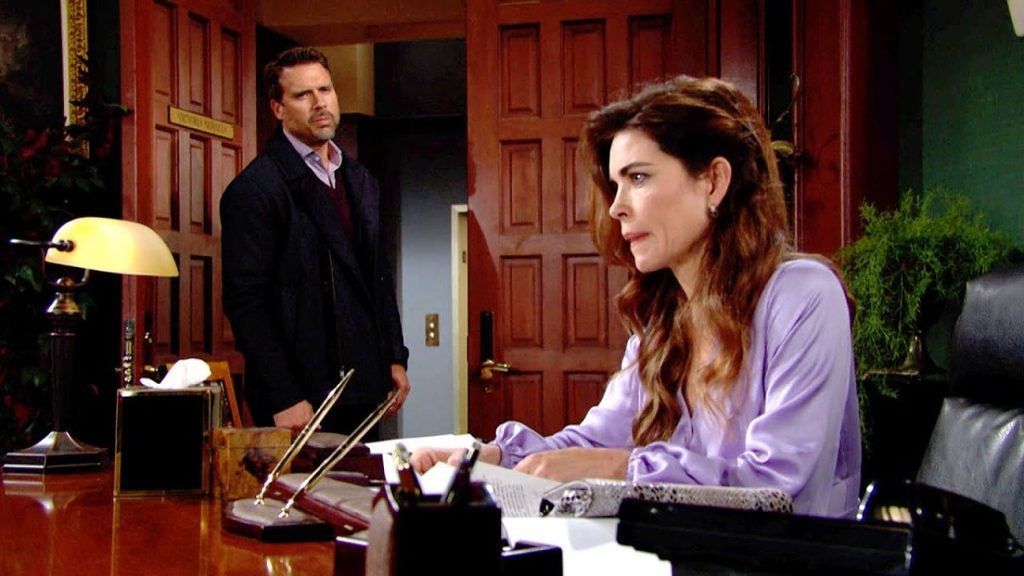 The Young And The Restless Spoilers For September 20, 2022: Nick Is Worried, Diane-Phyllis Get A Warning

The Young And The Restless spoilers for September 20, 2022, reveal that Nate will have a tempting offer for Victoria. She will happily agree to deal with Nate. However, Nick will feel that Victoria is playing with fire. So, he will warn her to watch her steps. On the other end, Jack will advise Diane to focus on rebuilding her bond with Kyle. Would Diane be receptive to that? Keep reading to know what happens in today’s episode of Y&R.

We already know how awfully Imani has manipulated Nate. Taking her advice, he has now decided to take revenge on Chancellor-Winters. Now, Y&R spoilers say that his first step will be to approach Victoria. The Young And The Restless spoilers claim that Nate will have a tempting offer for Victoria in the upcoming episode. He will be willing to be her inside man and help her get the majority shareholder at Chancellor-Winters.

Victoria will like his deal. She will share the same with Nick. But Nick will think otherwise. Looks like Nick will know that Victoria is inviting trouble for herself. According to Nick, he will want to give Nate a job instead of making him an insider. Nick has always been the one who avoids shady business. So, he will warn Victoria beforehand that if she agrees to Nate’s offer, she will be playing with fire.

Apart from this, Victoria co-parents with Billy. So, Nick will even be concerned about her personal relationship with Billy. Once Lily, Devon, and Billy come to know about this sinister move, they will be furious at her. And since Victoria is the co-CEO, he will not want her to start a business battle between Newman Enterprises and Chancellor-Winter’s. Whatever the case, Victoria has already decided, so she will move on forward with Nate’s plan.

The Young And The Restless Spoilers: Jack Advises Diane

Y&R spoilers say that Kyle and Summer will give an ultimatum to Diane and Phyllis. They will make it crystal clear that if any one of them starts with their trickery, both will be fired. So, even if one is causing problems, both will have to face the consequences.

Later, Diane will tell about the ultimatum with Jack. Even though he agrees that the warning to quite too much, he will have some advice to give to Diane in private. Jack will advise Diane to put all her focus on rebuilding her bond with Kyle. At this point, Diane only needs to prove to her family that she really has changed.

So, he will advise he to drift her focus on Kyle. When will Phyllis notice Jack’s growing closeness with Diane? It is obvious that she will lose her mind. Stay tuned and watch The Young And The Restless, it airs every weekdays on CBS. For more updates and spoilers, visit our website, TV Season & Spoilers.