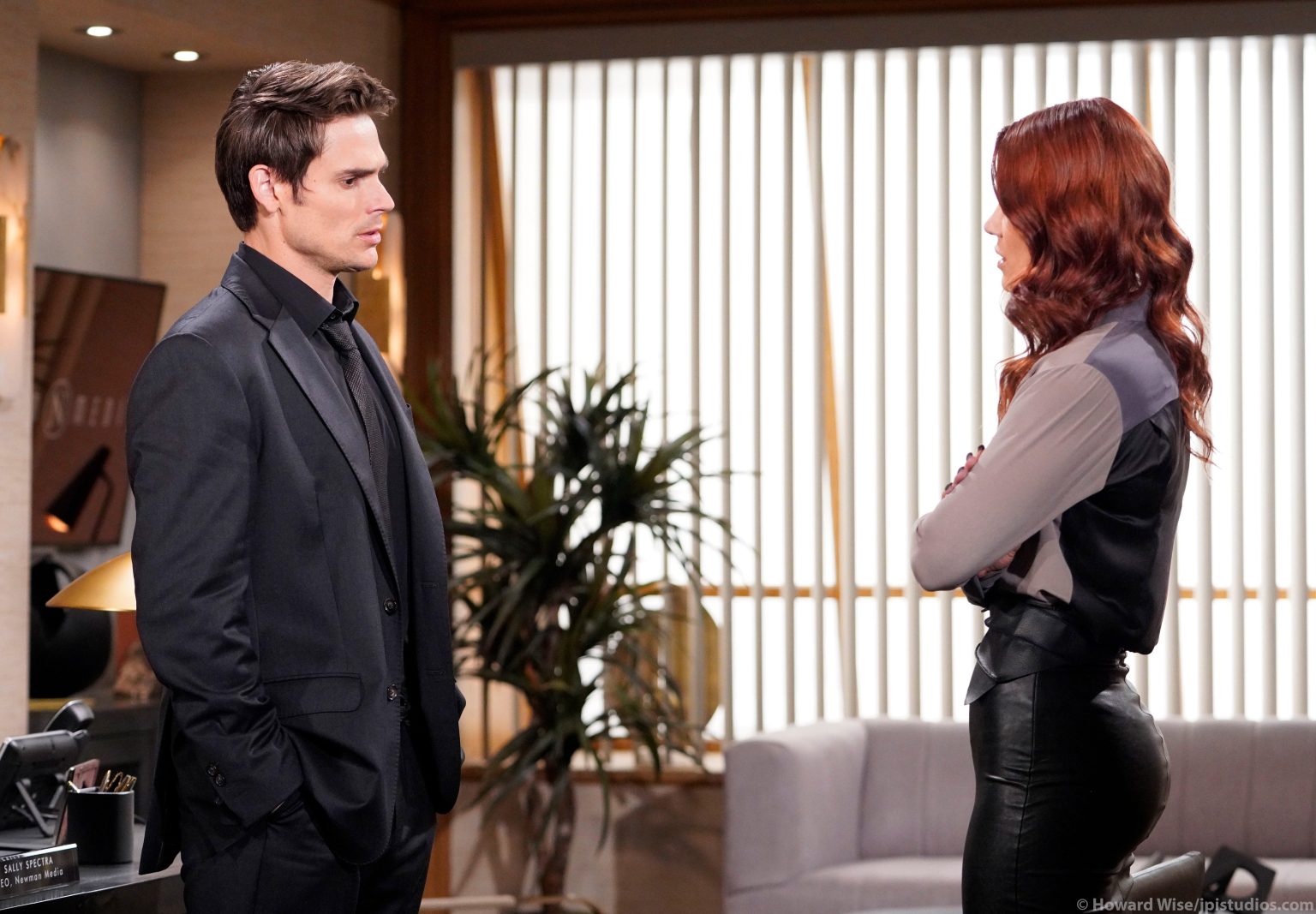 The Young And The Restless Spoilers For Next 2 Weeks (September 19-26, 2022): Diane-Phyllis Get Ultimatum, Adam Confronts Sally, Nikki-Deacon Meet

The Young And The Restless spoilers for the next 2 weeks, starting from September 19-26, 2022, reveal that Diane and Phyllis will get an ultimatum. Jack, Summer, and Kyle will voice out their warning to both the ladies. On the other end, Chelsea will want to reveal the truth about his bio-mother to Johnny. Over with Adam, he will confront Sally and as her if she slept with his brother. Also, Nikki and Deacon will meet this week.

During the next week, Victoria will be in a dangerous business situation. Later, she will also decide to tell Johnny that she is not his biological mother. Post that, Chelsea and Adam will have a face-off. Let’s read further to know what is brewing in Genoa City.

The Young And The Restless Spoilers For The Week 19-23, 2022: Summer-Kyle-Jack’s Ultimatum To Diane And Phyllis

This week, Kyle will surprise Summer will a marriage proposal. Summer will happily agree to his renewal ceremony idea. However, before moving forward with their marriage plans, they must take care of something else. The Young And The Restless spoilers say that Summer and Kyle will deliver an ultimatum to both Diane and Phyllis after hearing Jack’s advice.

They will make it crystal clear that they will not tolerate any scheming. In addition, they will also warn them that even if any one of them creates a problem, both will be fired from the job. Over with Jack, he will advise Diane not to create any trouble against Phyllis. So, unwillingly, Diane and Phyllis will plaster a fake smile whenever they come across each other.

Elsewhere, Adam will confront Sally. Even though he knows that Sally has slept with his brother, he will want to know it from her. As for Sally, she will tell him that she is an adult and she knows what she is doing. However, Adam will notice that Sally is trying to dodge the question but, at the same time, is also not denying it. Whatever the case, Adam will later taunt his brother for the same.

Further on The Young And The Restless, Nikki will successfully summon Deacon to a hotel room. Over there, Deacon will tell her that he thought about her all these years. Following that, he will start flirting with her. However, Nikki will clearly tell him her motives. Looks like Nikki will use Deacon’s past crimes as leverage and will blackmail him to fill her with Diane’s past deeds.

Back with Diane, she will have a tense chat with Victor. Over there, Victor will try to scare her off. Fans already know that Victor is team Nikki, so he will also try his best to make Diane realize what she is dealing with. Victor will drop some hints about what Nikki’s latest strategy is going to be. He will tell Diane that no matter what, her past will come to the surface. So, Diane will fret over what her fate will be in the future.

The Young And The Restless Spoilers: Chelsea-Victoria Discuss About Johnny

Next, Chelsea will give another try to convince Victoria to tell Johnny about his biological mother. However, Victoria will continue to think that it is not the right time. But, Billy will think otherwise. The Young And The Restless spoilers say that Billy will support Chelsea in this matter. And he will understand Chelsea’s point of view and will want to tell Johnny the truth.

Speaking of Victoria, she will reveal her strategy to Nick. After he learns that Victoria is partnering with Nate, he will grow even more concerned. But Victoria has decided to prove her worth to her family. As for Nate, he will make a shady call to someone. Perhaps that someone might be Audra Charles, who will be brought to Genoa City by a business tycoon. Now that Victor will also be on board with Victoria and Nate’s partnership, things are definitely going to get messed up.

The Young And The Restless Spoilers For The Week September 26-30, 2022: Victoria Decides To Confess To Johnny; Phyllis’ Decision

Next, as the week of September 26, 2022, starts, The Young And The Restless spoilers say that Victoria’s decision to partner with Nate is certainly going to put her in more trouble. Nevertheless, Victoria will have much more important thing to do. Looks like she will finally decide to confess to Johnny that she is not his biological mother.

Even though Chelsea will be happy with her move, Adam will think otherwise. Other spoilers say that Adam will not like the fact that Chelsea didn’t keep him in the loop. As for Adam, he is concerned about Connor’s feelings. He will mull over his thoughts on how Connor is going to react when he knows that Johnny is his half-brother.

Over with Phyllis, she will know that it is time to take things into her hands. So, fans can expect Phyllis to dig deeper into Diane’s history by herself. So, things are to get messed up in the upcoming weeks. On the other end, Audra will also make a fierce entry, and things will take a chaotic turn soon. So, stay tuned and watch The Young And The Restless, it airs every weekday on CBS. For more information on updates and spoilers, visit our website, TV Season & Spoilers.