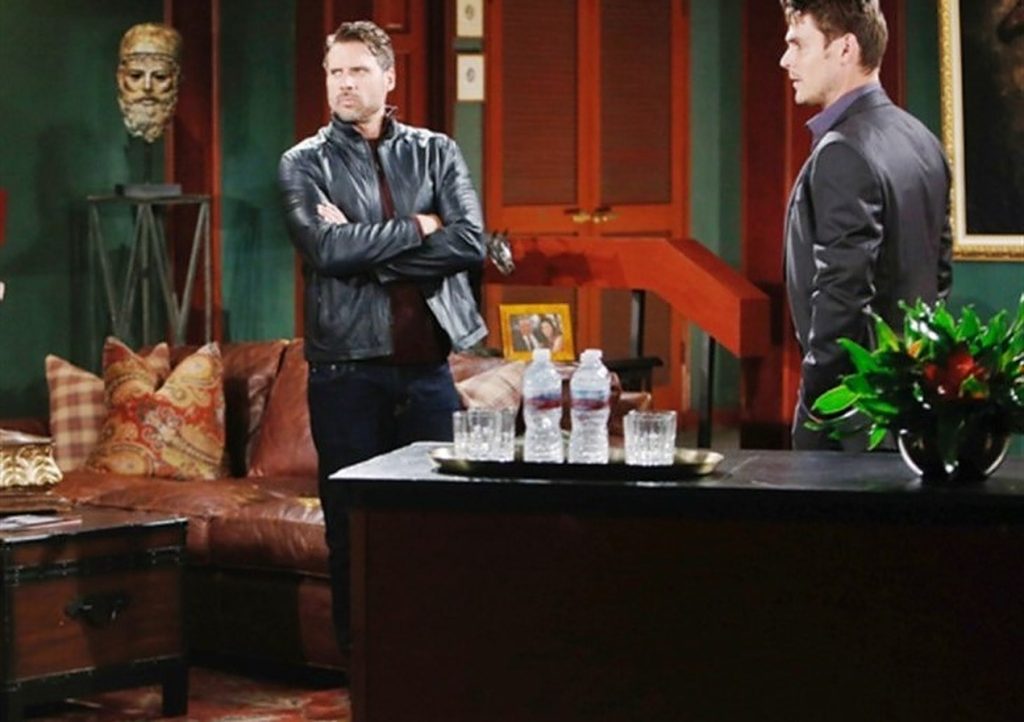 The Young and The Restless Spoilers for September 29, 2022, reveal that Summer is gearing up for her vow renewal with Kyle, Nikki gets new intel on Diane, Victoria receives a warning from Victor while Nate receives a threat! Also, brothers, Nick and Adam have a confrontation! All of that put together sounds like quite an intense episode coming our way. But, before you witness the big band on T.V., brace yourselves with a little sneak peek below!

Time for the SKYLE Vow Renewal Is Around The Corner!

Summer and Kyle, lovingly known as Skyle by their fans are all about to say their I Dos again! While the couple is ecstatic about their big ceremony, the threat of a Diane- Phyllis showdown is always looming over their heads! But we can always hope that the momzillas will try to keep their differences aside for one day! That aside, Nikki Newman is in L.A. and has chosen a wonderful wedding dress, a Forrester original for Summer’s big day!

The Young and The Restless spoilers further reveal that apart from scoring a gorgeous dress for the lovely bride-to-be, Nikki has also scored some dirty details about Diane from Deacon! We wonder what it could be! But, we hope whatever it is Nikki won’t bring it up at the vow renewal ceremony! However, Diane is going to be in a tough spot it seems!

With Phyllis already at her throat and now Nikki has returned armed with new ammunitions! Only time will tell what is about to go down in Geona City! Oh, did we mention Trevor is back in town! And there is an indication that he has been in cahoots with Diane! We wonder if the intel that Deacon rallied to Nikki has anything to do with Trevor!

The Young and The Restless September 29 Spoilers: Victor Warns Victoria.

According to the latest spoilers, Victor will sit down with his daughter, Victoria, to further strategize their attempt at the big takeover of Chancellor-Winters. He will warn Victoria to make her moves cautiously and not get herself or Newman Enterprise in trouble. We know that a new character, Audra Charles has entered The Young and The Restless and is on the Chancellor-Winters table at the moment. We wonder if she could brew up some trouble for Victoria in her big plans.

The Young and The Restless spoilers also suggest that Elena is aware of Nate’s deal with Victoria regarding the Chancellor-Winters takeover. However, the information does not go down too well with her and she issues an ultimatum to Nate that if he doesn’t back out of the plan she will oust him publicly. We will have to tune in to the coming episodes of The Young and The Restless to find out whether or not Nate will back down.

The Young and The Restless Spoilers: Adam Confronts Nick

While brothers Nick and Adam may not have too much in common as individuals, they sure have the same taste in women! We already know that Adam is on the edge with Sally’s closeness increasing with his brother Nick. So its safe to say that we can keep ourselves prepared to watch them go head to head with each other over Sally. Neither of them have any intentions of backing out, it seems! However, Sally might be romancing Nick at the moment, but, she still has feelings for Adam. So there are going to be big explosions in the coming episodes of The Young and The Restless over which Newman brother she will choose!

The latest spoilers have once again piqued our interest with too many juicy leads! We cannot wait to see what unfolds next in Geona City. Do not forget to tune in to the upcoming episodes of The Young and The Restless on CBS on weekdays.