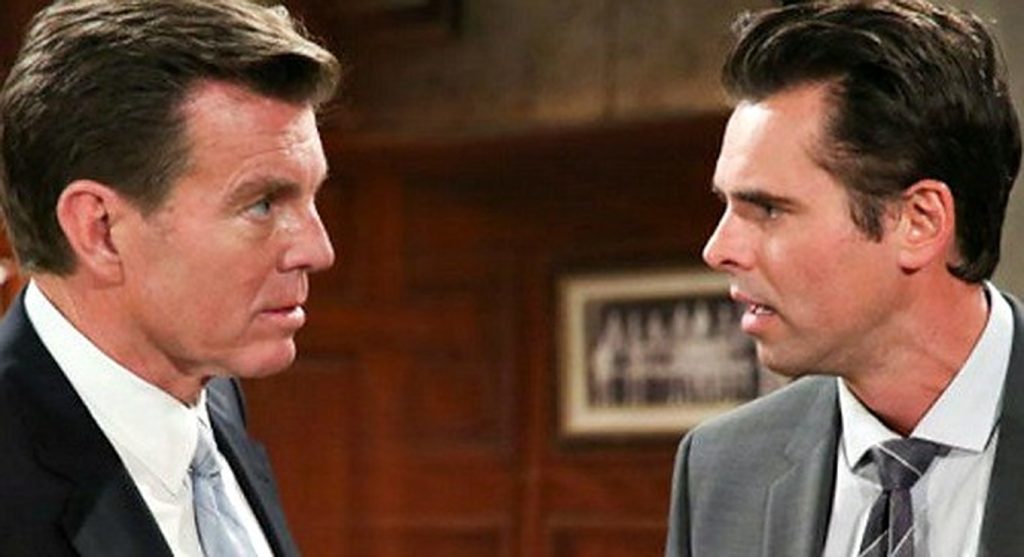 The Young And The Restless Spoilers For September 7, 2022: Jack LOSES His Calm, Chance-Chelsea Reconnect

The Young And The Restless spoilers for September 7, 2022, reveal that Chloe will warn Sally and ask her to maintain her distance with Adam again. She will not want Sally to go through another heartbreak. Next, Billy will confront Jack for hiring Adam. However, Jack will defend his decision. Elsewhere, Chelsea will be sad, and Abby will ask Chance to go and help Chelsea. Let’s read further to know what is brewing in Genoa City.

With Jack’s decision to hire Adam, many people have started questioning his leadership skills. The Young And The Restless spoilers say that Billy will be one among them. He will confront Jack and push him to answer about Adam. He won’t approve of Jack hiring Adam for the co-CEO position.

However, Jack will explain that he is more concerned with Adam’s future instead of his past. For Jack, he will know that Adam is left with nothing. He will insist that he must give Adam a chance to start fresh. However, Billy will think that Adam’s friendship just blindsides Jack.

Eventually, Jack will get pissed off with Billy’s interference. So, he will ask him to mind his business since he has already walked away from his family’s company. As of now, Billy needs to focus on his COO position in Chancellor-Winters. However, Billy will now decide to keep an eye on Adam.

The Young And The Restless Spoilers: Chloe Warns Sally

Further, The Young And The Restless spoilers for September 7, 2022, say Sally will continue to mull over Adam’s apology. She is taken aback and is thinking about what Adam meant by that. However, Chloe will fret over Sally’s change in heart. The Young And The Restless spoilers claim that Chloe will warn Sally not to get swept with her feelings. She will ask her not to think of having a soft corner for Adam. Chloe doesn’t want her to get tangled in Adam’s feelings again.

While Sally will continue to think about his apology. Even though she will be drawn to him, she will remember the pain he caused her. Further, Y&R spoilers tease that Sally will get into more trouble in the coming days. Looks like Victor will push harder to fire Sally. However, Nick will be there to support her. He will also defend her role as Newman Media’s CEO.

Finally, Chelsea and Adam will have a face-off. He will not agree with Chelsea’s Minnesota trip idea with Connor. This will upset Chelsea to a great extent. The Young And The Restless spoilers say that Abby will learn about Chelsea’s current state. Since Chelsea and Chance share a good bond

these days, Abby will ask Chance to comfort Chelsea.

However, it looks like Abby is inviting huge chaos by letting Chance and Chelsea bond even further. The Young And The Restless hints that they will continue to remain friends for now, but things might take a turn for the worse in the future. Will Chance and Chelsea’s friendship lead to spark new romance in them down the line? We will know that. Stay tuned and watch The Young And The Restless, which airs every weekday on CBS. For more information on updates and spoilers, visit our website, TV Season & Spoilers.