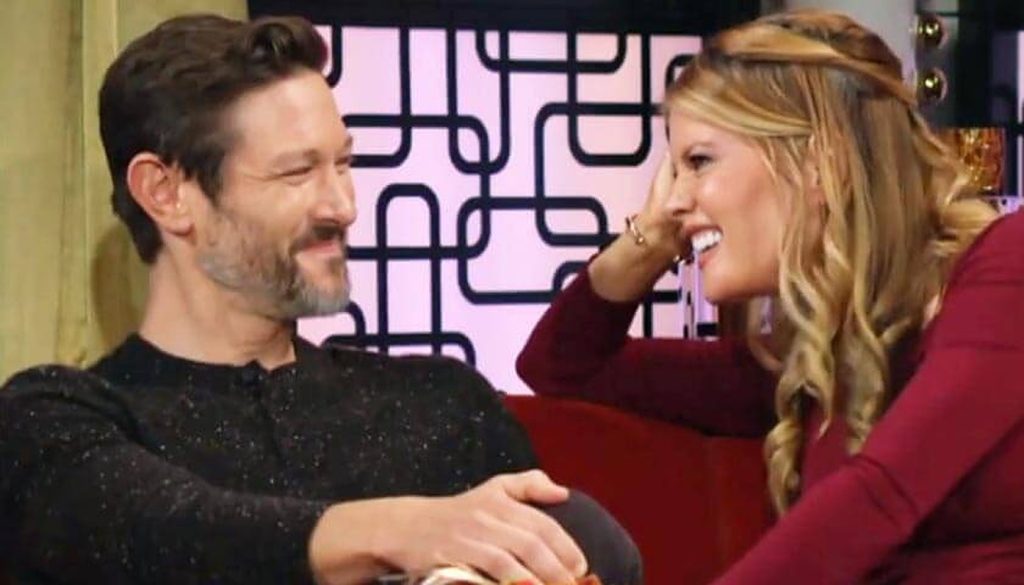 The Young And The Restless Spoilers For The Next Two Weeks (November 21-December 2, 2022): Daniel RETURNS, Victoria-Nate Come Closer

The Young And The Restless spoilers for the next two weeks, from November 21 to December 2, 2022, reveal Noah will share about his past relationship with Audra to Sharon. On the other side, Billy and Nate will have some issues in their respective love life. Over with Adam will make a shocking decision and will end up in a mess again.

During the week of November 28 to December 2, 2022, Devon and Abby will talk about their relationship and the things that happened between them. Elsewhere, Victor will start to investigate someone’s past. Who could it be? Let’s read further to know what happens in the The Young And The Restless in the coming weeks.

The Young And The Restless Spoilers For The Week Of November 21-25, 2022: Daniel RETURNS!

First, Lily will meet with Daniel and will be thrilled to find her ex-lover in town. She will ask him the reason for coming back. The Young And The Restless spoilers say that Daniel will admit that he is back in town to spend his holidays with his family. So, Phyllis is certainly going to get the best surprise this Thanksgiving. Later, Lily will have some issues with Billy. Looks like Billy will bail out the dinner plan to be there for Chelsea. Since Chelsea will be in need of a favor, Billy will again prioritize Chelsea over Lily.

Something similar will happen with Nate and Elena. Looks like Nate will also make Elena wait for him at Society. Meanwhile, he will be meeting with Victoria at a late-night meeting. Elena will ultimately leave the place. Looks like this couple is to face more troubles in the future. At The Abbott dinner party, Diane will also be invited. Ashely will continue to get frustrated with Diane’s progress in building a bond with Kyle and Jack.

Elsewhere, Noah will come clean about his past relationship with Audra to Sharon. Looks like Audra got pregnant with Noah’s baby, but Noah left her. Immediately after that, she faced a miscarriage. So, Noah will share his ordeal on how he feels guilty that she had to face everything all alone. Even though Noah has made his feelings for Allie very clear, chances are there that he might soon face problems in that as well.

Further on The Young And The Young And The Restless, Adam will witness something which will completely put him off. The spoilers say that Adam will see Nick and Sally locking their lips at The Glam club. Adam is already super pissed off with his brother trying to woo the same woman he likes. Now, seeing them together like this will probably blow off his mind.

Looks like Adam will now come up with a new strategy to convince Sally to get back with him. Adam will now propose to Sally for marriage. The Young And The Restless spoilers say Sally will be shocked by Adam’s sudden proposal and will wonder what is wrong with him. This will lead to Nick getting angry with Adam, and both of the Newman brothers will have a heated face-off. The show will be preempted on November 24 and 25, 2022. New episodes will be aired on November 28, 2022.

The Young And The Restless Spoilers For The Week Of November 28-December 2, 2022: Nate & Victoria Come Closer, Kyle’s Warning

Further on The Young And The Restless, Nate will show more interest in work in Newman Media. This might be because of Victoria. The spoilers tease that Nate will grow closer to Victoria in the upcoming weeks. Since he already has promised Elena to show how he has changed, looks like he will derail from that idea as he will develop some new sparks with Victoria. Elsewhere, Abby and Devon will talk about their betrayal and will try to sort things out between them. Devon will continue to push Nate. However, Elena will be there for him.

Elsewhere, Victor will be done with his sons fighting for the same woman. Since the start, Victor has never liked Sally, so he certainly won’t like Nick and Adam fighting for her. So, it will be time for Victor to interfere in this. Looks like Victor will now decide to dig deeper into Sally’s past. He will want to find some dirt on her and use it to drive her away from his sons.

Finally, Kyle will deliver some fierce warnings to someone. Chances are there that it might either be Tucker or some other of Diane’s enemies. Whoever it is, Kyle will make sure that this person doesn’t make his mother’s life more miserable than it already is. So, Kyle will continue to display his protective side to Diane. Stay tuned, and Y& will air more emotionally packed episodes in the upcoming weeks. The Young And The Restless airs every weekday on CBS. For more updates and spoilers, visit our website, TV Season & Spoilers.