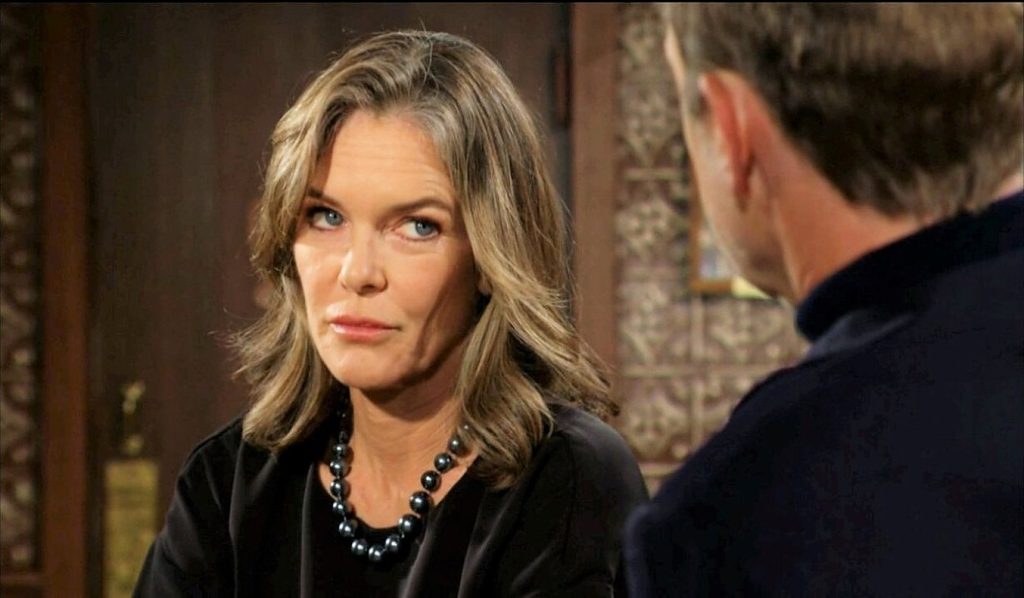 The Young And The Restless Spoilers For The Week Of January 16-20, 2023: Diane Makes A Risky Move, Adam & Victor Clash

The Young And The Restless spoilers for the week of January 16-20, 2023, reveal that Diane will make a risky move on Nikki. However, Jack will insist that he is willing to steal for Diane and can make Jeremy believe that she was the one who stole. But Diane will not be ready for Jack’s idea. In the meantime, Phyllis will also make a major decision that will scare Summer and Daniel. What is Phyllis going to do now? Let’s read further to know what is there in Y&R next week.

Fans know that Jack wanted to help Diane with her loyalty test. The Young And The Restless spoilers for the week of January 16, 2022, say Jack will indeed be willing to help out Diane for real. Looks like Diane will have to steal some jewelry from Nikki’s locker. Stealing something like this that too from a fierce rival’s locker won’t be a simple thing to do. So, Jack will have an idea for her.

Looks like Jack will offer to help her by stealing the jewelry himself. He would think that Diane could use it and say that she was the one who stole it from Nikki. This will not just keep her safe but will also pass Jeremy’s loyalty test. However, Diane won’t want Jack to be involved in this tricky that much. Just like how Nikki is her rival, she knows that Victor and Jack are also fierce competitors, so she won’t want him to take revenge on Jack for that.

While Diane is stuck in a horrifying situation, Phyllis will also make a major decision. A decision that might cost her big time down the road. Summer and Daniel will also be concerned for their mother, who might actually be playing with the fire. Looks like Phyllis will have no choice but to return to her evil self. She will team up with Tucker when he offers to help her take down Diane. Stay tuned to see what Phyllis and Tucker will be doing down the road.

The Young And The Restless Spoilers: Victor And Adam Clash

Coming up next, Victor will want his son to join the family business again. Earlier, it was he and Victoria who wanted Adam out of Newman Media, but now he wants him back. The Young And The Restless spoilers say Adam and Victor will have some conflicts due to that. Victor will plan to somehow make Adam lose his job in Jabot. This might give him a reason to think and come back to Newman Media.

For that, Victor will hire Kyle since both of them will share the same goal. Kyle will also want Adam out of Jabot. So, both will team up to make Adam lose his job in Jabot and return to his family. However, Adam will continue to be adamant about not planning to return. No matter what happens, Adam and Victor will continue to clash because of that. It will be interesting to see whether Adam actually joins Newman down the road or not.

Finally, Chance and Sharon will meet up for their next supper club meeting. Even though Chance is still struggling with his divorce from Abby, that certainly won’t stop him from getting closer to Sharon. The more he shares his ordeal with her, the more he will feel attracted to Sharon. It won’t be a surprise if Sharon and Chance become the next hot couple in Genoa City. So, stay tuned and watch The Young And The Restless, it airs every weekday on CBS. For more updates and spoilers, visit our website, TV Season & Spoilers.