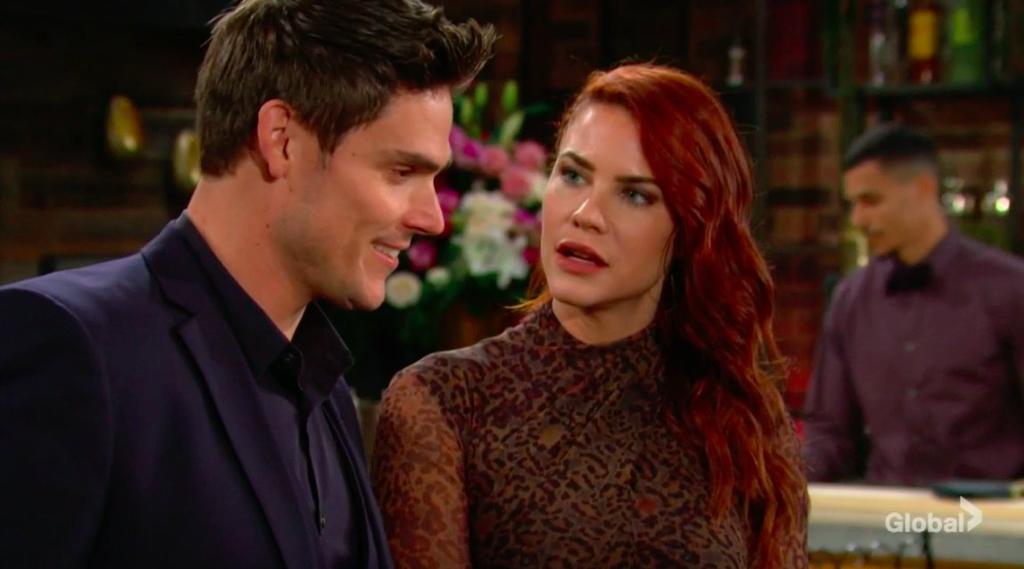 The Young And The Restless Spoilers: Sally And Adam Come Closer, But Will It Be So Easy?

The Young And The Restless spoilers reveal that things might take a turn for Sally and Adam in the coming weeks on the soap. The viewers might expect the pair to face some issues very soon. There is speculation that Sally and Adam’s union would have to face a Chelsea problem. Viewers know that Adam confessed his feelings for Sally. But there are chances that Chelsea will pose a problem once again. Why would that be? Keep reading to find out.

Adam And Sally Giving Themselves A Shot

For starters, Y&R viewers know that Adam confessed his feelings for Sally right after he offered her a job at Newman Media. Before Sally starts settling in her new job, Adam admits his true feelings for her. Adam told Sally that he likes her and wants to be with her too. All of this spread love in the air just around Valentine’s day. But, is this how things will move forward?

The Young And The Restless: It Won’t Be Easy

While Adam knows that his relationship is not going to be easy, not just because of Chelsea but a lot more people. First of all, Chelsea might still not be over Adam completely. Although, in the preview video, Chelsea is seen fantasizing about kissing Rey. But is this all an act that Chelsea is prepping up for just to infuriate Adam?

Long-time viewers know that no matter who Adam is dating, he always has a soft corner for the women he was once with. So will Chelsea’s allegedly fake obsession over Rey distract Adam from Ms. Spectra?

Not just that, Adam might not get approval from his father also. TV Season & Spoilers previously reported that Victor cornered Sally and told her to stay away from Adam. One of the biggest reasons Victor took Newman Media’s ownership from Adam was that he was too distracted in dealing with the women in his life.

Like father, like daughter, Adam’s elder sister and the brand new owner of Newman Media might also not like two of her employees dating, which might disturb workflow. Victoria is a dedicated business woman who wouldn’t let her brother’s relationship get in the way of running her business.

How Will Adam Manage?

If they keep it a secret, things are sure to fall apart, and someone will find out. It will definitely be tricky for Adam to manage all of this. As for Sally, she is not accountable to anyone in Genoa City. But, Adam has a whole family, friends, and a former partner who is obsessed with every move that he makes. Adam has to fight with almost everyone he knows in order to have a relationship with Sally. Will Adam do it?

It is also possible that Adam might end up laying some ground rules like if they start dating, they will have to keep it a secret, which means no one can know. The reason behind Adam’s rules will be because lots of people might be against Sally and him getting together, especially Chelsea’s reaction

. So, Adam might recommend dating each other in secret.

Is Adam’s attraction towards Sally so strong that he would actually fight with everyone? Tell us what you think will happen in the comments below. Until then, stay tuned. TV Season & Spoilers will keep you updated with all the news updates. The Young And The Restless airs on CBS all weekdays.