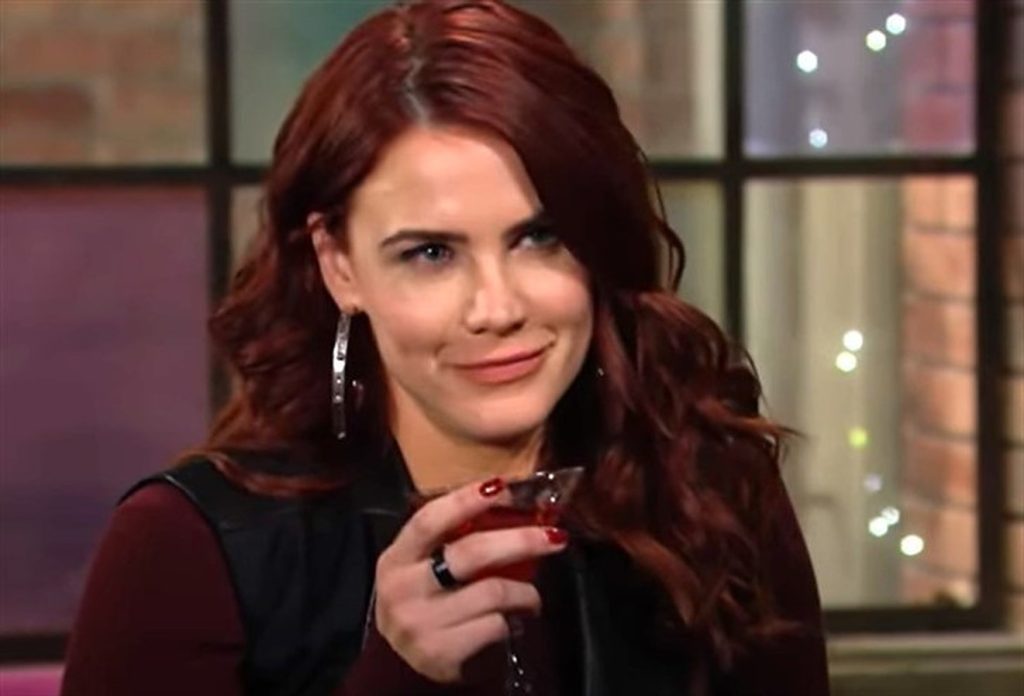 Y&R/Sally (Courtney Hope) to team-up with Devon in his revenge plan?
News

The Young And The Restless Spoilers: Sally Teams Up With Devon, Takes Nate-Victoria Down?

The Young And The Restless spoilers tease that after Victoria kicks off Sally from Newman Media, she might join Chancellor-Winters. Devon will fume with rage if he sees Nate joining Newman Media. Since Sally knows the company, her team-up with Devon will be a deadly one. Sally and Devon might come together to take revenge against Victoria and Nate. Does this mean a possible war between Chancellor-Winters and Newman Media is on its way? Let’s discuss the possible events which might ignite the “war”!

Victoria Kicks Sally Out, Replaces Her With Nate?

With how the story is going right now, it won’t be surprising to see Nate become the new CEO of Newman Media. Ever since Nate and Victoria teamed up to take down Chancellor-Winters, things are really going in a direction that clearly hints at Nate being the CEO. Initially, Victoria and Nate’s plan was to pry information and make Victoria take over the entire shares of Chancellor-Winters. However, things took a turn for the worse when Elena dumped Nate.

Out of desperation to prove himself, Nate went up straight and confessed his takeover plan to Devon and Lily, who were obviously taken aback. With this, he hoped that he would get Elena back, but it didn’t work. Following this fallout, Nate went to Victoria to admit how he spilled the beans in the company. The Young And The Restless spoilers teased that Victoria was impressed with Nate for causing a ruckus in Chancellor-Winters. So, as a reward, she will offer the job to Nate and ask him to join Newman Media.

Back when Nate and Victoria made this deal, Nate clearly mentioned that he wants to become CEO when Victoria takes over Chancellor-Winters. Looks like Victoria might fulfill his wish. So what if he can’t become Chancellor-Winters’ CEO? Victoria can surely hire him as Newman Media’s CEO! You got to keep the promise, right? Well, right now, Sally is the CEO. And given her recent performance, it won’t be a surprise if Victoria kicks her out.

Victoria was already planning to fire her, but circumstances made her give a 90-day trial for the CEO spot. What Sally did – missed the important marketing summit and is half of the time distracted because of her love life. Earlier, Adam saved her job and then his brother Nick. This time, it looks like she’ll be fired for real since Victoria’s plan is more important than Sally’s. What will she do now? She obviously needs a job, which company will hire her? Let’s discuss.

The Young And The Restless Spoilers: Fired Sally Joins Devon To Take Revenge?

We did speak about Sally, but what about Nate? If Nate joins Newman Media, the first person to fume in a rage will none other than be Devon. He has always been the person who cleans up the mess which Nate has created. Whenever Nate was in trouble, it was he who helped him through it. Even though both the cousins bicker on almost every topic, Devon always guided Nate. Thanks to Imani, Nate always mistook Devon’s intention. Well, now, when he will join Newman Media, Devon will lose his temper for sure!

Both Newman and Chancellor-Winters are competitors. So, Nate joining the enemy company will only complicate things even further. This might just look like Victoria is challenging Devon by rewarding Nate’s loyalty, which is what she exactly might be doing. This could lead to Devon going after Victoria and Nate for revenge.

As of now, Sally has served for Newman Media, so she knows the company inside out. Considering this, Sally will be the perfect fit to help Devon in his revenge scheme. Moreover, if Victoria really kicks her out, then the reason to take revenge will double. Plus, she also will require a job. Since Sally and Summer are not on good terms, her joining Jabot or even Marchetti won’t be the case. So, chances are there that Sally might take over Nate’s old position and become Devon’s new COO.  If that happens, then that will be the beginning of a vengeful partnership. So stay tuned as Y&R will air more action-packed episodes in the upcoming weeks. The Young And The Restless airs every weekday on CBS. For more updates and spoilers, visit our website, TV Season & Spoilers.