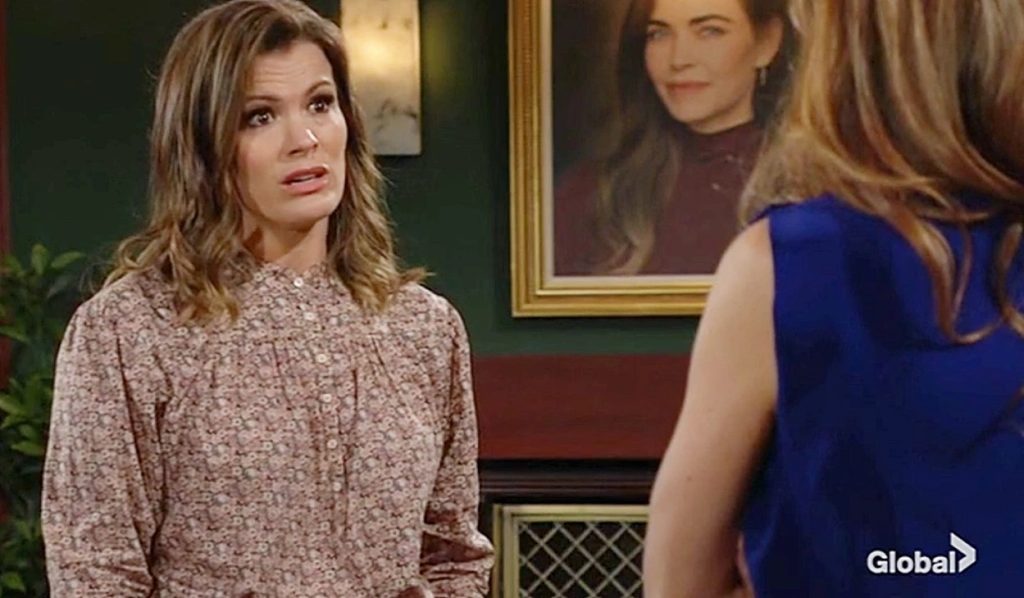 The Young and The Restless Spoilers For September 23, 2022: Chelsea Pushes Victoria, Nate Meets A Mystery Stranger!

The Young and The Restless spoilers for September 23, 2022, reveal that Audra Charles is all set to debut on the soap in the upcoming episode. How will her story intersect with the lives of Geona City citizens? We’ll find out soon! Meanwhile, The ever so restless Chelsea is at Victoria’s throat to reveal the big truth to Johnny. Nate also will get involved in yet another argument! But with whom and why? Keep scrolling to find out!

Nate Has Another Trick Up His Sleeves!

The Young and The Restless spoilers for September 23, 2022, suggest that Nate has successfully convinced Devon Hamilton and others with his fake apologies. But his dirty tricks won’t end there! However, Elena, it seems, is still wary of his intentions. Hence, viewers can expect to witness Nate get into a heated argument of sorts with Elena now.

The Young And The Restless spoilers also reveal that Nate is in cahoots with Victoria in her plan of acquiring Chancellor-Winters as part of Newman Enterprises. She is depending on him to gain inside information that would give her an upper hand in her plans! But can Nate acquire the needed info? Moreover, does he even want to? Or is he up to something shady again? We’ll have to watch today’s episode to find out!

The Young and The Restless: Chelsea Pushes Victoria To Confess up!

Victoria, it seems has a lot going on right now. The Young and The Restless spoilers for September 23, 2022, further reveal that Chelsea can’t keep calm! She will be pushing Victoria to tell Johnny that Chelsea is his biological mother

. A truth that Victoria has been avoiding for a while. Understandably so, as she fears the truth might alienate Johnny from her. After all, she has brought him up as her own son with genuine affection! How will Victoria break the truth to her son? Will she even get a chance to do it, or will Chelsea lose her cool and tell Johnny herself? Only time will tell!

However, Victoria’s troubles aren’t just limited to Chelsea! She still has a lot to prove to Victor! He may have left Victoria in charge, but he is constantly eyeing all her moves. If history is anything to go by, for how long can Victor stay without getting into trouble with one of his kids? The Young and the Restless spoilers tease that Victoria has something to divulge to her father. Will Victoria’s plan of partnering with Nate to get majority shares to go down well with Victor? Or will the plan backfire? Can Nate really be trusted?

The Young and The Restless spoilers further intrigue us, with Nate bumping into a mystery figure. The two are seen striking up a conversation. We wonder what the nature of the exchange might be. Personal or professional? The answers can only be known in tonight’s episode! We do know that Zuleyka Silver as Audra is set to debut tonight. While not much is known about her character, it’s been teased that she will play a high-power executive. Which company could she be working for? Newmans or Chancellor-Winters? And. What coop is Nate cooking with her? We can’t wait to find out!

The Young and The Restless: Phyllis Finds Herself Outcasted?

September 23, 2022, spoilers for The Young and The Restless further reveal that Kyle and Summer’s party has gone sadly awry. Their plan to stagger Diane and Phyllis’s arrivals at the party backfires. The two were trying to keep their mothers from having to interact with each other, but things don’t go as hoped.

Phyllis lands at the party earlier than anticipated and will possibly assume she wasn’t invited! That’s surely gonna sting! Although Summer and Kyle will reveal the truth, but will it satiate Phyllis? Or can we expect her to unleash her frustration over the misunderstanding on Diane?

The spoilers have left us with too many interesting questions! And we can’t wait to find out the answers in tonight’s episode! Which of the above storylines are you looking forward to the most? Please share your views in the comments! And don’t forget to tune into tonight’s episode of The Young and The Restless on CBS!