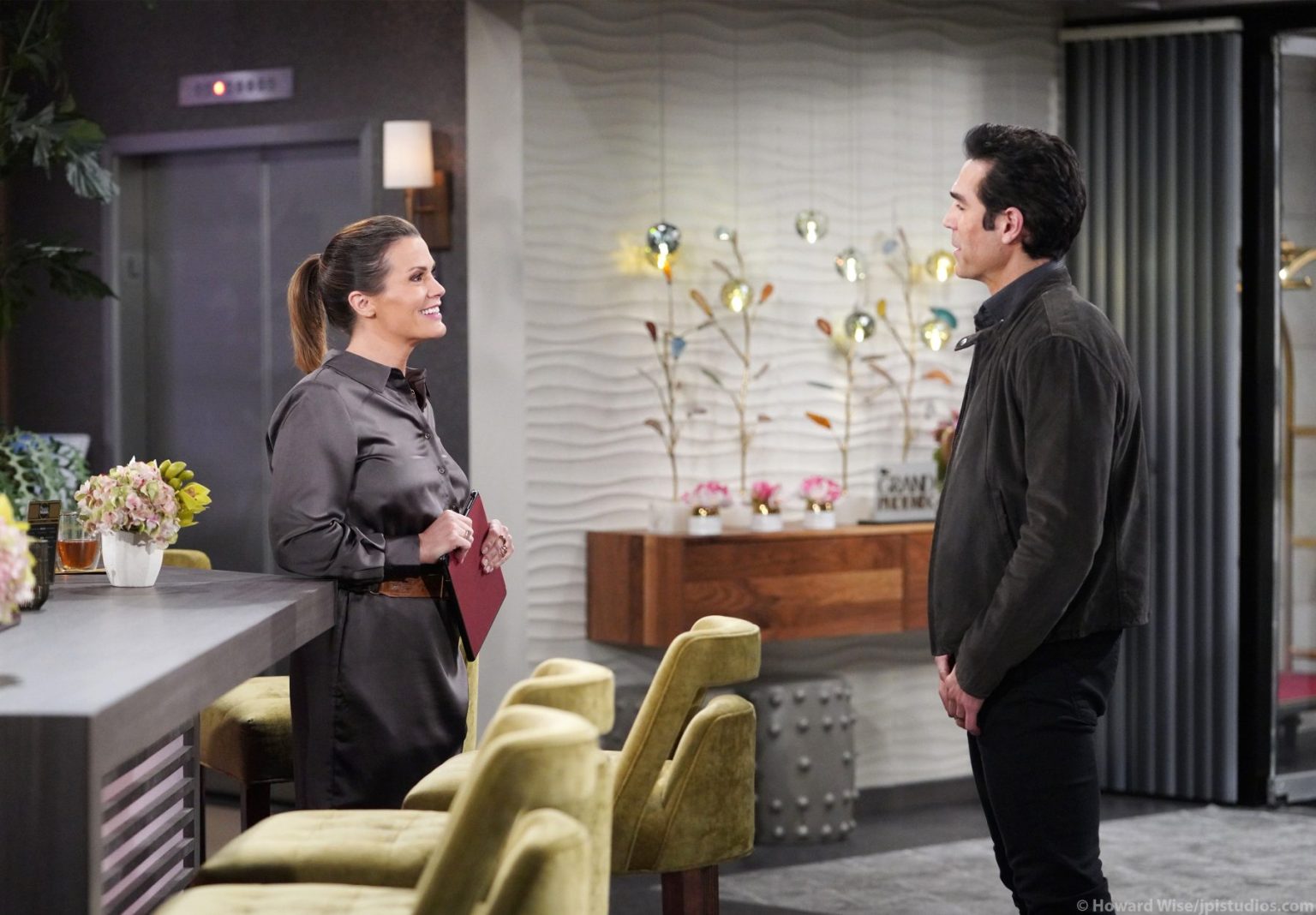 The Young And The Restless Spoilers: Sharon & Chelsea Fight Over Rey, Rey In A Pickle

For starters, Y&R viewers know that Chelsea and Rey are coming closer. In addition, Chelsea’s obsession with Rey is also growing. So, the spoilers for the week of April 11-15, 2022, suggest that Rey’s loyalty will be tested during this week. There is speculation that Chelsea might give in to the temptation and get more passionate about her feelings for Rey.

Moreover, now that Rey is also taking Connor to his game practice, all of this is making their bond grow. Viewers might even see Chelsea trying to kiss Rey, and he might also kiss her back in the beginning. But, Rey will suddenly realize that this is wrong and insist that he’s a married man. Viewers know that Rey is married to Sharon, and his guilt of kissing Chelsea might be killing him inside.

The Young And The Restless: Rey Comes Clean, Sharon And Chelsea Go Head To Head

If Rey’s guilt takes a toll on him, he might go and tell Sharon everything. Rey might assure Sharon that the kiss with Chelsea was a mistake, and he genu inely wants to be her only. All of this kissing drama will definitely create a mess between the two strong-headed ladies. There is a possibility that Sharon herself will witness her husband and Chelsea in a close moment.

Either way, Rey’s loyalty toward Sharon will be put to the test in the upcoming week of April 11-15, 2022. We knew that Rey and Chelsea had been walking on thin ice since the beginning of all this. So, Chelsea will also fight back and create more issues between Sharon and Rey.

Will All Of This Lead To Rey’s Departure?

The Young And The Restless spoilers suggest that Chelsea might make Sharon furious and create trouble in “Shey” marriage. However, we know that Jordi Vilasuso will be leaving the soap opera as Rey. As per reports, he might be exiting this spring, and this love triangle drama might be building to his departure in some way. If Sharon doesn’t forgive him, he might decide to leave Genoa City for once and for all to stay away from this chaos.

In addition, Sharon will obviously not approve of Chelsea for going after her husband. So, all of this might be the beginning of a new rivalry. Viewers know that Sharon is a woman with a good heart, and she always tries to see good in Chelsea. Even after Chelsea poisoned Rey

and framed Adam for her crime. But, going after Sharon’s husband might not be something that Sharon would be able to handle. So, it looks like viewers are in for some catfight drama in the upcoming weeks.

In the comments below, tell us: Who do you support? Team Sharon or Team Chelsea? The Young And The Restless airs on CBS all weekdays. TV Season & Spoilers will keep you updated with romantic updates until then. So, stay tuned. Don’t miss the action.