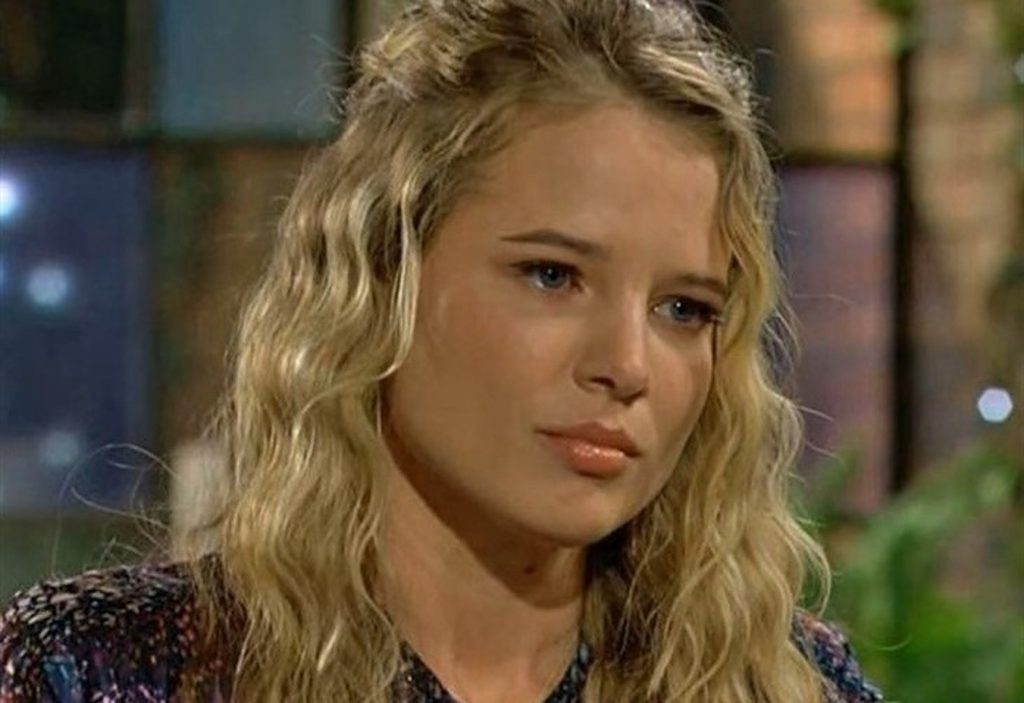 The Young And The Restless: Summer-Sally’s HEATED FACE-OFF, Summer Calls Sally Out For Trying To Get Closer To Nick

The Young And The Restless spoilers tease that Summer will witness Sally and Nick’s closeness in the coming week. So, she will deliver a serious warning to Sally. Will Summer’s warning stir more problems between Nick and Sally? Let’s see what will make Summer deliver such a warning to Sally.

At the Crimson Lights, Nick will fret over his brother’s ability to trick Sally. Nick genuinely likes Sally, so he will be worried for her. In the meantime, Sharon will come to rescue him from his overthinking. Initially, Sharon thought Nick might just be competing with Adam since both brothers always tend to like the same woman. However, Nick explained that certainly is not true in Sally’s case. Speaking of Sally, Adam will be successful enough to trick her into a dine-out.

Over there, both will discuss the future of their relationship. No matter how much Adam tries, Sally only remembers the pain that she went through with him. Above that, Sally will feel that Adam trying to convince her is more out of competing with Nick and is not actually his real feelings. So, Sally will compare both brothers. With Nick, she will have a more mature and stable relationship, but with Adam, she isn’t sure if she is going to face all her heartbreaks again. Ultimately, Sally will choose to leave Adam. Once she dumps him, she will head straight to meet Nick.

The Young And The Restless spoilers say that Nick and Sally will decide to take things slowly and go with the flow. Later, when Sally will share how she dumped Adam, Nick will try to comfort her with a hug. Nick knows that Sally still feels for Adam but her decision to be with Nick is commendable. However, someone else will also be witnessing their hug. It will be none other than Summer Newman. How is Summer going to react to her father getting closer to Sally? Let’s see what Summer will do now.

The Young And The Restless Spoilers: Summer Delivers Serious Warnings To Sally

The Young And The Restless, Summer will fume in anger after witnessing Nick and Sally’s hug. Initially, she was wondering why both of them were hanging out together even after work hours. However looks like Summer will soon witness a more intimate moment between Nick and Sally, so she will know just what her father is doing with the woman.

As far as Summer is concerned, Sally is the last person she will want her father to date. The preview video already showed her barging into Sally’s cabin and asking what she is doing with her father after the work hours. As of now, it is unknown what Sally’s answer might be. But she will have two options with her. Either to admit her relationship with Nick or to remind Summer that she can ask the same question to Nick as well.

Then again, Sally might just ask Summer to mind her own business. Whatever the case, Summer will deliver a stern warning before she leaves. Summer dislikes Sally and also knows that she is struggling to move on with Adam. So, she won’t want her father to get used to her to get her feelings straight. The amount of affection Sally had for Adam, if she tomorrow again goes to him, it won’t be a surprise.

But in all this emotional chaos, Sally won’t want Nick to get sandwiched. So, she will certainly make sure that Sally realizes she is watching her moves. Stay tuned as Y&R will air more emotion-packed episodes in the coming weeks. The Young And The Restless airs every weekday on CBS. For more updates and spoilers, visit our website, TV Season & Spoilers.