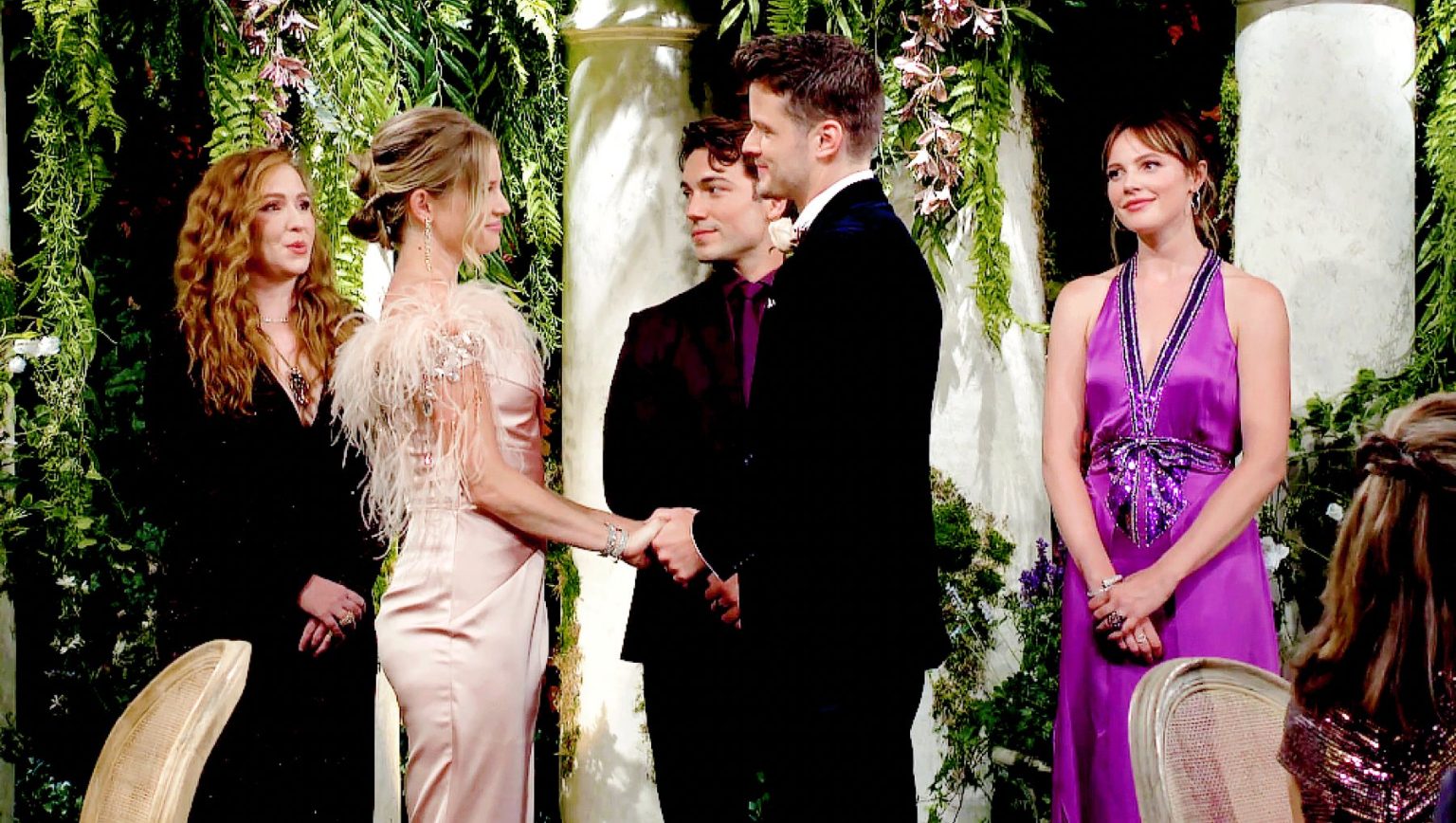 The Young and the Restless recap for Friday, September 30, 2022, revealed the story of Kyle and Summer’s wedding renewal. First, we saw Diane receive the shock of her life when Tucker cornered her at her hotel suite. He insisted he wanted to return but Diane wanted more time. Meanwhile, Summer and Kyle got ready for their big day with the help of their parents.

Nikki met Victor and informed him about Diane’s secret life in LA. She had found a photo of Diane’s friend’s car and discovered it was a London-based entertainment company. Victor promised to look into it. Devon found out about Elena and Nate’s break and was concerned about their relationship. Would he help Elena? Here is how everything moved forward.

In this episode of The Young and the Restless, we saw Tucker arrive at Diane’s room right before the vow renewal. Diane was in no mood to entertain Tucker and requested him to let her be. Moreover, she was afraid the Abbotts would know about her association with Tucker, and it would be the end of her stay in Genoa City. However, Tucker insisted it her return would not have been possible without him.

Tucker wanted to get respect, but Diane wanted more time. He insisted that this was an ideal time for him to come back. Furthermore, he wanted Diane to trust him and go with his instinct. Tucker promised to not reveal any secrets and stick to the plan.

The Young And The Restless Recap: Summer & Kyle Get Ready

Meanwhile, Phyllis helped Summer Newman-Abbott get ready for her new wedding. Summer was anxious and did not want anyone to interrupt her vow renewal. Phyllis assured her that there would be no drama because of her and Diane. On the other hand, Jack helped the groom get ready and teased about Harrison’s important job at the vow renewal.

In this episode of The Young and the Restless, Nick expressed his distress about Victoria’s plan of collaborating with Nate and bring and take over Chancellor-Winters. Victor and Victoria insisted that, yes, there was a huge risk but the reward was tremendous as well. Later, Victor said he would not attend the renewal because he had meetings in Chicago.

Meanwhile, Nikki dropped Summer’s dress off and decided to meet with Victor. They discussed her trip to Los Angeles and Nikki told him all about Deacon’s updates. She informed Victor that Diane was living a lavish life in LA, unlike her description of what happened. Furthermore, Deacon had seen Diane in a Bentley with a strange man. He gave Nikki a copy of the photo with the car’s license plate.

Nikki did not stop there. She did some digging and discovered that the car belonged to a London branch of an LA-based company called Private Image Ltd. The company provided entertainment and art services. Victor was very impressed with Nikki’s investigation and promised to help her get to the bottom of this.

The Young And The Restless Recap: Devon Is Worried About Nate

In this episode of The Young and the Restless, Devon met Elena Dawson at Crimson Lights and noticed she was carrying the key card to a hotel room. He was concerned about Nate and Elena’s relationship

. Meanwhile, Nate was with Audra and they were flirting with each other. Audra asked if he had any suggestions for a dating life.

Then Nate revealed he was in a relationship and did not have the time to show her around the city. Devon saw Nate with Audra and was concerned about Nate’s relationship. He met Lily and talked about the situation. Devon wanted Nate to be on top of his game before the IPO. Lily assured him that it would all go well. The Young and the Restless airs weekdays on CBS. Stay tuned with TV Season & Spoilers for the latest news and updates.