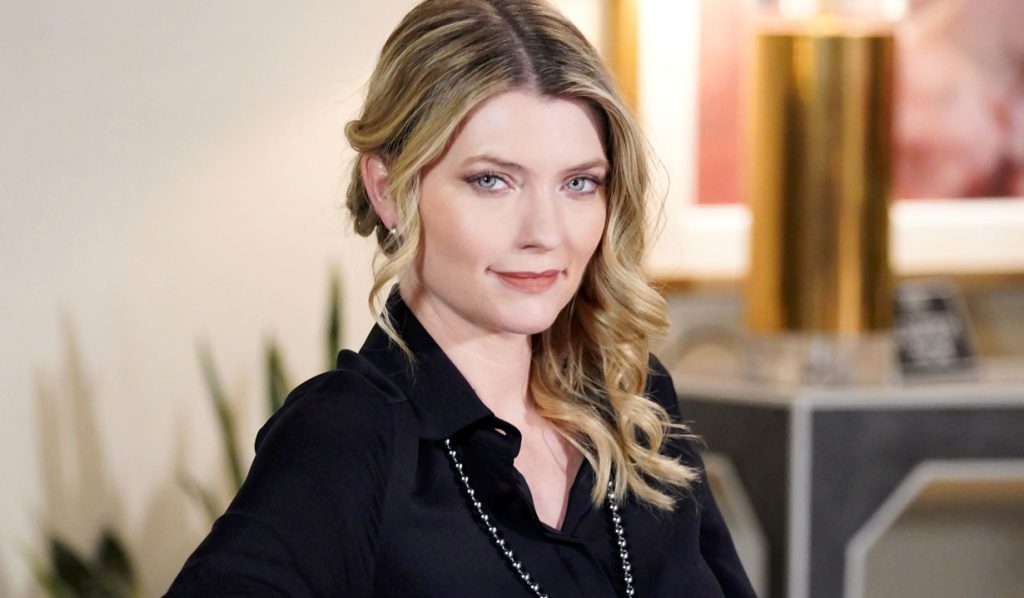 The Young And The Restless: Too Happy To Be Together, Summer Kyle HIT A SNAG, Tara RETURNS?

Amidst all the dark clouds that keep hovering over Geona City on The Young and The Restless, Summer and Kyle are seeing rainbows! Currently, the recently re-married couple is living in bliss of their own bubble. However, these are soaps we are talking about! So, how long does happiness REALLY last? Not long! If you ask us! But then where does that leave the lovely SKYLE? Are we about to see them slide down the rainbow into troubled waters? Could there be a Tara sized hole in their love boat? Let’s dig into what’s up and what could spiral down with them!

The Young And The Restless: Summer and Kyle Over The Moon With Marital Bliss!

On The Young and The Restless, lovebirds, Summer and Kyle are one of the rare couples who have a calm relationship. Instead of flying into fits of rage, they believe in discussing their problems. Unlike most characters on soaps, they actually talk. Moreover, they listen to each other. This is something that not only sets them apart from most couples, but, adds extra stability and longevity to their marriage.

In the recent episodes of The Young and The Restless, Kyle spoke out about how in sync they are in their thoughts and their marriage. Summer had proposed they take their son Harrison along with them to their honeymoon. Kyle after a little hesitation, confessed that he had the same idea. Smitten Kitten Kyle, did not just stop there, he went on to add that he feels they are “destined to last forever”. Aww, cute! But, does anything ever last forever on soaps? Except drama, of course!

Did Kyle Just Start The Timer against SKYLE?

We can’t help but wonder if Kyle has jinxed their marriage by saying “forever”. We have been watching soaps for too long to actually believe that a happy marriage will last forever in an on-going soap. And, bringing talks of destiny and forever could just be a hint at some destructive storms coming their way! While Summer and Kyle have a very stable relationship on The Young and The Restless, there are a few outside factors that could pin a hole in SKYLE’s love boat.

The first possibility that comes to our mind is Diane. Kyle’s mother, Diane has been trying hard to convince her son that she stands reformed. (Not true, btw). However, Kyle too has put in a lot of effort in warming up to her. Now, we know that Phyllis and Nikki

are trying to expose her. Should that happen, It would badly impact her relationship with Kyle. Although, the young lad might have trouble letting go of his mom and Summer may not understand that. Difference of opinion here might cause a rift, perhaps?

Another possibility could be, baby issues! Summer and Kyle have been co-parenting Harrison on The Young and The Restless. The tiny tot is Kyle’s son with his ex, Tara Locke. Now, that Summer and Kyle have renewed their vows, one of them might want to take their relationship another step forward and have a baby. However, there is a chance that the other half of the couple might not be on board with adding another baby to the family. This can become a huge hurdle in their marriage.

Speaking of Tara Locke, this face from Kyle’s past can definitely cause a BLAST! She has done it before! What could stop her from doing it again? However, currently Tara is locked away in a New York prison. The Young and The Restless viewers might remember, she was found guilty of embezzlement and had to serve time. But, is it now time for her to come back? She manipulated Summer and Kyle

into breaking up and staying away from each other for an excruciatingly long time.

Could the cunning vixen pull it off again? If we had to guess, we would say YES! In fact we feel amongst the above three possibilities, Tara returning is the most plausible one. Too happy to last, is a real thing on soap operas. Do you think SKYLE might be the next unwitting victims to it on The Young and The Restless? If yes, then do you think the thorn on their side will be Tara? Please share your views in the comments.