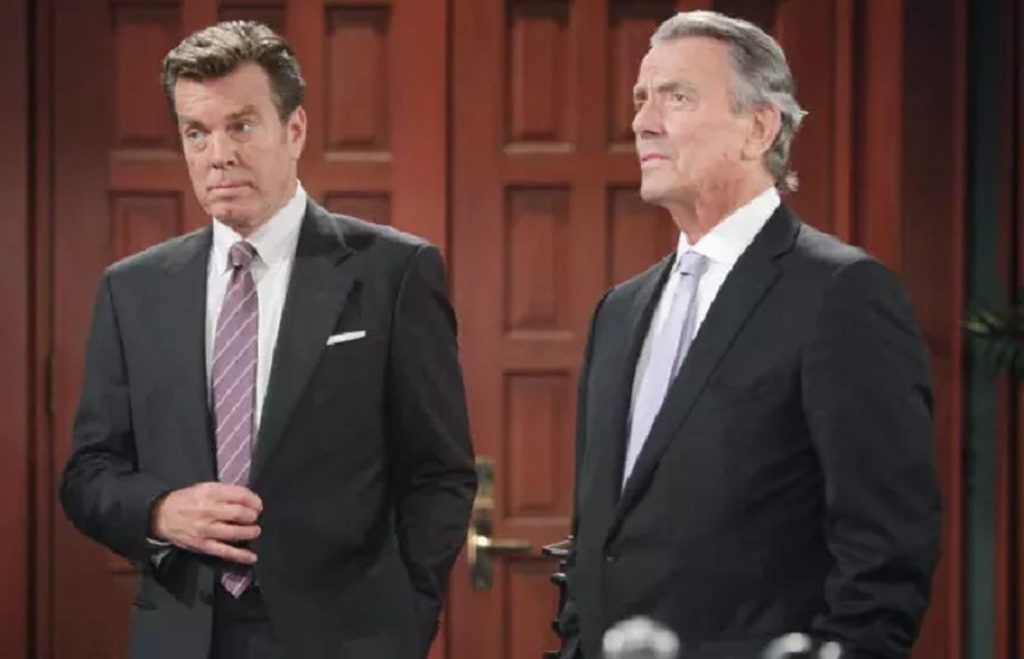 The Young And The Restless: Victor And Jack Team Up, Take Jeremy Down

The Young And The Restless spoilers tease that a controversial team-up might happen soon to take Jeremy down. It might be none other than Victor and Jack since both will realize that their family is in danger because of Jeremy’s arrival in town. If that’s what is going to happen, let’s discuss how the storyline will pan around this scenario.

This week, Jeremy officially came into the canvas when Diane opened the door and was horrified to find the criminal, Jeremy. The Young And The Restless then showed that it was Phyllis who summoned Jeremy in town and gave the exact location of Diane to him. The recent spoilers say Jeremy will remind Diane that he has some unfinished business to complete. Fans know that Diane had a deal with someone to lock up Jeremy in jail. So, he is now back in town to get revenge for her.

However, the important part over here is – it’s not just Diane who is in trouble but the whole family, including little Harrison. Given Jeremy’s criminal background, it is just too dangerous for Jack to let him roam the town. In the meantime, Victor is also shocked to find him in the town and is using his methods to find out why he is there for. Coming back to Jeremy, he already has spooked Diane by mentioning unfinished business, but along with that, he also has used Harrison’s name quite a few times now.

Phyllis’ foolishness in calling Jeremy is not just putting Diane in danger but also the entire family. To talk of Victor, clearly understands the situation and might also look for a way to drive him out of town. What will Jack and Victor do now to throw the criminal out of town? Let’s discuss what might happen now.

The Young And The Restless Spoilers: Jack-Victor Team Up To Take Down Jeremy

During the week of December 12-16, 2022, The Young And The Restless spoilers tease Jack will make a risky deal with someone. Chances are there that this someone might none other than be Victor Newman! To think of it, Jeremy is an enemy to both of them. Above that, Victor does consider Harrison to be his grandson, and he will never want anything bad to happen to Summer, Kyle, and even Phyllis, for that matter, since she is Summer’s mother.

The fact that Jeremy mentioned Harrison would irk him out even more. So, looks like Jack and Victor might have a strategy session to decide how they will throw him out of town. If he gets some help from Tucker, it will definitely piss off Victor and Jack even more. So, no matter what happens, it looks like this controversial team-up might take things in the right direction. What are your thoughts on this? Comment down below, and do not forget to watch The Young And The Restless on CBS. For more updates and spoilers, visit our website, TV Season & Spoilers.