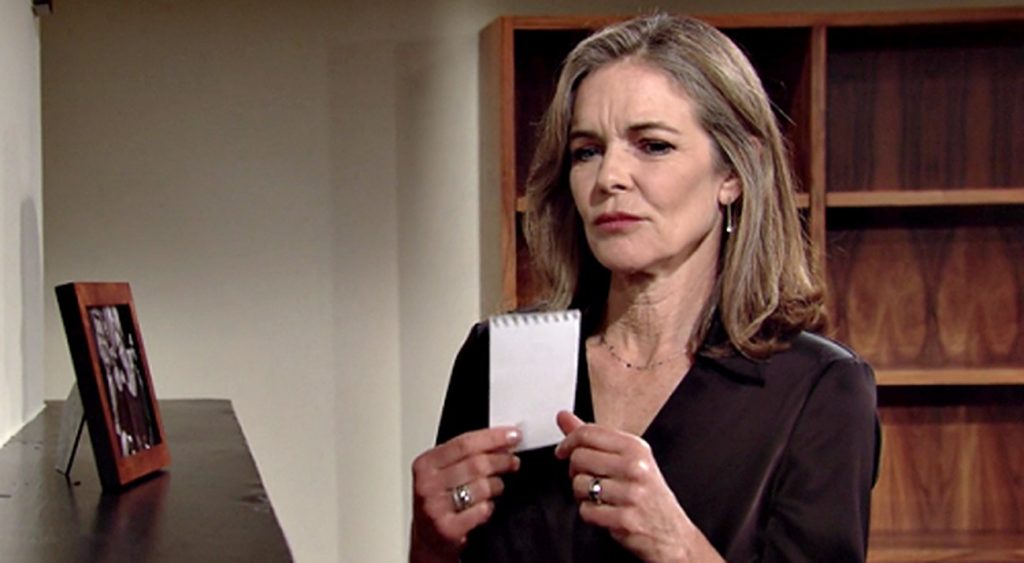 The Young And The Restless Weekly Preview For August 29- September 2, 2022: Chelsea-Adam Reconnect, Diane Gets Suspicious

The Young And The Restless preview video for the week of August 29 – September 2, 2022, reveals that Diane will find Talia Morgan. She will get a possible hint of what is coming her way and might brace herself. In the meantime, Nick and Victoria will have a chat. There, they will talk about what Victoria is planning, and Nick might reject that. Finally, Chelsea and Adam will cross paths and will share their ordeals. Keep reading to understand the storyline of Y&R next week.

The preview clip for the week of August 29, 2022, starts with Diane finding Talia sitting at the Society. The Young And The Restless spoilers say that Diane will approach Talia after she sees it. They will get into talking, and Diane will push her for more updates on her visit. However, she will sniff that something is odd. As for Talia, she will also know that Diane is the one to whom she is going to expose.

Later, Diane will sense the possible story expose. So, she may ask Talia to change her narrative. However, she will say that the readers will be more interested in women empowerment or some triumph-related stories. As per Diane, this is the kind of life she is living anyways. But for Talia, the mission assigned to her is to write a scandalous article on Diane. Fans can expect Talia to avoid her and continue with her story. Whatever it is, Diane will get a hint of the possible danger awaiting her.

The Young And The Restless Spoilers: Nick Doesn’t Need Any Protection

Further in The Young And The Restless preview video, Victoria insists on using Adam’s plan on himself. Victoria will come up with a new plan that will protect both Nick and Victor. However, Nick might simply reject her plan.

According to Nick, he is already finding it difficult to live with the guilt. Above this, people trying to protect him will piss him off even further. He knows that the whole cover-up was out of protection only. Ultimately, Nick will tell Victoria that he doesn’t need protection. Adding to it, this situation will make Nick understand Adam.

Over with Adam, he will continue to push forward his revenge plan. He will want to expose the truth of the Ashland murder case in front of everyone. A part of Nick will feel that Adam is right in exposing everything. Once Adam exposes, are there any chances of Nick regretting later? We will know that.

Next, Adam and Chelsea will cross paths. They will use that time to have a chat with each other. The Young And The Restless spoilers claim that Chelsea and Adam will share their ordeals with each other.

Adam just went through a breakup and is now in the middle of a huge exposure. As for Chelsea, she also got a recent heartbreak. Both will try to support each other. Would this flourish into something new? We will have to wait to know. Watch the preview video before commenting down below. Stay tuned as Y&R will air more drama-packed episodes in the coming weeks. The Young And The Restless airs every weekday on CBS. For more updates and spoilers, visit our website, TV Season & Spoilers.