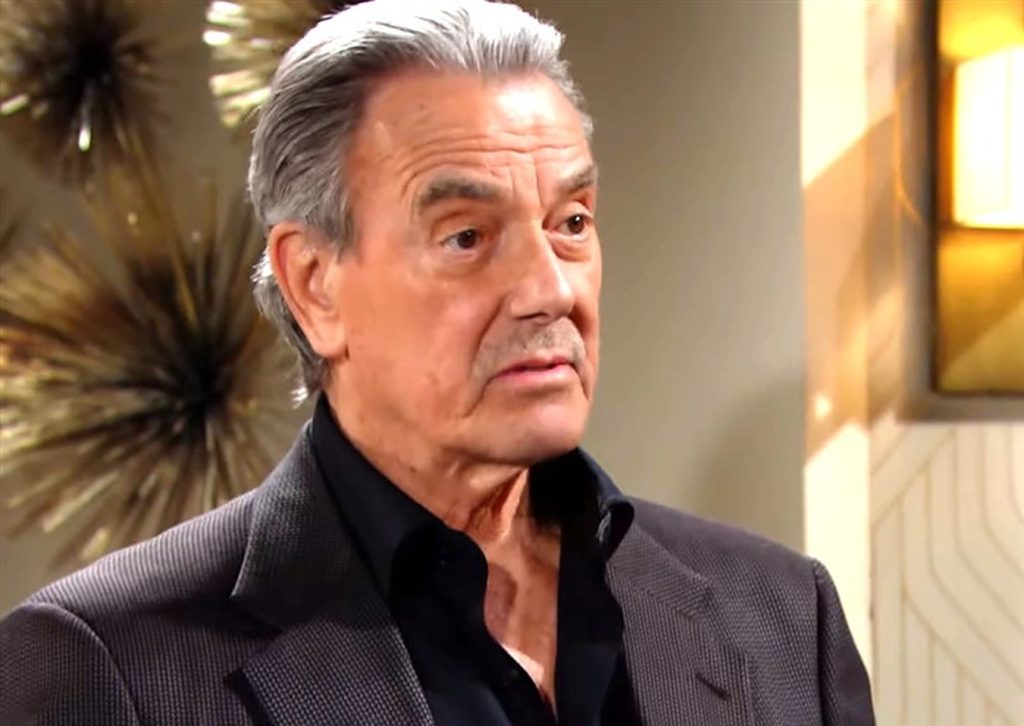 The Young And The Restless Weekly Spoilers (September 12-16, 2022): Nick-Sally Hook Up, Jack-Victor’s Showdown

The Young And The Restless weekly spoilers from September 12-16, 2022, reveal that Adam will hope to apologize to Sally. So, he will also think that maybe Sally might again come into his life. However, that will be a little difficult because Nick and Sally will come closer to each other. Across the town, Victor and Jack will have a showdown. Over with Elena, she will be furious with Imani for plotting plans against Nate and Devon to fight. Keep reading and find out what happens in next week’s episodes.

Next week, Nate will be stuck in another problem with Devon. Devon was out of town when Nate pitched his idea for a music festival. The Young And The Restless spoilers say that Devon will hear about Nate’s flopped idea once he returns. This will make him lose his temper again. Looks like he will not like how Nate made decisions without discussing them with him.

As for Nate, he hates Devon and doesn’t like asking his permission every time. At the end of the day, Devon is his boss, and all business decisions will get approval from him. This simple thing is quite difficult for Nate to understand. So, he will be furious.

Over with Imani, she will continue to stir frictions among the cousins. So, Elena will fume in rage with Imani. She will know that Imani is the one who is pushing Nate to make bold and irrational moves. However, Nate will feel just the opposite. He will feel like Imani is the only person who actually understands him. Later, Nate will decide to quit his job. But Imani will ask him to stay and get a grip of his position.

The Young And The Restless Spoilers: Victor-Jack’s Showdown

Further on The Young And The Restless, Victor will approach Jack. He will push Jack to come clean about his motives for hiring Adam. Even though Jack feels like he just helped Adam, Victor will think otherwise

. He will feel that Adam joining Jabot is like calling upon a war between Jabot and Newman Enterprises.

However, Jack will continue to make him understand that he and Adam are friends. He will try to establish that when he saw his friend losing everything in life, he offered this job to help him start a fresh life. However, No matter what he says, Victor will just continue to feel betrayed. Not just that, he will also warn Jack of future business troubles.

Adam’s Hope To Get Sally Back Shatters!

Next, Adam will feel guilty of whatever he has done to Sally. So, he will decide to apologize to her. The Young And The Restless spoilers say that Adam will be hopeful about getting forgiveness from Sally. However, this poor lad is unaware of what is happening on the other side of the town.

Across the town, Nick and Sally will grow closer. Recently, Nick has been supporting Sally in lot many issues. Even when his father wanted to fire Sally from the CEO position, he stood against Victor’s decision. Now, Y&R spoilers say that Nick and Sally’s closeness

will end up with them having a steamy make-out session. When Adam finds out about this, he will surely become a mess, and his hope to get Sally will definitely shatter into pieces.

Stay tuned as Y&R is going to air more twisted and action-packed episodes this month on the occasion of their 50th anniversary season premiere. Until then, watch The Young And The Restless, which airs every weekdays on CBS. For more updates on spoilers, visit our website, TV Season & Spoilers.