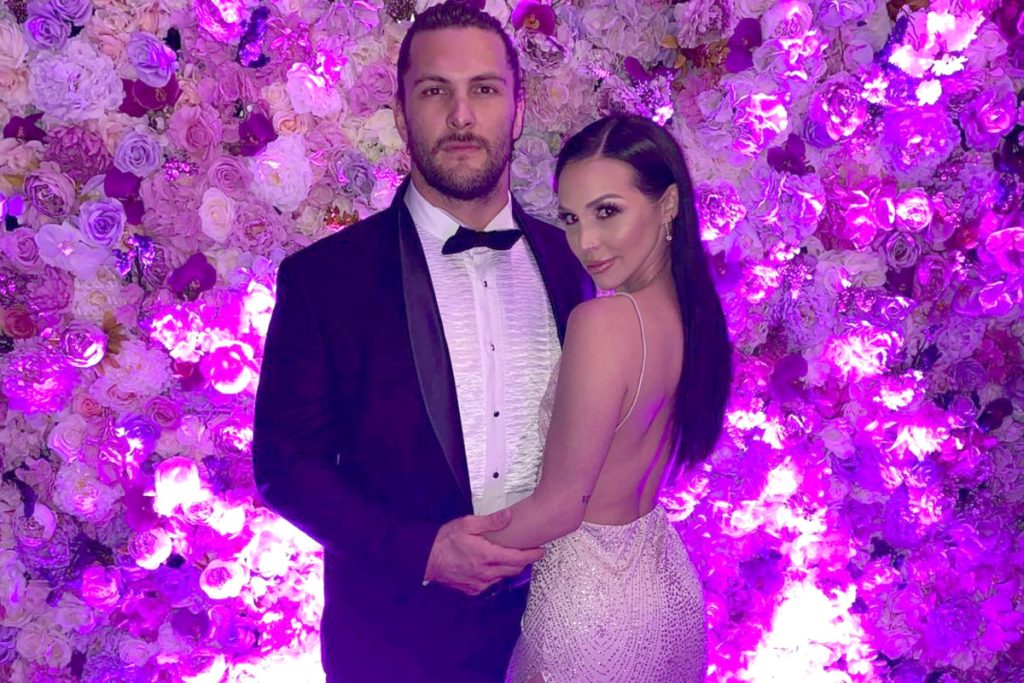 The Vanderpump Rules star Scheana’s love life was filled with struggles and issues until she met her boyfriend, Brock Davies. The couple started dating after she broke up with her girlfriend. Shay went through major heartbreaks before settling with Davies. From her unsuccessful marriage to Mike Shay to dating a mystery woman, she struggled a lot in her love life. The reality television star was not lucky in the love department. Fortunately, things are finally in her favor after she started dating Brock. The couple recently tied the knot and are now going to start the new chapter of their life together. Keep reading to know the details.

Vanderpump Rules has introduced us to some amazing personalities. The show is popular among fans, who are always curious about the cast members’ lives. Scheana Shay’s marriage to Mike Shay grabbed the major attention of the fans. The couple separated even though they were madly in love. Their breakup shocked the fans. However, soon enough, Scheana started dating Rob Valletta. Their relationship didn’t last forever either. The couple decided to call it to quit following their differences. However, she was lucky enough to find love yet again. Shay had a brief romance with a woman whose identity was never revealed. Now she has finally announced her marriage to Brock Davies.

The couple had been planning their marriage since last year. They had decided to walk down the aisle in November in Bali. But, they canceled it and decided to tie the knots in Mexico this month. Their family traveled to Mexico a few days back to plan all the pre-wedding rituals. Shay and Brock discussed their intimate wedding ceremony with People

. Their co-stars from the show also joined them. Their daughter was the center of attraction at the ceremony. Meanwhile, Courtney served as the bridesmaid.  The Vanderpump Rules stars Jax Taylor, Brittany, and Kristen Doute also attended the wedding.

Scheana Shay and Brock Davies tied the knot in a ceremony attended mostly by their close friends and family members. The couple also shared the pictures on their social media accounts. They have been dating for quite some time now. Shay and Davies got together in 2019 after they met at an event. As time progressed, their relationship solidified, and they finally decided to take their relationship to the next step in 2021. Last year in July, Brock went on to his knees to ask her to marry him.

However, before that, Shay and Davies suffered the loss of their first baby. She had a miscarriage during the early days of her first pregnancy. Luckily, four months later, they announced pregnancy again. Later on, the couple was blessed with a baby girl.  After being engaged for a year, they finally tied the knot in August 2022.