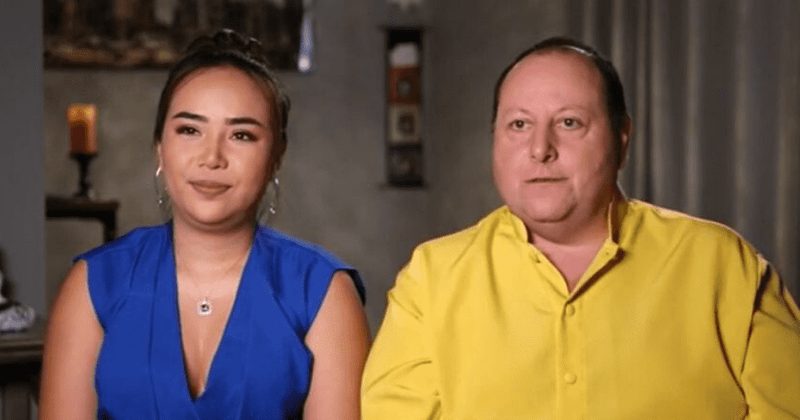 David and Annie Toborowsky have surely been among the most popular couples on the entire 90 Day Fiance franchise. Well, given that they appear on almost every other spin-off of the show, many think that this fame seems more forced than natural. In fact, fans now think that they’ve become staples for TLC and Discovery Plus. Hence, after appearing on all these shows, they seem more annoying than adorable. Lately, the couple has been receiving a lot of criticism compared to their usually tons of love and support. Here’s what actually happened.

90 Day Fiance: Fans Criticize The Toborowskys For Doing Too Many Spin-offs

David and Annie Toborowsky have come a long way since they first appeared on the TLC franchise. Over the years, they have become one of the most favorite couples of 90 Day Fiance fans, all thanks to Pillow Talks. The viewers have adored Annie and the chemistry between the couple. However, that’s all they have to offer on every single spin-off they have appeared. Hence, some fans on Reddit say that it’s now getting too repetitive and annoying, ScreenRant reported.

People aren’t happy with the fact that the reality TV couple has had the shtick for so long. Besides, all they’re doing is earning off these spin-offs. TLC and Discovery Plus have featured this couple so much that they have eventually become fan-favorite forcefully. On the other hand, some fans also wonder if David and Annie have paid back Chris. Well, dedicated viewers would know about the favors they took from him back when they started featuring on 90 Day Fiance. All of these criticisms are fueled by the announcement of another 90 Day spin-off called “Foody Call.”

90 Day Fiance: Annie & David To Appear On Another Spin-Off Series

Yes, Annie and David will be doing their same antics on yet another spin-off series of the TLC franchise. They are already featuring on the series that they rose to fame with, Pillow Talk. However, apparently, they will be back on another series of the show. This time, the Toborowskys will be seen cooking in the kitchen while answering some spicy questions. The new episodes will also see other TLC staple couples like Loren and Alexie, Paola, and Russ Mayfield alongside others. 90 Day Fiance: Foody Call premieres May 29, 2021, on Discovery Plus.

In the trailer, David and Annie are being the adorable selves that they are. Well, many of their fans were happy to get to watch them again. However, there were also some of those who were disappointed in the couple. What do you think? Should Annie & David finally slow down on appearing on such spin-offs? Share your opinion in the comments below. Keep coming back to TV Season Spoilers for your daily TLC updates.