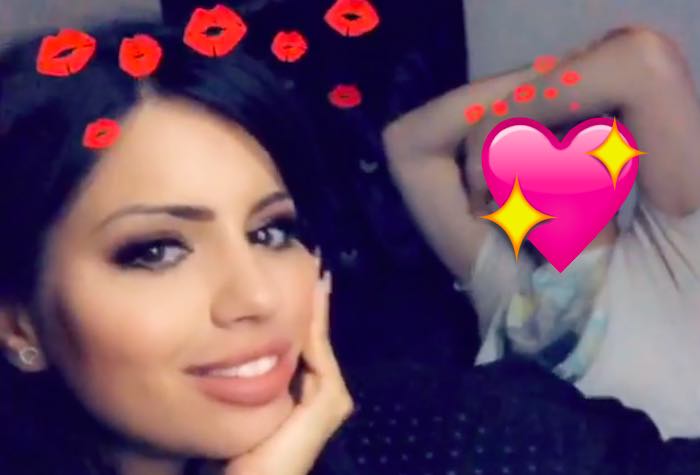 Since the announcement of the divorce party, one thing is certainly clear, Colt and Larissa are both ready to put each other behind and move on from all the 90 Day Fiance. Larissa has taken this a step further by flaunting her new relationship on social media. Earlier she was skeptic about introducing her new boy toy to the world. She said that he is a private person who is not that active socially.

90 Day Fiance: Larissa Taking It To The Next Level

Larissa has always been active on Instagram. Her profile never remains dormant. But the recent activity on her handle has got fans up from their seats. From the day she mentioned that she was ready to get back out there, fans have been wondering about what her next move is going to be. When she did find a guy she spoke so highly of, she wasn’t ready to bring him in front of the public eye. This was driving viewers crazy and had filled them with curiosity about the mystery. Moreover, his profile did not reveal anything promising which added to the mysterious nature of the new relationship.

Most of her followers have been asking her to show who her new man is. Well, guess what, she did! With the caption mentioning him as ‘bae’ Larissa posted a short video clip revealing her new boyfriend. She also added that fans can see them at the Las Vegas club this weekend. Her snap from two days ago captions that he makes her smile more and cry less. Clearly, she is head over heels for this man. At least that is what we can see.

What Fans Have To Say About Larissa’s New Boyfriend

As always, fans have brought mixed reactions in the comments section. Most of the fans seemed happy that Larissa has moved on and found someone. Of course, some of them also made it too obvious that they were Colt’s haters. Most of the fans are calling him an upgrade over Colt. One fan sarcastically pointed out that her new boyfriend must have brought her flowers at the airport.
Also Read: Larissa Answers Fans Questions
One follower pointed it out that a smart thing to do would be low key at the present moment. Some also ask whether he is ready to sponsor her stay. One viewer said that her new bae is only there for gaining some followers. However, another user quickly shunned the comment saying that he does not have an Instagram account. A common opinion was that fans were happy for her and the new guy was lucky to have her.
What do you think of 90 Day Fiance star Larissa and her new relationship with her new boyfriend? Is this something that is meant to last or is just another rebound story? Is Larissa’s feelings towards this guy real? Or is she just looking for another person to sponsor her stay in the United States? Let us know what you think in the comments below.