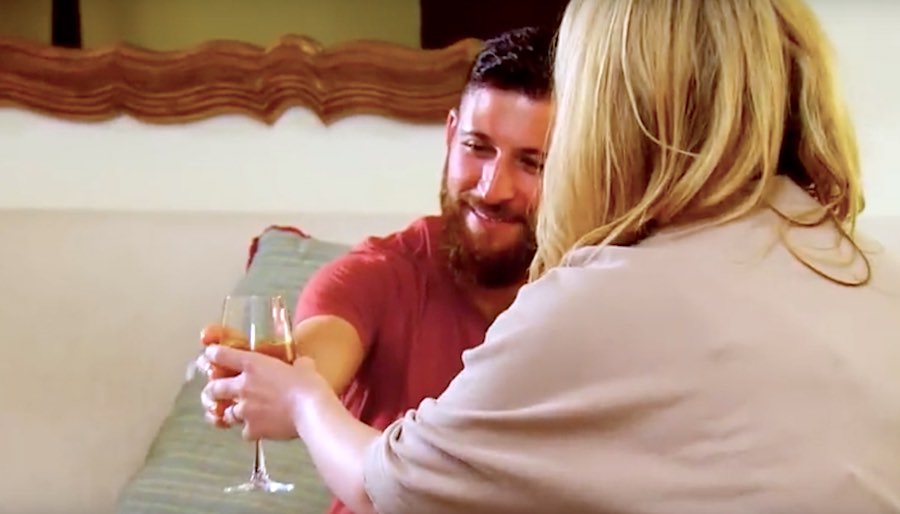 As the decision day comes near, ‘Married at First Sight’ stars Kate and Luke’s marriage continues to deteriorate. Kate is worried that bringing Luke’s awkward sex life to Dr. Pepper Schwartz would cause the mini happy stretch to end. Even though times haven’t been as difficult as they were before in their marriage, Kate is somewhat unsure. She discusses with fellow wives and keeps wondering as to how long she can stay with a man who wants to get attracted to her but somehow it isn’t working out.

‘Married at First Sight’: What Luke Has To Say To Other Husbands?

According to what Luke discussed with other husbands, he is unsure about what he is going to do on the decision day. The marriage hasn’t been a success till date even if things aren’t as bad as they were initially. But when Kate admitted to telling Dr. Schwartz about their awkward sex life, Luke didn’t hesitate to back-answer.

‘Married at First Sight’: Kate Admitted To Spilling The Beans About Their Intimate Life

The couple has been physically intimate with each other since the honeymoon and Kate told all about it to the expert. When she confronted Luke, he expected her to miss out some details. Luke pointed out that she was the one who had four glasses of wine. To this, Kate replied that the last two were the ones he gave to her. And then she got drunk! Luke said that he hates this, but Kate was adamant on her statement that it should feel normal to have sex.
When Kate asked for the truth about his strange behavior about his awkwardness, he came back to Kate’s drinking problem. He mentioned that he was trying to avoid this during interviews because he didn’t want it to become the sole point of discussion for their relationship.

‘Married at First Sight’: Kate Finally Confessed And Broke Down

Kate stated that she has been drinking a lot more lately. But she had a reason and an explanation for the same. Being called unattractive by her own husband has taken a toll on her and she has been stressed out. Luke pointed out that Kate’s behavior after she is drunk bothers him and makes him very uncomfortable. At the end of the day, she admitted, teary-eyed, that her husband is right and she needed a moment to process all of this. “So you’re done?” was Luke’s last statement before the explosive episode came to a halt.

What will happen now that the secret is out? 😳 Find out Tuesday at 9/8c on a brand-new episode of #MarriedAtFirstSight. pic.twitter.com/TDNxD8H38h

Earlier, fans thought that Luke was just trying to gaslight Kate. But after this confession from Kate herself, blaming it all on Luke might seem a little unfair. But on the other hand, we can all see that Kate is trying her best to make things work. Luke is causing her enough stress, and she has turned to drink to find some relief. What do you think of this situation? Let us know in the comments below.