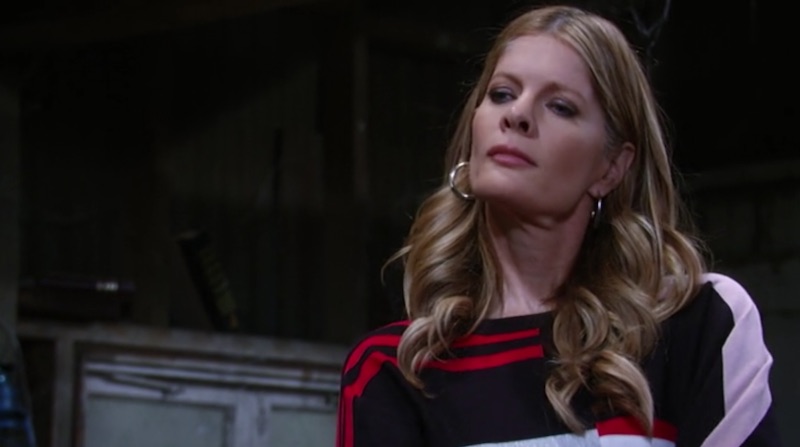 This is going to be an intense week for General Hospital fans as there is a lot to occur on the upcoming episodes. With intense confessions unfolding and shocking DNA tests rolling out, viewers can count on the drama to escalate and the plot to thicken.

Kevin Collins is all set to hit the court this weekend on General Hospital. He has been charged with abetting and aiding his twin for a killing campaign in Port Charles. His treatment as an accomplice began since the news of keeping Ryan a secret came out. Franco and Lulu survived Ryan’s attack, even though he was his first victim. Now, following a visit to court, Kevin and Franco are going to come face to face.

Just like most of the residents of Port Charles, Franco is pissed at Kevin. Betrayal vibes are all over the courtroom. Not only is Kevin angry with Franco, but he is also upset with Liz as well. Apparently, it seems as if she is taking Kevin’s side and Franco is going to wonder why.
As far as the present situation goes, Kevin doesn’t have anyone’s back. Lucy Coe, his ex-wife, is the only person who shows up in court to offer some much-needed mental support. Kevin has asked Laura to file for a divorce, but she has her feelings to sort through.

After Maxie comes clean about what she has been up to the entire time, the DNA results proving Sasha and Nina’s biological connection are out. Maxie is also going to confess to Nina what she has been doing behind her back. As soon as Maxie and Peter read the results, they rushed to the Metro Court. The sneak peek shows that Maxie is holding an envelope and standing in front of her sister-in-law. Sasha and Valentin are also there. According to the test results, Sasha is indeed Nina’s daughter. But the recent General Hospital spoilers reveal that there is something about the DNA results that Valentin is lying about.

Maxie and Peter are close to uncovering Valentin's Sasha-sized lie, but another interested party may thwart their efforts. #GH55
An all-new #GH STARTS NOW on ABC! @teenystweeting @wesramsey pic.twitter.com/DVISiKy1cs

Since Sasha warned Valentin about Maxie taking a hair sample, he has been hanging around. There is a possibility that he paid a massive amount to get the reports switched or switched them himself. During the entire time, Sasha held back and stayed quiet. As soon as the results were out, she was shocked at Nina being her mom.
With so many events occurring simultaneo usly, it would be hard for viewers not to be glued to their screens. Stay tuned for the latest news and the upcoming General Hospital spoilers. What do you think the future holds for your favorite GH characters? Let us know in the comments below. Stay tuned to TV Season Spoilers for latest General Hospital

Join us on Tuesday (April 2nd) for a very special episode that celebrates the history and legacies of #GH. Don't miss out! #GH56 pic.twitter.com/0UAHUCvIg7