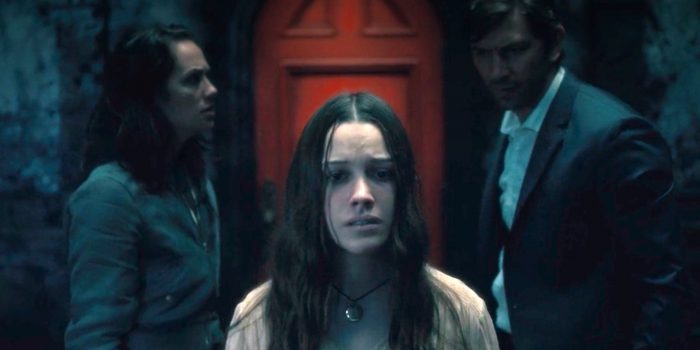 The Haunting Of Bly Manor: Delay In Release Of Season 2? Everything You Need To Know

If you think Hill House was the scariest place you’ve ever known, Mike Flanagan will prove you wrong. The insane-horror film and show maker returns with The Haunting Of Bly Manor. Yes, we’re finally moving out of Season 1’s crazy house. However, that sure isn’t some good news. Are you ready for another round of hauntings? Here’s everything to know.
The Haunting debuted back in October 2018 and took us straight to Hill House. The installment puts its focus on a family with a couple and their five children. Well, the hauntings in the house deeply affected the sibling until as kids and as adults as well. Besides the supernatural elements, the show also deals with several psychological aspects that the characters struggle with. The series is an emotional masterpiece with witty scares.

The Haunting Of Bly Manor: Renewal

The first season of the directorial treasure barely took a few weeks to win our hearts, and fans soon began demanding more of it. Later in February 2019, Netflix announced th at the series is renewed and is set to return soon. However, the streamer also revealed that the story of the show would no longer be around Hill House. In fact, Season 2 will now pick up an entirely different plotline. While a large number of fans were happy to hear that, others wanted to watch more of the Crain siblings.

A post shared by The Midnight Club | Netflix Flanaverse (@thehaunting)

What Is Season 2 About?

Being an anthology, the series will now pick up an entirely different storyline. The Haunting Of Bly Manor will be based on Henry James’ popular 1898 novella, The Turn Of The Screw. As the title suggests, the story will focus on the supernatural happening in a mansion called Bly Manor. Season 1 was inspired by Shirley Jackson’s gothic novel with the same name.

The Turn Of The Screw tells the story of a governess who’s appointed to take care of two children at a remote estate. Upon living in Bly Manor for some time, she’s soon convinced that the grounds are haunted. On the other hand, the governess is also doubtful that the ghosts visit the children. The series of haunting follows for a while, and Mike Flanagan’s latest set of episodes will center around the same.

The second installment of Mike Flanagan’s scariest anthology may not focus on Hill House anymore. Still, it sure will bring back a few known faces. A few of the actors from the first chapter will return to play entirely new characters. The highlights of the list remain to be Victoria Pedretti and Oliver Jackson-Cohen (Nell and Luke). Both the actors were immensely appreciated for their performances in the debut round. We hope that they’re given significant roles this time, as well.


Alongside the twins (on the show), The Haunting Of Bly Manor will also feature Kate Siegel and Henry Thomas. While Kate brilliantly performed the unique role of Theo, Thomas will always be remembered as Hugh Crain. On the other hand, we’ll certainly get to watch a whole lot of new characters. As of now, we don’t have any specific names. However, we promise to update you as soon as we get to know. So, keep checking this space!

Currently, Netflix has kept the fans unknown of The Haunting Of Bly Manor’s premiere date. However, the series is set to return sometime in the next year. As per speculations, we can expect Season 2 to be on Netflix as early as mid-2020.
What are your thoughts upon the Season 1 closure? Tell us in the comments below.