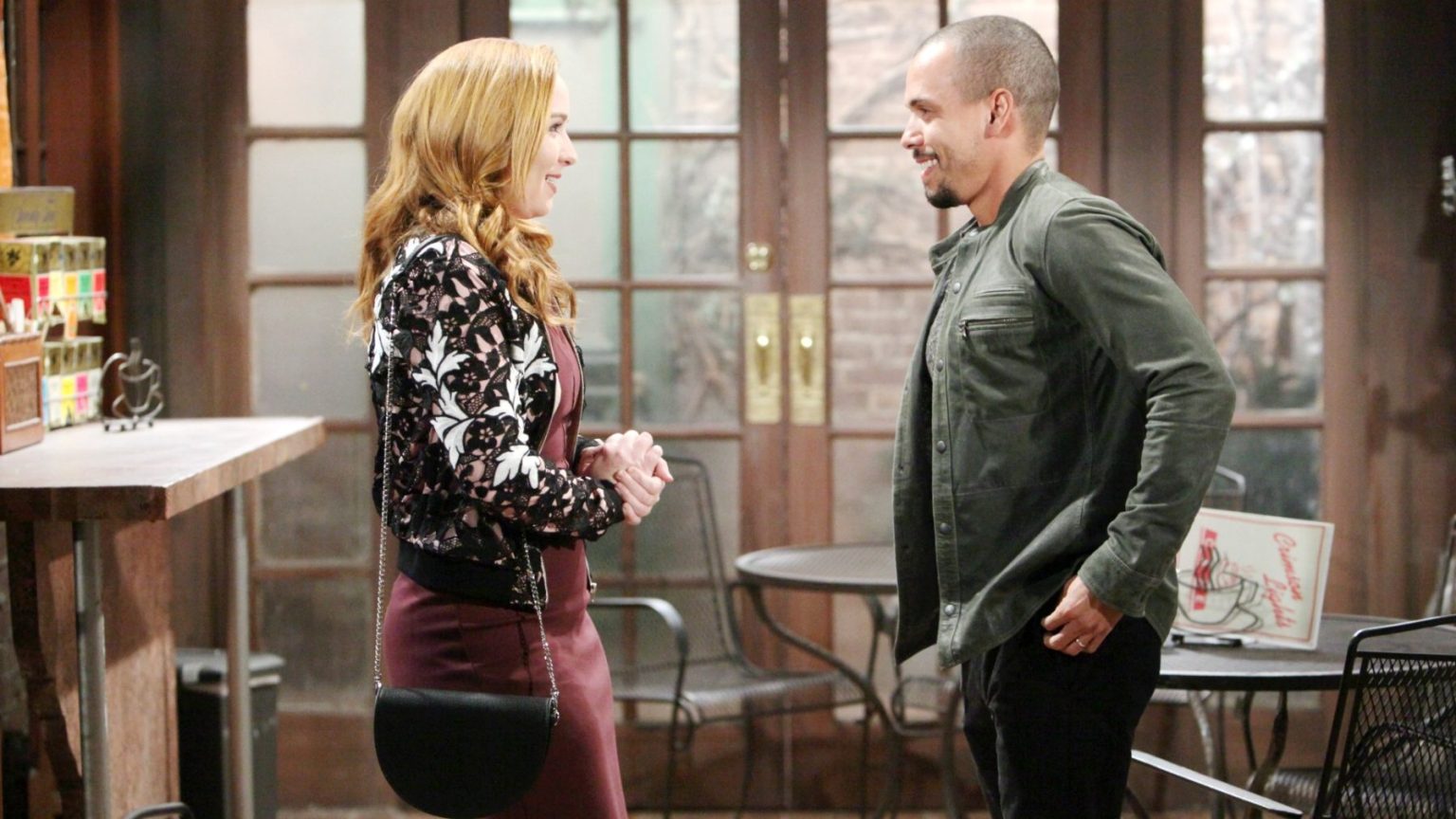 The Young And The Restless: Mariah Dumps Tessa To Marry Devon, Wants Baby Dominic Out Of Chancellor Mansion

The Young And The Restless speculation has it, viewers might get to see some very shocking yet interesting storylines in the upcoming days. Viewers are aware that there is a custody battle brewing between Devon and Abby in the upcoming days. For this, Devon might take things too far to get the baby’s custody.

One of these could be urging Mariah to get married to him. He might think that if they portrayed a united front, their chances of getting the baby out of the Chancellor’s mansion would increase. Would Mariah agree to this? What will happen? Here is all about it.

The Young And The Restless viewers who have been keeping up with the soap opera know that Devon is concerned for baby Dominic. He feels that Chance isn’t in a good state, mental or physical, to take care of the baby. Toping all of his concerns is the fact that Chance is finding it hard to connect with Dominic. So, Devon has decided to pursue Dom’s shared custody. Devon absolutely loves the baby and would do anything for it. So, he wants to have more time with him.

However, this isn’t something that Abby wants. Y&R viewers would also recall, Abby recently paid Devon a visit, where she told him that they would be sticking to the original agreement. But, Devon does not plan to back off. Tv Season & Spoilers confirm that Devon will stick to the idea of shared custody, and he will make moves in the upcoming days. Some of those moves could be rather shocking, but this is what he could do.

The Young And The Restless: Devon Makes Moves, Asks Mariah For Help

The Young And The Restless spoilers for the week of January 17-21, 2022, reveal that Devon will reach out to Mariah for help. He will most probably ask her to help him with the strategy session to bag Dominic’s custody. Y&R viewers would recall, there was a time when Mariah was obsessed with Dominic. She wanted him and only him. While she has now overcome her obsession, that doesn’t mean that she doesn’t care about the baby.

When Devon tells Mariah that Chance has PTSD and can’t connect with the baby, Mariah might start getting a little worried. After a lot of discussions, she might agree that she supports Devon with the custody case. She would want Dominic to have a father figure who is struggling to even pay a little attention to the baby. So, these two might join hands. What would they do?

Mariah And Devon Decide To Get Married For Dominic’s Sake?

Once Mariah is on board with the custody situation, it is likely that Devon will make as many moves as it takes to bag the custody. For that, he might want to present a solid front in front of the judge. While there was speculation that Devon might get married to Amanda to prove Dominic has a maternal figure away from home, there is another speculation that has left our minds blown off.

What would happen if Mariah and Devon got married for Dominic’s sake? Mariah is Dominic’s surrogate mother, and she absolutely loves him. Devon is the baby’s bio-father. So, this would be a much more solid parenting situation.

While Devon is right now dating Amanda, and Mariah is also involved with Tessa, there is a possibility that they might dump their other halves to have Dominic. The Young And The Restless spoilers for the week of January 24-28, 2022, reveal that Tessa might propose to Mariah in the upcoming days. If that happens, we will not put it behind Mariah to dump Tessa and marry Devon instead.

Yes, sexuality does play a huge role in all of this. But Y&R viewers would recall, there was a time when Devon and Mariah date. Would The Young And The Restless blur those lines? We will have to wait to see. If Mariah and Devon really want the baby, there is a possibility that both of them might go to extreme measures to have baby Dominic’s custody. They might decide to rekindle their old romance for Baby’s sake and end up coming together.

We know that a custody battle is brewing on the soap opera in the upcoming days. So, make sure you tune in and enjoy. Some very shocking and interesting storylines will start when this happens. Don’t miss the action. The Young And The Restless airs on CBS all weekdays.