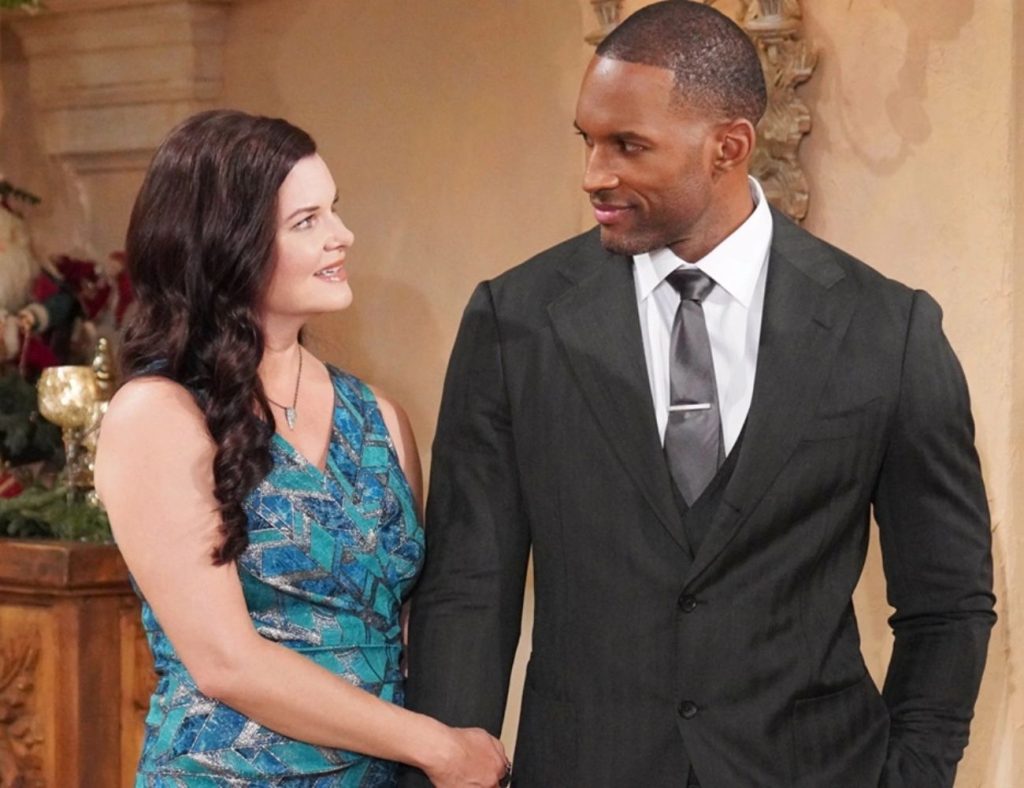 The Bold And The Beautiful: Katie And Carter’s Future REVEALED! Breakup On The Cards?

It has been exactly a decade since actor Lawrence Saint-Victor first walked in as Carter on The Bold and The Beautiful. It has been a great run for the talented actor. He has won much fanfare and a lot of critical acclaim for his performance. However, one thing that the actor’s on-screen persona has not been able to win is, lasting love. While, Lawrence in real life is happy in his committed and stable relationship, Carter’s story is a sharp contrast. He falls hard and fast in love, only to be left heartbroken later.

Carter shared this epic love with Quinn on The Bold and The Beautiful. He finally had started to feel that this was it and he will have a happily ever after with Quinn. Unfortunately, Quinn ghosted him, and how! Nevertheless, Carter licked his wounds and tried to move on in life. Currently, Carter is getting more and more involved with Katie Logan on The Bold and The Beautiful. He feels that he stands a better ch ance at lasting love with Katie. But is that really true? Like most soap characters, Katie too has past baggage.

The Bold And The Beautiful: Will Carter And Katie Make It Or Break Up?

Katie’s epic love in the past with Bill Spencer is not a secret on The Bold and The Beautiful. So their relationship will certainly not be complication-free. In a recent chat on The Talk, Lawrence reflected on Carter’s relationship with Katie. He feels that this is Carter’s first mature relationship. Previously, he was either always fighting to keep someone who didn’t want to stay or was treading forbidden territory. But it is different with Katie.

For the first time on The Bold and The Beautiful, Carter is in a relationship where they are both mature individuals. Lawrence believes that Katie and Carter have great potential. Currently, there is nothing that is keeping them apart. He added that only time will tell where it goes from here. Apart from being an actor, Carter has also written over two dozen episodes for The Bold and The Beautiful. He feels extremely grateful that the head writer and executive producer, Bradley Bell, took him under his wing.

Lawrence shared that he had been a fan of The Bold and The Beautiful since he was a child. His aunt used to watch it every day and he watched it with her. Hence, when he first met Bradley Bell, they hit it off almost immediately as they chatted about the storylines of the soap. Lawrence shared that Bradley invited him into the writer’s room and has taught him a lot. However, even then, Lawrence admitted he doesn’t know what the future holds for Katie and Carter. He admitted to not having a say in how any character’s storyline progresses.

So we guess, we will have to continue watching The Bold and The Beautiful to find out what really happens next. But Katie and Carter fans can keep their hopes up since Lawrence pointed out that they have potential and are great together! Do you think they will make it? Please share your views in the comments. Meanwhile, stay tuned to TV Seasons and Spoilers for more such updates!