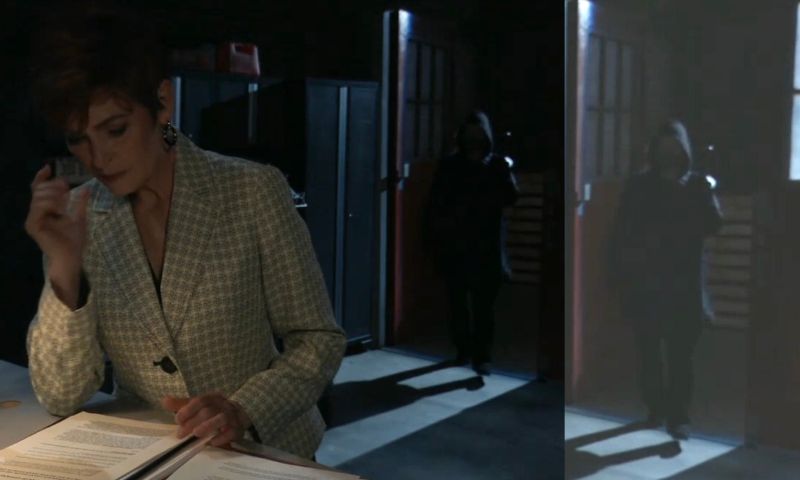 General Hospital Spoilers for September 26, 2022, tease that Cody will lash out at Felicia because of Mac. Next, Valentin will have no choice. So, he will decide to plot a murder plan for Victor. Across the town, the hook killer will be ready to attack the new target – Diane! Keep reading to see what is brewing in Port Charles.

Fans know how worried Finn is for Elizabeth. So, he will take it upon himself to help Liz further. General Hospital spoilers for Monday, September 26, 2022, say that Finn will have something important to discuss with Terry. She will hesitate to speak with him as she knows Liz won’t approve of it. Earlier, when Finn and Terry shared concern for Liz, she didn’t like it.

Over with Cody, he will go on a date with Britt. However, the General Hospital spoilers suggest that Cody will confront Felicia. Looks like Mac has been persistently asking questions about Cody for past few days. So, he will want to know what is on his mind. Days of pent-up anger will come out as he blasts at Felicia. She might spill something that will help Cody join the dots. Will he be able to know that Mac is his biological father? We will know soon.

At the hospital, Ava will open the letter which Nikolas gave. After she learns about the sacrifices Nik has made for her, she’ll mull her thoughts over it. Even though she acknowledges his sacrifices, she wants to make one thing clear. After dropping such a huge cheating bomb, he cannot accept her to move on. So, Ava will need time to come out of it and forgive Nikolas. Over with Robert, he will continue to find something behind the scenes.

At the Metro Court, Gregory and Alexis will discuss the open letter they plan to publish in the newspaper. Later, they will have some work to do in Brando’s garage. But to their shock, it looks like they will discover something horrific.

General Hospital spoilers say that Diane was checking the guardianship paperwork. However, the poor lady didn’t know that the hook killer was lurking at her from a distance. Once “The Hook” is prepared, he or she will attack Diane from the back.

Back with Alexis and Gregory, they will discover Diane in a pool of blood after reaching the garage. Of course, they will be shocked and horrified to find her in that state. Once Diane is rushed to the hospital, Finn will come to rescue the patient. Since now people know that the killer uses poison on the hook, Finn will need to hurry up the procedure. It’s not just the wound but all the venom which will spread to the body.

After the attacker plunges the hook at Diane, police will suspect Dex. General Hospital spoilers suggest that Dex was supposed to wait till Diane leaves. But he left before her as he had some pending work to do. Once Dex realizes that he is getting suspected, he will ask Mac if he wants to arrest him. Nevertheless, Dex will land in hot water as police start to interrogate him.

Finally, Valentin and Anna will make love at her house. But then they will turn their attention towards their plan of taking Victor down. In any case, Valentin will want Charlotte to be safe. For that, he can go to any extent. Once Anna ensures her support, Valentin will have no choice.

The General Hospital spoilers claim that Valentin will make a final decision to murder Victor. now, it will be interesting to see how they move forward with their plan. Stay tuned and watch General Hospital, it airs every weekday on ABC. For more updates and spoilers, visit our website, TV Season & Spoilers.