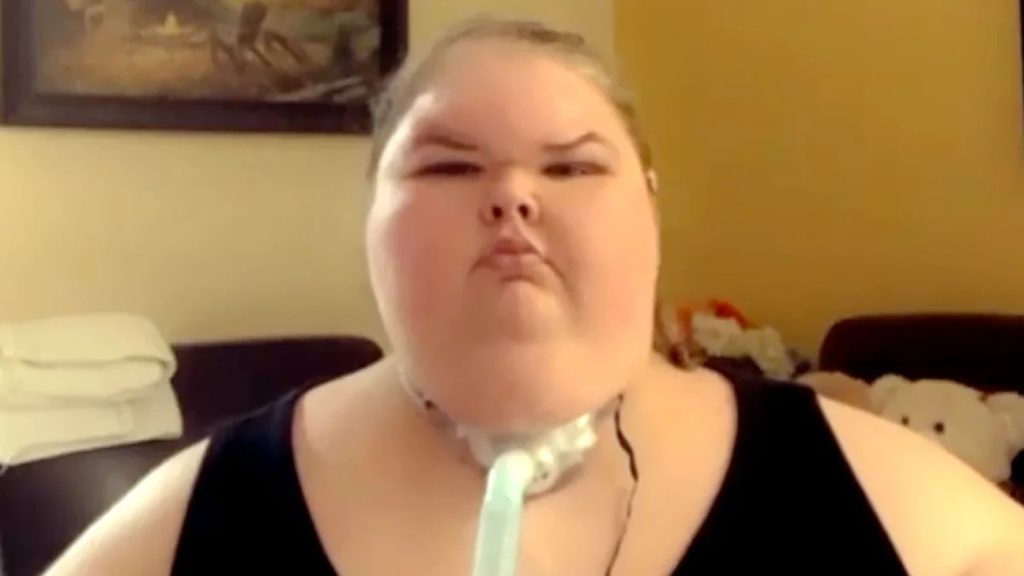 The 1000 Lb Sisters star Tammy Slaton’s attempt to lose weight has been a continuous struggle on the reality show that follows her and her sister Amy as they try to lead better lifestyles. Amy Slaton has already had her weight reduction surgery, but Tammy is still struggling hard to reach her goal. However, in the latest season, she almost gave up as her body tended to shut down. She even encountered a near-to-death experience twice while she was in rehab. But she didn’t give up and stood again. However, Tammy is currently working hard on herself in the rehab center. She lost a significant amount of weight and went home for a while. So, did Tammy return to the center? Where is she today? Let’s find out

The 1000 Lb Sisters star, Tammy Slaton, is finally working on herself. The TLC personality did lose around 62 lbs of weight. However, after losing 62 pounds, she left the Windsor Lane Health Care rehab center in Gibsonburg, Ohio. But many viewers have wondered about Tammy’s whereabouts in the facility since the show is back with Season 4. Although, it was later found out that she took a break to go home after losing a significant amount of weight. Windsor Lane Health Care is based on Windsor Lane and is situated in Gibsonburg, Ohio. However, before making a decision, Tammy stated on the website testimonial that she had lost 62 lbs while being there. She wrote that she entered the center hoping to get healthier and lose a huge amount of weight. Tammy stated that she successfully lost over 62 lbs of weight

and hence decided to go home.

However, telling about her experience, she said there have undoubtedly been difficult times. But there have also been a lot of happy moments. In the end, while wrapping, Tammy thanked everybody who supported and helped her throughout her journey. She even added that she hopes to continue her weight loss journey in order to inspire others. Tammy first entered the rehab in early 2021 and returned after her first exit. The rehabilitation facility is the only option in the country for specialized bariatric skilled treatment that offers patients up to 1000 lbs of weight reduction help. It is designed to assist patients with nutritional balance, exercise, regaining mobility, and restoring their full independence.

1000 Lb Sisters: How Is Tammy Doing After Her Weight Loss?

According to The Sun, Tammy is presently in recovery. She met her husband, Caleb Willingham, after undergoing a successful gastric bypass procedure in August 2022. Near the end of the summer, she underwent major surgery in Lexington, Kentucky. She underwent surgery just before her wedding after losing enough weight to receive approval. According to reports, Tammy is already walking and standing. Tammy decided to stay in therapy after the two-week healing period was complete. During the fourth week of October 2022, the 1000 Lb Sisters star accepted her new husband Caleb’s romantic proposal in the Ohio recovery facility’s parking lot.

By the end of the summer of 2022, Tammy had to go back to the Ohio weight rehab facility to check on her recovery status. Although her original release date was September 1, but as per the reports, they kept delaying it. The nurses still need to keep an eye on Tammy’s trach. But doctors have inserted a medical tool into Tammy’s throat to help her get enough oxygen to her lungs. Before her operation, she had a procedure to shrink the tube’s size. Tammy had wished to return to Kentucky by the end of December. However, as she has already signed a contract with TLC for the fourth season, she cannot say anything about her weight loss. Stay tuned to TV Season & Spoilers for all latest updates.