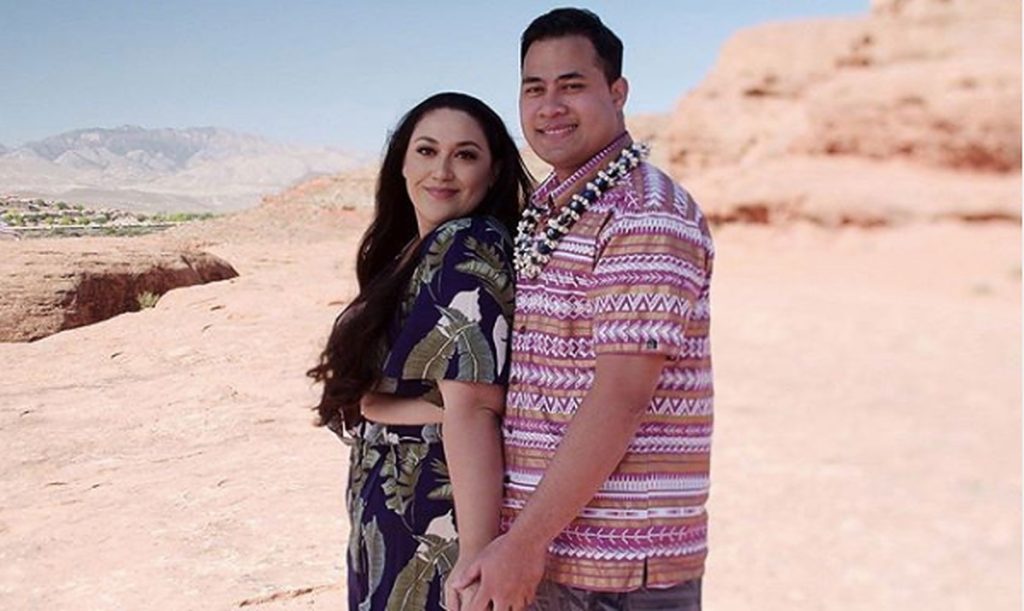 90 Day Fiance: Asuelu Confirms He’s Still With Kalani! Not Getting A Divorce?

Asuelu and Kalani were one of the strongest 90 Day Fiance couples back in the day. However, things started to fall apart for them only a few years ago. Apart from their families, even the couple began to fight with one another. In fact, their social media activities made the fans realize that there is trouble in paradise for the couple. Later, viewers assumed they had separated after Kalani moved to LA, but her husband, Asuelu, didn’t join her. But, as the Holidays are going on, the family of four, including their two adorable sons, are back together again. Amidst this, Asuelu ended up confirming that things were okay between him and Kalani. Keep reading to know how that came into being.

Asuelu and Kalani’s problems came into the public eye after their appearances in 90 Day Fiance spin-offs. The latter would be tired of the former for not understanding her. Instead of helping out around the house or with their sons, Asuelu much rather preferred going out and playing golf. Soon, their issues intensified, and the couple made various accusations about each other. While Kalani would say her husband blocked her on social media, he mentioned she didn’t want to spend time with him anymore and had “changed”. Later on, the fanbase got a massive shock when they saw Kalani and Asuleu moving to two separate places. The American women settled in California with their kids, Kennedy and Oliver. On the other hand, Asuleu moved back to Samoa to be with his family.

However, all four of the Pulaa family members are together, and Asuelu took to his Instagram to share sweet pictures. The family was in holiday attire. While posting the picture, the man wished Merry Christmas and a Happy New Year in Samoan while using a heart and kiss emoji. That’s when the 90 Day Fiance fans began assuming that it was Asuelu’s way of confirming that he is still with Kalani

. Many of them took to the comments section to compliment the family. Many of them were glad to see Kalani and Asuelu work on their marriage one more time instead of giving up and separating. They wished the family of four well and wanted to see more of their Christmas adventures.

While Asuelu and Kalani were living separately before, their kids had to suffer. Both their boys, Kennedy and Oliver, were staying with their mom in California when Asuelu went to Samoa. It turns out that their father finally decided to surprise the two. Hence, he came to meet them for the holidays. It was a massive surprise for the little ones. Seemingly, 90 Day Fiance star Kalani was the one who captured the two boys opening the door. The little ones didn’t know their father, Asuelu was there to surprise them, and they latched on to him immediately after giggling. The audience was very happy with this sweet video.

As Asuelu and Kalani’s divorce rumors surfaced on the internet earlier this year. However, none of them went on record to mention anything serious about their relationship. The reality TV couple sprinkled a lot of cryptic posts on their social media about their failed marriage. But their latest Instagram posts suggest that they are willing to work on their marriage slowly and steadily. So, the viewers were happy seeing all four members of the Pulaa family smiling ear to ear for the holiday photos and spending time together. Keep coming back to TV Season & Spoilers for more updates about 90 Day Fiance.