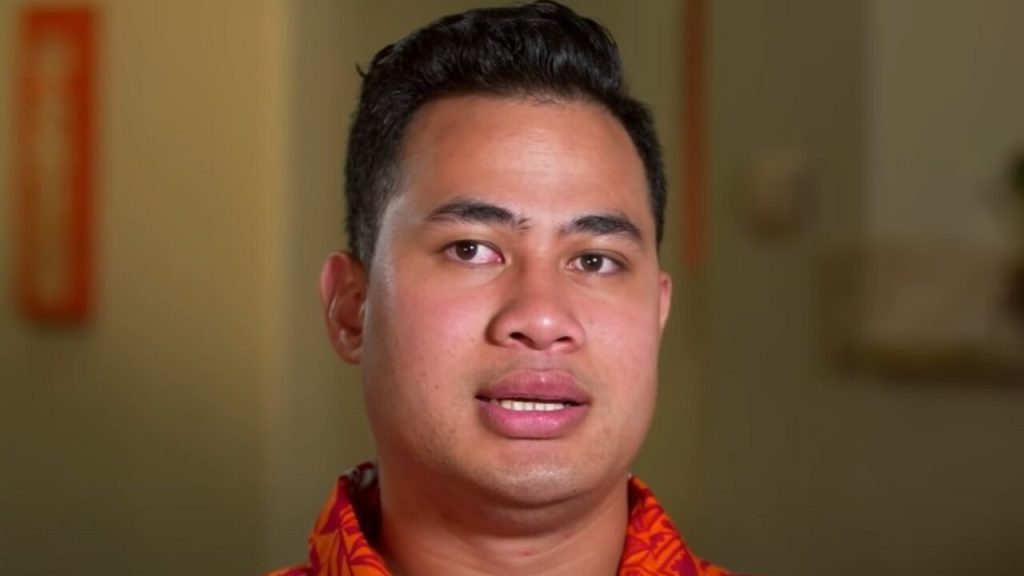 The popular 90 Day Fiance celebs Asuelu and Kalani have always been one of the most loved couples on the show. They made their debut in season three of a spinoff and decided to walk down the aisle. However, it seems that things didn’t work out between the two, as their divorce has been rumored for a long time now. Amidst all these speculations, Asuelu’s recent weight loss transformation is earning a lot of praise from the fans. We have all the information you might wish to know, so keep on reading.

Many 90 Day Fiance fans might know that Asuelu met Kalani at a resort. One thing led to another, and soon the duo started dating each other. Within no time, the couple delivered their first baby named Oliver. Apparently, the Samoan star decided to tie the nuptial knot to Kalani Faagata in September 2018. When the couple was on 90 Days, they became people’s favorite, and because of this, they reappeared in the spinoff as well. However, it seems that their relationship started deteriorating after they welcomed their second child. As per Kalani, her husband wasn’t mature enough to handle a family. For now, the couple isn’t living together, but yet they haven’t confirmed it officially.

However, amidst all this, the TLC star Asuelu’s weight loss transformation has become the talk of the town. Recently he took to Instagram and shared a new dancing Christmas video in which he looks like a completely different man. He captioned the picture, “Happy holidays, everyone”. Apprently in the video, he looked really lean while he wore his casual top and shorts. The 90 Day Fiance star looked stunning in his clean side-shaven head hairstyle with a goatee beard. Perhaps, this really made his face look slimmer and lean.

Fans loved his video and were really happy to watch him enjoying his life. A fan commented, saying that they are proud of his weight loss, and it is great to watch Pulaa being all happy again

. Another one added that they couldn’t even recognize him because of his massive weight loss. Besides, the third stated that the star looks completely different but in a good and a better way. Fans have noticed that the TLC star has been really happy lately. He often posts dancing TikToks and is living a happy life.

90 Day Fiance: Is Asuelu Having A New Women In His Life?

The 90 Day Fiance star Asuelu has been creating controversies lately. However, he hasn’t confirmed his divorce publically. But as per the activities of the duo, it seems that they have no room for each other in their lives anymore. Not only this, the star recently took to Instagram and posted a video in which a mysterious woman was kissing Asuelu’s cheek. This video came when the TLC celeb took a solo trip to his homeland to surprise his father after five years.

The 27-year-old wore a pink shirt, while the woman wore a red top and came from behind and kissed him. Asuelu seemed to be really happy and grinned ear to ear. As per his caption, he was in Taumeasina’s resort and was heading for a ‘Ladies Night’. This suggests that maybe he is single now, and that’s why he is enjoying so-called ladies’ night publically. However, there is no confirmation from that star who the lady was and what was his relationship with her. Not only that, but even recently, he also posted a video dancing with several women. Keep coming back to TV Season & Spoilers for all the latest 90 Day Fiance tea.