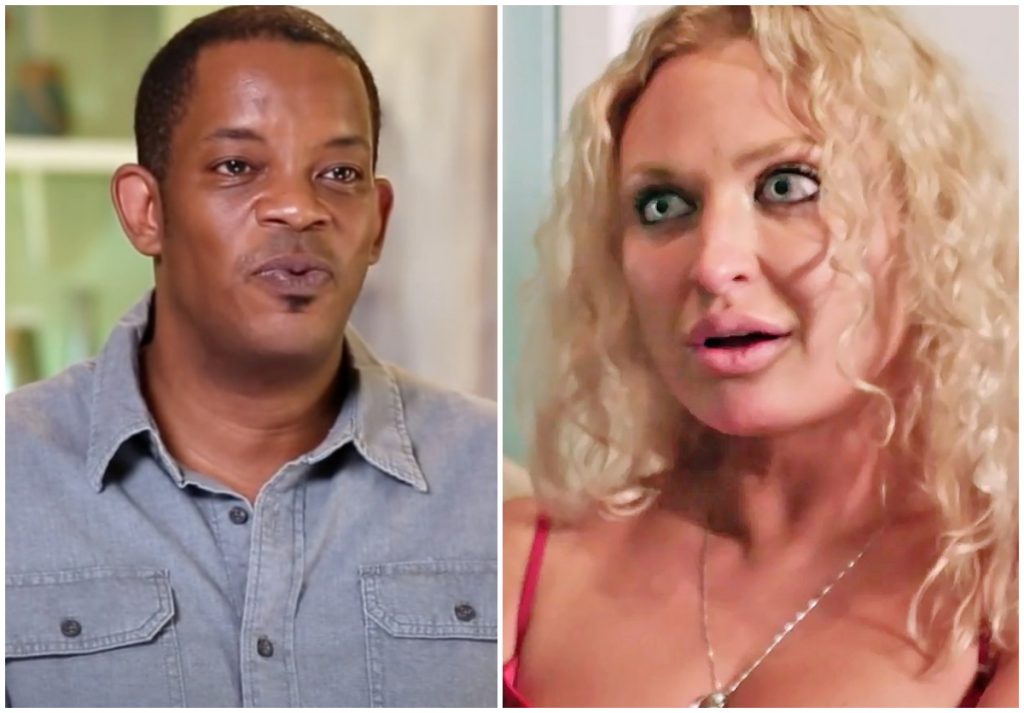 The 90 Day Fiance star Natalie has been struggling with her love life lately. She was married to her husband, Mike Youngquist, but things did not work out well with him. Later, Mordovtseva got close to Josh Weinstein. Well, things did not go well with him either. The Ukrainian beauty has been very open about her relationships, even on TV. In an interview, she expressed how attracted she is to Josh and how things went between them. Natalie even shared a few of their intimate moments in the same. However, a few speculations were raised after a viral conversation that she had with her producers. She stated that she physically indulged with Josh without any protection, which got producers thinking. Keep reading to know what happens ahead!

90 Day Fiance: Natalie Gets In A Heated Conversation With Caesar, Calls Him Out

After Natalie’s intimate revelation, the 90 Day Fiance producers raised a personal question. They questioned if Natalie was pregnant, to which the star responded with a confusing statement. She said, “I don’t think so”. Her Instagram pictures do not show any evidence of the actor being pregnant, nor has the star owned up to it. But, there are chances that Natalie is being restricted from sharing the information by TLC. On the other hand, she landed in a heated argument with Caesar when the latter gave a statement relating to her country, Ukraine.

Caesar was dating a Ukrainian girl, Alona, but things did not work out well with her. Although, he does not seem to regret it, as the content creator seems to have other women with whom he wishes to start a family. Yes, you heard us right, family with women and not a woman. Caesar had two Ukrainian girlfriends, Stella and Katrina, whom he met online. No, the story does not end here. The girls want to date him, and he is already planning a future once they move to the US.

Caesar openly stated that they would get pregnant and have a family together. Infidelity is known to break families, not build them. However, the case here sounds different from Caesar’s perspective, as per People. Even Caesar’s castmates were shocked by the revelation and could not believe their ears. Furthermore, people have their take on Caesar’s statement. 90 Day Fiance star Debbie Johnson called it a scam and questioned the financial arrangement. Even Veronica Rodriguez believes the girls are with him because they think he can provide for them.

Caesar firmly believes that money is not the core of the relationship, but it is treatment. He stated that the men in Ukraine do not treat women right, which is why they look for love outside. The statement enraged the 90 Day Fiance star, Natalie. She lashed out at him, which made her feel insulted towards her country. Caesar tried to defend himself by saying that Natalie had probably taken it differently. However, the TLC celeb was seemingly angry and stormed out of the reunion session.

Natalie realized that Josh used her for physical purposes and did not comfort her emotionally. The star expressed her wish to restart her relationship with Mike, majorly after he helped the former’s mother escape Ukraine. On the other hand, Natalie flaunted her new hair extensions, which fans did not appreciate. She is known for her short blonde curls but has added extensions to make her hair appear longer. However, her fans could not take it and wished her to return to her previous hairstyle. For more exciting news updates, stay tuned to TV Season & Spoilers.