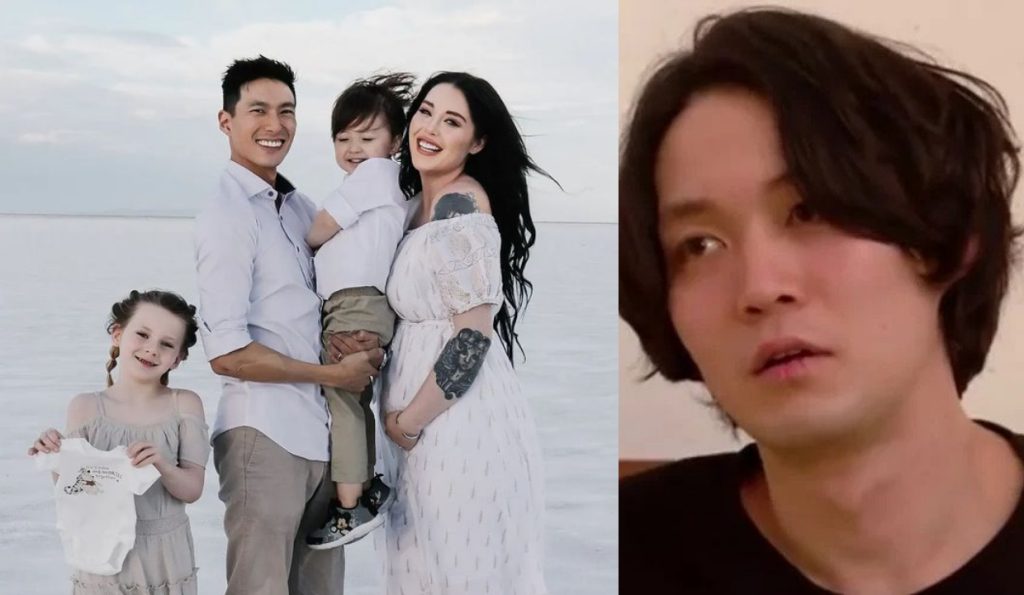 Deavan Clegg and Jihoon Lee’s divorce has been in the limelight for a long time now. Although the former couple shared their journey on 90 Day Fiance: The Other Way, they couldn’t make it work. Alas, the distancing between them also caused a lot of delay in getting separated officially. However, Deavan opened up about a lot of shocking things through her social media about her relationship. Now, she claims that her current partner Topher Park is willing to adopt her son, Taeyang. Keep reading to know what went down.

As Deavan Clegg finally announced her divorce from Jihoon Lee, a lot of shocking things came into the public eye. It turns out that the Korean man is completely cut off from not just his former wife but also their kid, Taeyang. At the end of 90 Day Fiance: The Other Way, the woman ends up going back to Utah with two of her kids. Well, their relationship came to an end soon after. As per the 25-year-old, she now has full custody of their son. Apparently, this happened when the foreigner refused to show up for multiple court hearings. Now, Deavan states that their son is three years old.

In fact, the child has gotten used to calling her current partner, Topher Park, his dad. Moreover, both of them share a wholesome relationship. In contrast, his biological father, Jihoon Lee, has not even met his son since the little one was 13 months old. It turns out that Deavan’s Instagram stories also stated that her current beau, Topher, might just adopt Taeyang as his son in the future. Apart from this, the couple is going to be parents for the first time and getting ready to welcome their baby together. In fact, it would be the Utah resident’s third baby and Topher’s first.

Another shocking revelation from Deavan was that most of her and Jihoon’s relationship on the show was fake. In fact, they took a mutual decision to continue filming for the series as they had debts and “medical bills” to pay. Moreover, their relationship was headed nowhere as they didn’t have a “romantic connection”.

Although 90 Day Fiance fans often sided with Jihoon during his time on The Other Way, these accusations by Deavan have made them see him in a new light. Even if the former wife came out with domestic abuse claims, the fanbase took two sides where some believed her, and some stated she was lying. However, Jihoon has been in deep waters lately. It all began when he ended up removing all his pictures with his son Taeyang from his social media. Hence, viewers criticized him for not maintaining a bond with his baby boy.

Now he took to social media to show off his new hair. Moreover, he got a “natural ironing perm” and put up a bunch of pictures with this hairstyle. Hence, 90 Day Fiance fanbase quickly understood that it was his way of moving on from the divorce. Apparently, he also thanked his hairstylist for making him look “cool”. Despite this, lots of fans took to the comment section to slam him for being aloof from his biological son’s life. Yet, he has not yet responded to the backlash so far. Stay tuned to TV Season & Spoilers for more such 90 Day Fiance news.