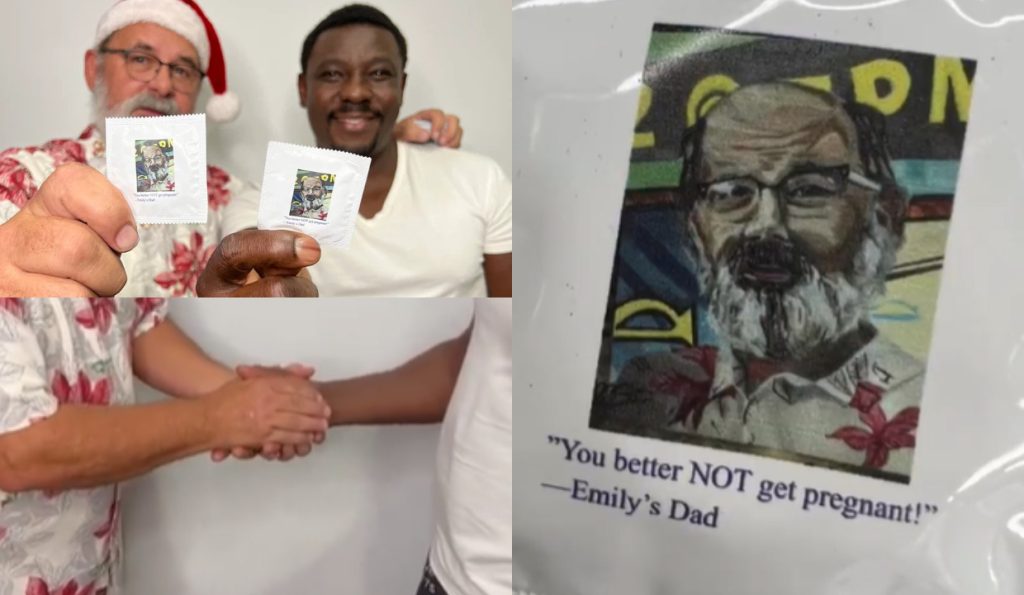 The 90 Day Fiance, Emily, and Kobe made their debut in the franchise earlier this year. Apparently, the duo had previously crossed each other’s path in China and got pregnant. However, fans remember that Emily’s dad warned his daughter to be careful and not to get pregnant the next time she meets Kobe. This hilarious incident has its own importance as the patriarch has decided to launch an entire business just based on this. We know that you have guessed it right, but to know more, keep on reading as we have all the information.

The 90 Day Fiance star Emily’s dad has been making headlines lately. Apparently, it isn’t the first time that a franchise’s cast member or a relative has started something after appearing on the show. But Dave’s business is creating controversies because of its hilarious concept. Fans might remember that the patriarch warned his daughter, saying, “better not get pregnant”. Hence keeping this incident in mind, the celeb’s father decided to launch a condom enterprise.

Not only this, but in the recent commercial of the product, Dave decided to cast his daughter and son-in-law! Apparently, the advertisement features Kobe and Emily getting into a hot and heavy situation

on a couch. Amidst all this, Emily asks her partner if he has ‘protection’ with him. She further claims that she cannot afford to get pregnant in this house again, referring to her second pregnancy. However, the Kansas native further asks Kobe to check his wallet. Hence, Kobe finally finds one which is of Dave’s brand. Evidently, the packing is more hilarious than the concept itself.

As per the commercial, each condom comes in separate wrappers. It has Dave’s face on it saying, “You Better NOT Get Pregnant – Emily’s Dad”. Hence, this reminds the users of the hilarious incident. However, the audience had mixed reactions to the concept. Some praised it for its uniqueness, while others objected that Dave took his own daughter in the commercial and watched her getting into a hot and heavy situation with her husband. Yet, in all, 90 Day Fiance fans loved the family humor and praised the stars for bringing this concept into the limelight and earning from it as well.

90 Day Fiance: Is Emily Having Her Third Child Now?

Kobe and Emily have now done a commercial for condoms, swearing that they don’t want to get pregnant again in the same house. However, is the 90 Day Fiance couple planning their third pregnancy? Fans have witnessed that the duo had to undergo not one but two unplanned pregnancies in the past. However, it seems that the star couple handled it with grace and maturity and are now proud parents of a boy and a girl. Yet, it appears that Emily and Kobe might be ready to welcome another little one to their family.

Apparently, in a recent Q&A session on Instagram, Emily asked her fans to ask her anything. Hence, a fan asked her if there were any baby girl names that the star had in mind but didn’t use earlier. The TLC celeb replied with a cute picture of her daughter. And said that she had a couple of names in her mind. Not only this, but it was really difficult for her to choose between two names. But Emily clarified that she wouldn’t reveal the names as she is saving them for their future daughter. This hints that the couple isn’t considering their family to be complete and might plan to have kids in the future. Keep coming back to TV Season & Spoilers

for all the latest 90 Day Fiance tea.