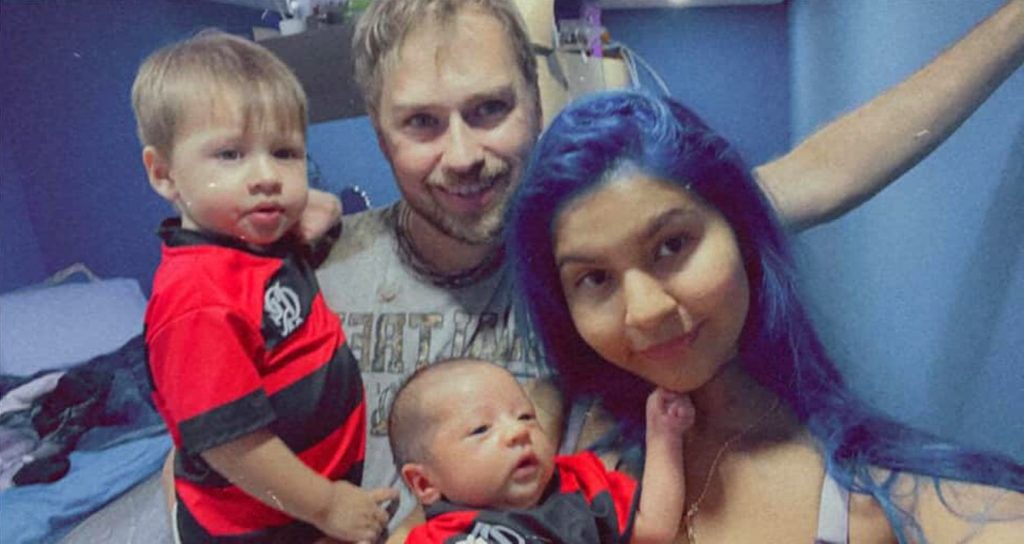 TLC: PAUL AND KARINE WITH THEIR KIDS PIERRE AND ETHAN
90 Day Fiance

Paul and Karine had a very questionable relationship when they starred in 90 Day Fiance. Yet, they continued to see where it went. So, they ended up marrying one another and starred in the spin-off to depict their US move and also the birth of their kids, Ethan and Piere. But TLC had to fire them after shocking crimes like sexual abuse and domestic violence came into the limelight. As of June 2022, they also ended up losing custody of their kids. First, they were with CPS, i.e., Child Protection Services, and later foster care. Now latest details reveal that the boys are doing well with a new family. Keep reading to know more information about this.

Paul Staehle and Karine Martins leave a lasting impact on the 90 Day Fiance fans. But it wasn’t because of their fruitful relationship. In fact, they had to deal with a lot of problems and hardships. Later, things took a very drastic turn when the couple came up with disturbing allegations against each other for domestic and sexual abuse. So, the court took away their kids’ custody, considering them unfit to take care of their kids. The couple’s kids, Ethan and Pierre, have been with a foster family after CPS, i.e., Child Protection Services, put them there. Currently, the parents are battling to regain custody.

As per InTouch, a source revealed that the boys are “thriving” and have also “changed” majorly. While Pierre is three years old, his younger brother Ethan is almost two years old. They also spoke of the foster family and stated that the little ones are “loved” and “cared for” greatly. In fact, the whole foster family embraces them. They aren’t even on any social media platform, which has been “good” for Paul and Karine’s kids. Moreover, they seem happier in foster care compared to their pitiful life with their parents. While Paul fled the country and is in Brazil, his ex-wife has been following the court rules to regain custody of the boys. The 90 Day Fiance couple keeps posting updates about their court proceedings on social media.

As mentioned above, Karine and Paul continue to be troublesome despite losing their kids’ custody. While the former has been upfront about her loss and having a hard time dealing with the case, her ex is indifferent. In fact, the man has been in Brazil and fled from America since there was a missing person report under Paul and his son’s name

. While both the boys are under foster care with a new family, the 90 Day Fiance star has been dating 18-year-olds in the foreign country. The fanbase continues to slam him for his disturbing behavior, but Paul never seems to learn. Lately, the ex-castmate put up an Instagram story sharing a recent update from the court about the custody battle.

Paul Staehle took to his Instagram to post that he and Karine have to show up in court. While his ex-wife went alone, he attended it virtually. Apparently, the hearing was to determine the future of the couple’s kids, and he prayed for the “best.” However, there has been no follow-up update since this. But the latest source talking about Ethan and Pierre’s foster family suggests that the pair probably lost custody yet again. Yet, there is no official statement yet confirming this. Thus, the fans are looking for an update to know for sure. Both Karine and Paul have not opened up about the matter on their social media either. For all the latest 90 Day Fiance news, stay tuned to TV Season & Spoilers.