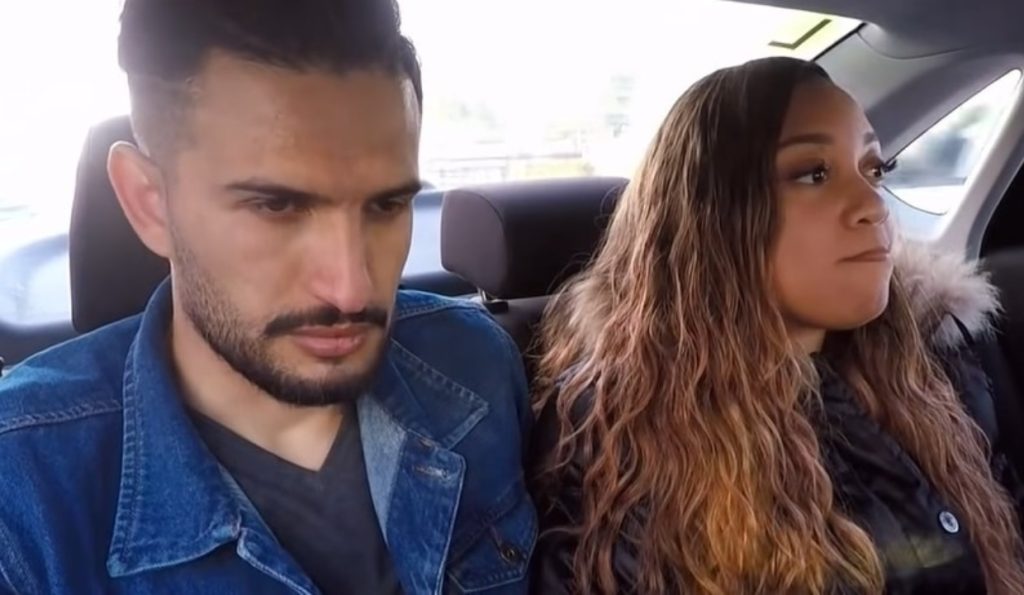 Hamza and Memphis made one of the most controversial couples that depicted their storyline on 90 Day Fiance: Before the 90 Days. The latter flew to Tunisia to meet her man. They had a lot of issues in their relationship owing to their cultural differences, language barrier, and also the foreigner’s refusal to sign a prenup agreement. At last, they discovered that they were pregnant with a baby girl. By the time Hamza moved to America, their relationship detoriated, and they split. This also kept him from seeing his daughter. The latest development, in this case, suggests that he just won a custody battle against Memphis!

90 Day Fiance: Hamza Shares He Is Happy To Meet His Daughter After Winning Visitation Rights From The Court!

Hamza and Memphis had a roller coaster relationship when they starred in 90 Day Fiance. After they had issues in terms of the prenup, their culture, and the involvement of Memphis’ ex in their lives, the couple tied the knot. They overcame these obstacles. They also found out about Memphis’ pregnancy during their honeymoon. Together they had a baby daughter. The Tunisian man was also able to come to America after getting his visa, as evident in the Tell All episode. However, their relationship began to deteriorate after this. The duo made several posts hinting they hit a rough patch.

At last, Memphis finally confirmed that she is a single mom through an Instagram Reel. Hamza moved to Chicago after their split. The latter wasn’t able to meet his daughter either after this. Moreover, his ex was keeping him from doing so. Hamza and his sister Rawia shed light on this matter through Instagram and called Memphis “cruel” for keeping a father away from his daughter. At last, InTouch reports that Hamza and Memphis got into a custody battle for their baby girl. The former now has visitation rights to see his little one under supervision.

Hence, the man announced this wholesome news through Instagram. He also thanked America’s law and order system for providing him justice. His ex Memphis Smith has been mum since the court verdict. The 90 Day Fiance audience is in favor of Hamza and was happy for his win.

90 Day Fiance: Hamza Shares He Is In Pain, Wants To See His Daughter!

As Hamza Moknii moved to Chicago, he began sharing a lot of pictures from his life there. Many 90 Day Fiance viewers appreciated him for making things work on his own while others trolled him. A lot of haters speculated that the star is ignoring his responsibilities as a parent. Hence, the star moved into another state to start a new life. Well, Hamza had been quiet about this matter for a long time until he could. He made a post on Instagram explaining his circumstance. The star stated that he knows what people say behind his back.

Hamza clarified that he is not in Chicago “having fun”. Instead, he is in pain. His heart aches for not getting to see his daughter. However, he puts on a brave front and smiles. But really, Hamza is “broken inside”. The 26-year-old stated that he would be fine only after getting to see his daughter. He shunned the haters at last by stating that some of them didn’t know his pain. His supporters assured him things would be in his favor and told him not to lose heart. Keep track of all the latest 90 Day Fiance updates on TV Season & Spoilers.