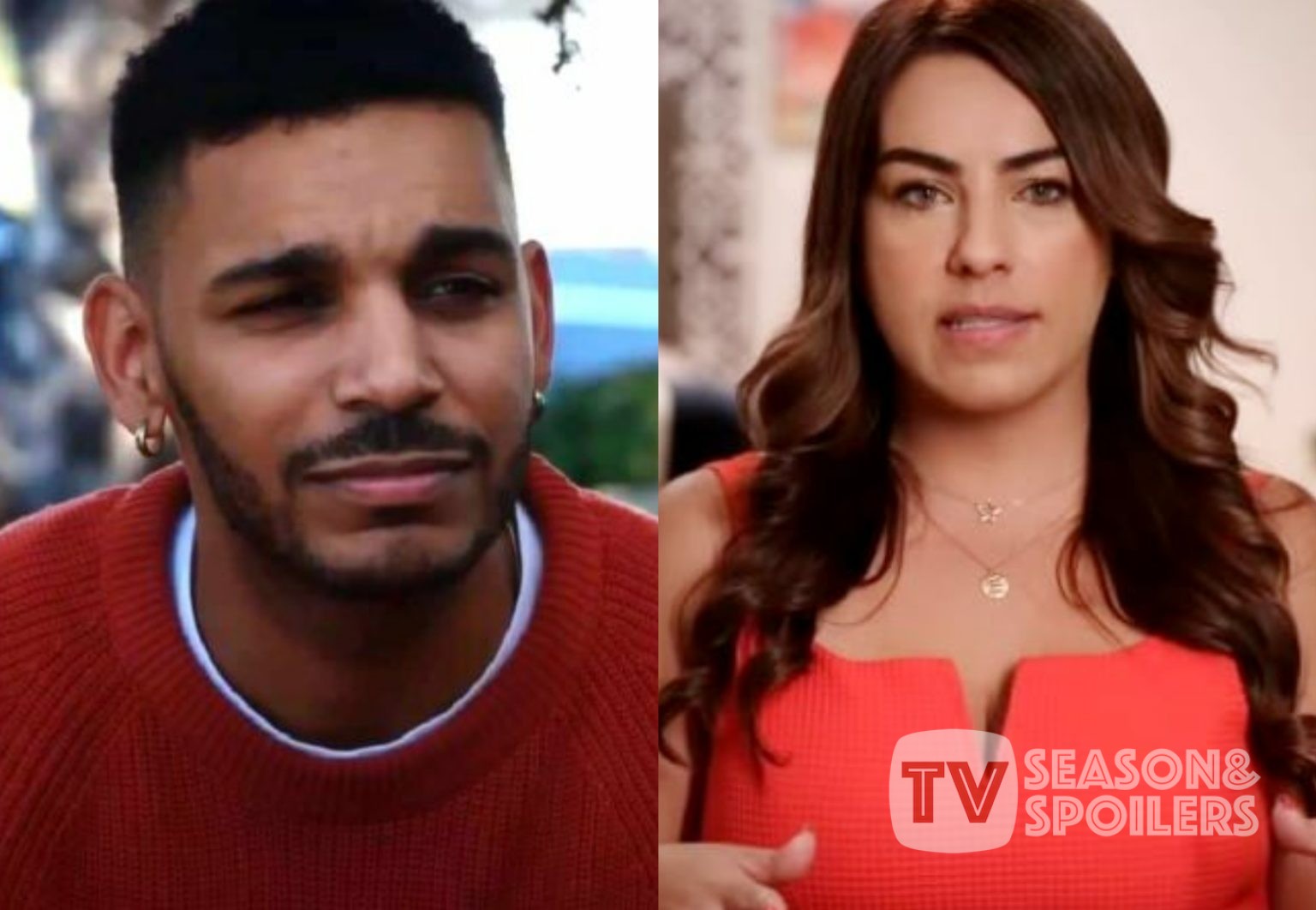 It has been a while since the world speculated that the 90 Day Fiance stars Jamal and Veronica are dating. Apparently, the makers decided to keep Jamal’s identity hidden for a week. Hence, Fans literally turned into agents who were collecting clues and joining the dots to prove their point. However, Kim’s son was finally reintroduced to the world in the recent Tell All as Veronica’s new partner. But it seems that some eagle-eyed fans have found some clues that might hint that the new couple’s storyline is scripted. We have all the information you might wish to know, so keep on reading.

The 90 Day Fiance fans know that Jamal hasn’t been an actual cast of the show ever. But when he made his debut with Kim, fans instantly liked him. Apparently, his balanced mind and calmness were something worth noticing. But as they say, losing all you’ve earned doesn’t take a second. Hence, the same happened with Menzies. Since Jamal announced his relationship with Veronica, fans’ perspectives toward him have completely changed. Not only this, but lately, the world is speculating that maybe the duo is just acting up to roles that are all scripted.

Lately, fans have been investigating and marking all the clues. Hence, there are several instances that might hint that Jamal and Veronica are not a real-life couple. Apparently, the North Caroline native went against her own ideology. In fact, during her breakup with Justin, Veronica claimed that she wants a husband and not a fu*k buddy. But now it seems that she is with a person who has no intentions of marrying her and is with her just because of intimacy. Not only that, but the 90 Day Fiance seems to be really fine with it.

In addition, the viewers remember Tim’s face and expressions when Jamal made his entry. Apparently, he was quick to say that the San Diego native has a lot of red flags. He also slammed that his ex was dating someone younger and wasting her time. But the shocking part was when Jamal posted a picture with Tim the next day! Apparently, the duo was hanging out together without Veronica. Hence, Tim’s disdain towards Jamal was possibly scripted, and they are good friends in real life!

The 90 Day Fiance star Jamal Menzies was serious when he said that he is open to dating other women. Apparently, the duo revealed that they are in an open relationship in the recent Tell All. Though Veronica made it clear that she is too lazy to hunt other men, it seems that Jamal meant each and every word of it. Hence, nothing can pass unnoticed by the eagle-eyed fans of the reality show. Apparently, just after the duo declared that they are seeing each other, a fan found the San Diego native’s profile on a dating app

Hence fans took to Reddit and discussed the thread. Not only this, but the profile had a celeb’s picture, and his credentials matched Jamal’s as well. Though fans knew that Jamal had already made it clear that he is seeing other women, it was disappointing for the viewers. Hence, they think that the couple isn’t an ideal match and they are simply together either for fun or for fame. However, it will be interesting to watch how their storyline will proceed further and if they are genuinely interested in each other or not. Keep coming back to TV Season & Spoilers for all the latest 90 Day Fiance tea.