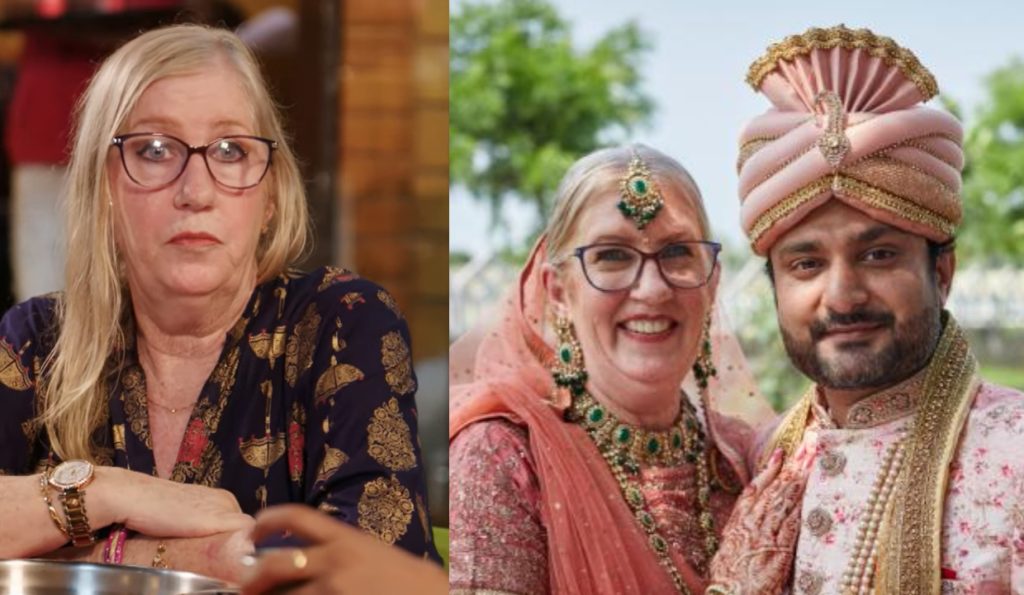 90 Day Fiance: Jenny Says “We Still Can’t Be Happy” Even After Marrying Sumit

Sumit and Jenny became the talk of the town soon after their debut on 90 Day Fiance: The Other Way. Well, things have changed drastically since their first time on TV. After going through multiple hardships, they are now living together happily as a married couple. Therefore, TLC roped them in for another spin-off, and soon they will star in Happily Ever After Season 7. Well, as per a new promo, there seems to be some trouble in paradise for the couple. That’s because Jenny says the couple still “can’t be happy” despite marrying one another. Keep reading to know more about this.

Jenny and Sumit had been in a relationship with one another for almost a decade. It all began when they started talking to one another on Facebook. At last, their bond grew so much that the American woman left everything to come to settle in India with him. During their stay here, they had multiple problems, like Sumit’s previous marriage, his parents disapproving of their bond, and so on. However, they listened to their heart’s desire at last and got married to one another in a private ceremony. Well, Sumit’s parents didn’t know about this major milestone

As per a new promo by ETOnline, Sumit and Jenny finally talk about telling his parents. While Jenny is absolutely against the idea, her husband wants to confront them. That’s because he feels it is important for children and their families to have a good bond. On the other hand, the American woman suggested keeping things as they are and moving to another state to live peacefully. However, the Indian man already had plans to call his parents over. He wanted to tell them about his wedding before anyone else would break the news to them. In that case, they would feel utterly betrayed by their own son. At last, Jenny said that Sumit’s mom and dad’s involvement would mean they won’t be happy even after marrying one another.

90 Day Fiance: Jenny Shows Off Her New Skill, Rollerskates To Prove She Is Beyond Fit!

Jenny and Sumit are going to be the new couple to star in 90 Day Fiance: Happily Ever After. Initially, fans followed their journey in The Other Way franchise. In the finale of the same, they got married in a traditional Indian ceremony. As it was a private affair, not even Sumit’s family had any idea about it. Hence, their journey in the new season will have the Delhi native finally breaking the news to his mom and dad

. Moreover, 90 Day Fiance fans will also get to see the aftereffects of the same. The series is all set to premiere on TLC on August 28, 2022.

While the fanbase is excited about a new season, TLC shared a fun new video on their social media for the same. It had Sumit and Jenny rollerskating together. Well, viewers were really surprised to see the latter indulge in such an activity and do it with so much enthusiasm. There was also a part where she slipped. Hence, the viewers had a laugh about it while hoping it was just a minor accident. Keep track of all the latest 90 Day Fiance news updates only on TV Season & Spoilers.