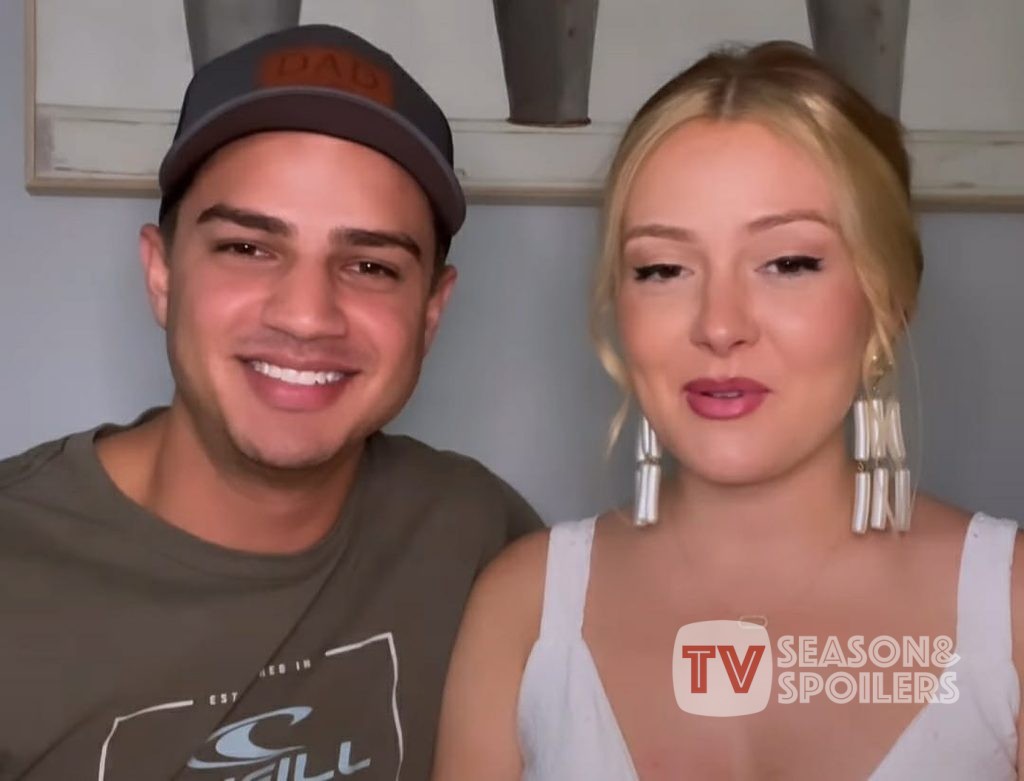 The 90 Day Fiance Season 9 has finally come to an end. Surprisingly, all the couples tied the knot at the end of their journeys this season. Kara and Guillermo were also featured this time. The couple got married recently and has now revealed they are expecting their first child. The two of them met when the American native was transferred to the Dominican Republic for her work. She met the Venezuelan man there and fell in love. Although she traveled back to her country during the lockdown, Kara continued her relationship with Rojer. Later, Guillermo joined the American beauty on a K-1 visa, and their love story was featured on TLC’s popular reality TV show. After a long roller coaster ride, they finally landed in a safe spot. Keep reading to know more about their pregnancy.

This 90 Day Fiance couple has struggled a lot in their love journey. Firstly, they had a major age gap. Guillermo is younger than Kara. Although Kara was not bothered by the age difference, she had other issues with the relationship. Meanwhile, the Venezuelan native felt restricted with his partner. He was worried because of Kara’s party girl lifestyle. Moreover, after he found out about Kara’s cheating scandal with her ex-boyfriend, Guillermo was confused to focus on their relationship or not. Despite multiple failures in the initial days of their love journey, the couple walked down the aisle together.

They are happily married now and will finally be starting a new chapter of their life. Recently, the Virginia native took to her Instagram account to unveil her budding baby bump. Kara and Guillermo announced that they are expecting

their first child together. The reality television star shared a reel on Instagram that features some latest photos with her handsome husband, Guillermo. In the video shared, the couple opted for matching black outfits. Bass was seen in a one-shoulder black gown with her hand on her baby bump. Whereas, Rojer wore a blue shirt with a black blazer. The parents-to-be looked super cute in the pictures.

All couples from 90 Day Fiance Season 9 seem to have had happy endings. Firstly, all the couples got married, and now three of them are expecting their respective babies. Emily and Kobe’s pregnancy was already revealed during the filming of the season. Emily got pregnant with their second child, and the couple was seen struggling to hide the pregnancy news from her parents. As the show concluded, Patrick and Thais also announced pregnancy news. Thais is expecting her first baby.

They revealed the good news in the couples Tell All episode. Talking about the pregnancy, Patrick and Thais said they are excited to welcome their first baby. Moreover, the couple also thanked the fans and friends for their love and support. They recently posted pictures with an Ultrasound image of their baby. By looking at the picture, a lot of fans think that Patrick and Thais might be expecting twins. What do you think? Did you like the latest season of 90 Day Fiance? Let us know in the comments below. Stay tuned to TV Season & Spoilers for all latest updates.