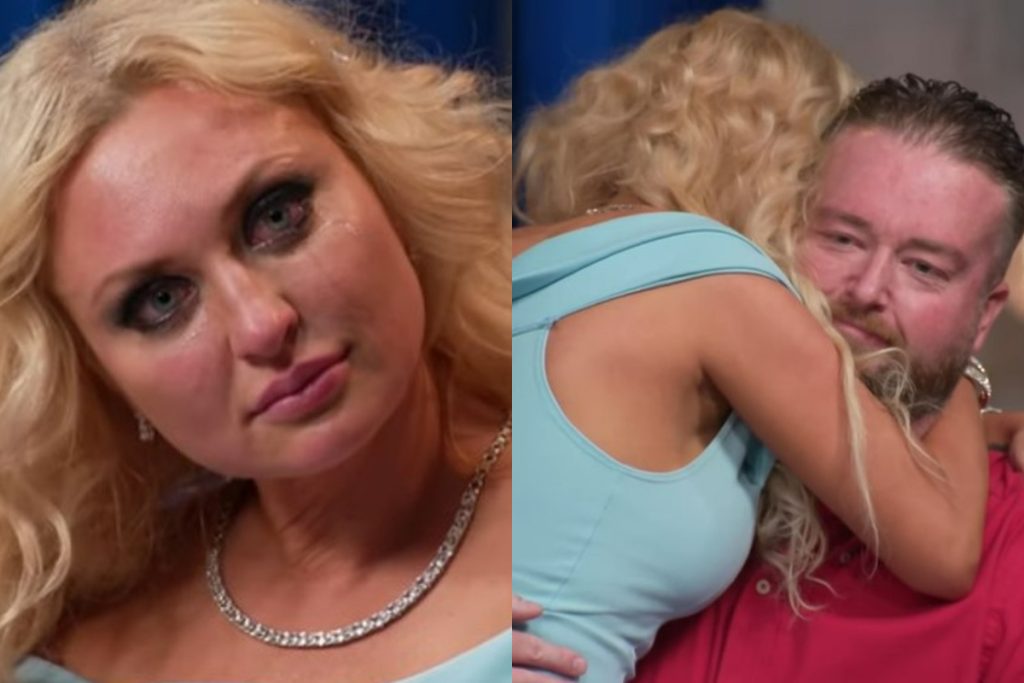 90 Day Fiance: Natalie Refuses To Divorce Mike Sits On His Lap During Tell All

The 90 Day Fiance celebrity Natalie is one of the most chaotic members of its cast. Apparently, she never knows what she wants in life. Mordovtseva was head over heels in love with Mike, and it seemed that marrying him would be the greatest gift of her life. Hence, the couple walked down the aisle despite issues. As expected, Natalie then made several accusations against Youngquist and left. Apparently, as per the current status, she is in a relationship with Josh while being in a marriage with Mike. In the recent Tell All episode, the Ukrainian star finally decides whom she wants to live with for the rest of her life. We have all the information you might wish to know, so keep on reading

The 90 Day Fiance fans know that Natalie and Mike have had a very chaotic history together. Apparently, the former accused her husband of cheating and ended up leaving him. Then, she started afresh with her new boyfriend, Josh. But it seems that the Ukrainian star is now in a situationship where she isn’t divorcing Mike and doesn’t even want to leave Josh. In the latest Tell All episode of The Single Life, Josh, Mike, and Natalie tried to resolve their issues with host Shaun Robinson.

During the episode, Shaun directly confronted Natalie about why she wasn’t divorcing Mike and if she still loves him. The 35-year-old Ukrainian beauty was taken aback as tears poured down her eyes. Strangely, she then asked Mike, “Do I still love you?”. As expected, Youngquist laughed and said that this was the same question he had been asking her for three years. However, Mordovtseva continues to explain that her husband has been there for her for seven years now. Whatever she does, Mike isn’t ever leaving her life. But the 90 Day Fiance star still doesn’t know if she loves Mike or not because the pain she inflicted on him couldn’t be done if she really loved him.

However, Natalie had made her point clear that she wasn’t divorcing Mike. Apparently, the conversation continued further when the host asked Mordovtseva whom she wanted to choose. Hence, as expected, there was a huge awkward silence. And that is when Mike intruded and said that maybe Natalie wasn’t ready for a relationship

. Not only this, but while he was still continuing, she walked towards him, sat on his lap, and hugged him tightly. Natalie continued to say that, yes, she wasn’t ready for a relationship as she was really struggling. However, the entire room was shocked when Veronica chimed in and told Josh that this was the time he must break up with Natalie.

90 Day Fiance: Natalie Confirms That Her Storyline With Mike Was Scripted

Many 90 Day Fiance fans are well aware of the fact Natalie ditched her vows with Mike and left him. Yet, she claimed that she never took a step back from her duties. It has been a while since Youngquist has been helping his ex-wife’s mother, even after she chucked him off. Evidently, he has been helping her financially and also rescuing her amidst the war going on in Ukraine. Hence as per the show, Natalie only came back to talk to Mike when she got to know that he had been helping her mother.

But as per Natalie’s claims, this was all scripted, and things were different in real life. The Ukrainian beauty claims that she never stopped talking to Mike in the first place. Amidst all the choices, she never lost touch with her husband. The 35-year-old revealed in a cameo that initially, Mike wasn’t ready to shoot. But things were never like what they have been shown. Hence as per the celeb’s claim, there is a possibility that Mike and Natalie’s storyline was a bit scripted. Keep coming back to TV Season & Spoilers for all the latest 90 Day Fiance tea.